Moving Into The Fuel Injection Market 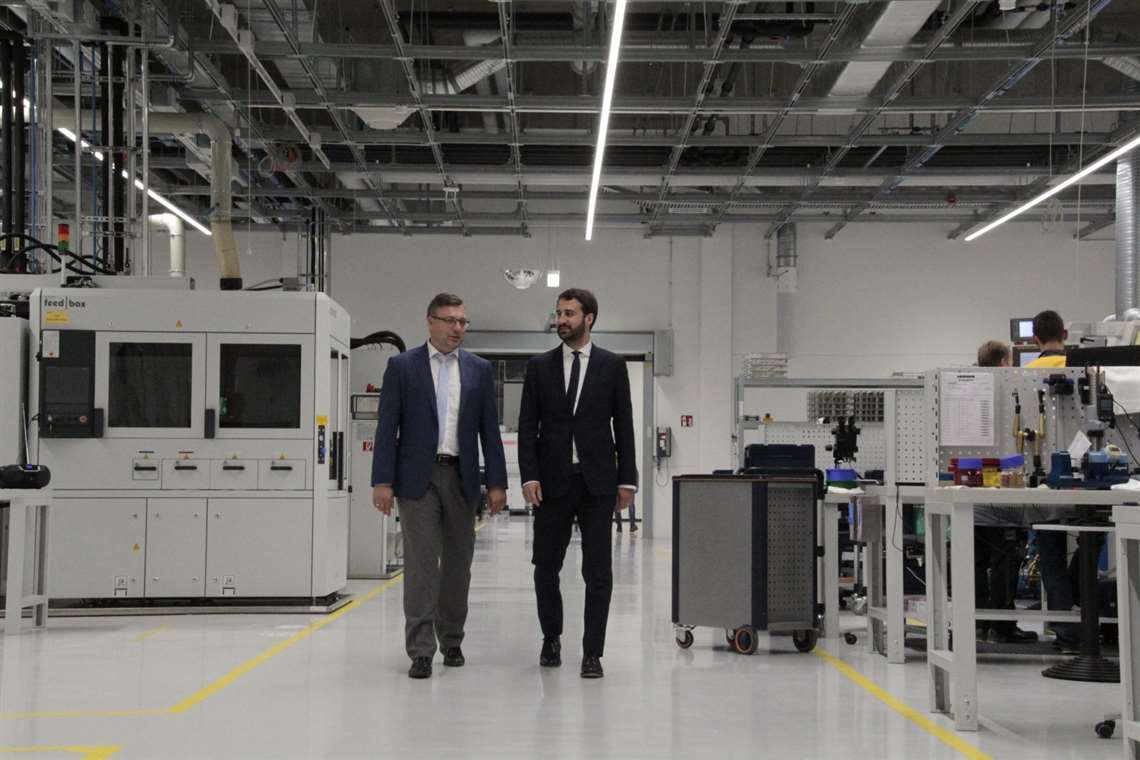 Liebherr Components is ramping up its production of common rail fuel injection systems in a green field plant officially opened in 2016 in Deggendorf, Southeast Germany.

Investments on the development and production of common rail systems started at the Liebherr plant in Bulle, Switzerland, in 2008. At that time the plan was to supply Liebherr’s own engines with a key component that was previously outsourced.

In the following years, the plan was adapted to target the open market as well, so that Liebherr could supply other engine manufacturers with its own systems. The investment was not a small one: A €45 million initial investment for the Deggendorf plant alone. Maximilian Schaut, managing director sales & finance of Liebherr Components in Deggendorf, said that this investment fell within a broader plan aimed at the whole Liebherr Components Division to totally change the face of the company, transforming it into a premium supplier of diesel and gas engines and a number of related components, including fuel injection systems.

He explained that Liebherr’s history in Deggendorf started with the acquisition of a previous local supplier of precision parts in 2012.

“The decision to build around this core competence for our future business was made in 2015,” he said.

Liebherr’s Managing Director Engineering & Production for the Common Rail Systems (CRS) business unit, Richard Pirkl, said the new plant covers an area of 32 000 m2, with 10 000 m2 dedicated to production. The Deggendorf factory includes development, manufacturing and assembly of the common rail components, and is the administrative headquarter of the CRS business unit.

Both product families are currently released for a working pressure up to 2 200 bar. While the first family proposes two injector variants, top and side feed, together with a two-piston in-line pump, the second family uses injectors with an integrated high-pressure accumulator in combination with a five/six piston pump version. Both high-pressure pumps have a low-pressure G-rotor pump on board.

However, the increase of the working pressure up to 2 500 bar is already on-going, said Pirkl. In fact, the brand-new LI1 21-mm injector released for 2 500 bar working pressure will be presented for the first time at the IAA Commercial Vehicle show in Hanover, Germany. The new high-pressure LP7.2 is an oil-lubricated two-piston pump designed to withstand the increased 2 500 bar injection pressure and to be compact and lightweight thanks to the construction as a roller tappet pump.

Liebherr’s common rail portfolio is completed by the engine control units (ECU), developed and produced in the Liebherr plant in Lindau, Southeast Germany. The ECUs are available in three sizes: for four and six-cylinder applications, up to eight cylinders and up to 12 in a stand-alone configuration. In master-slave configuration Liebherr ECUs can support engines up to 20 cylinders. All Liebherr ECUs can integrate and control in a parallel engine, exhaust gas aftertreatment and fuel injection/common rail.

Software development, system validation and integration, as well as system calibration, are carried out in Bulle that is the competence center for Liebherr diesel engines.

According to Pirkl, one of the most interesting characteristics of the Liebherr injectors is the three-way control valve that allows for a fast needle closing and for very low switching leakage. Liebherr injectors are also released for several fuel types, among others Arctic fuel diesel and B30 biodiesel fuel, as well as China fuels.

Going back to the new plant, Pirkl added that the facility provides a fully air-conditioned production floor, which is essential for high-quality production of parts in the micrometer precision range.

“The production floor is divided into three main areas: drilling, grinding, and finishing/assembly; the assembly lines are located in a clean room area, which is expected to double in size in the near future—a second automated line is close to completion and an assembly line for the LI3 injector platform is under construction, as well,” Pirkl said.

Production of the whole series of high-pressure common rail pumps is expected to be moved from Bulle to Deggendorf mid-2019. By then, the Deggendorf site will become Liebherr’s all-around competence center for fuel injection components and will employ about 250 people, a sharp increase on the 45 people employed in 2015 before the new plant was built.

In terms of market availability, Liebherr has currently projects as well as commercial discussion on a worldwide level. According to Delai, Asia represents today the main market for Liebherr.

However, the USA and Europe surely are markets where Liebherr intends to work intensively in order to expand its own presence in the common rail business, thanks also to the reputation of Liebherr as a well-known brand.