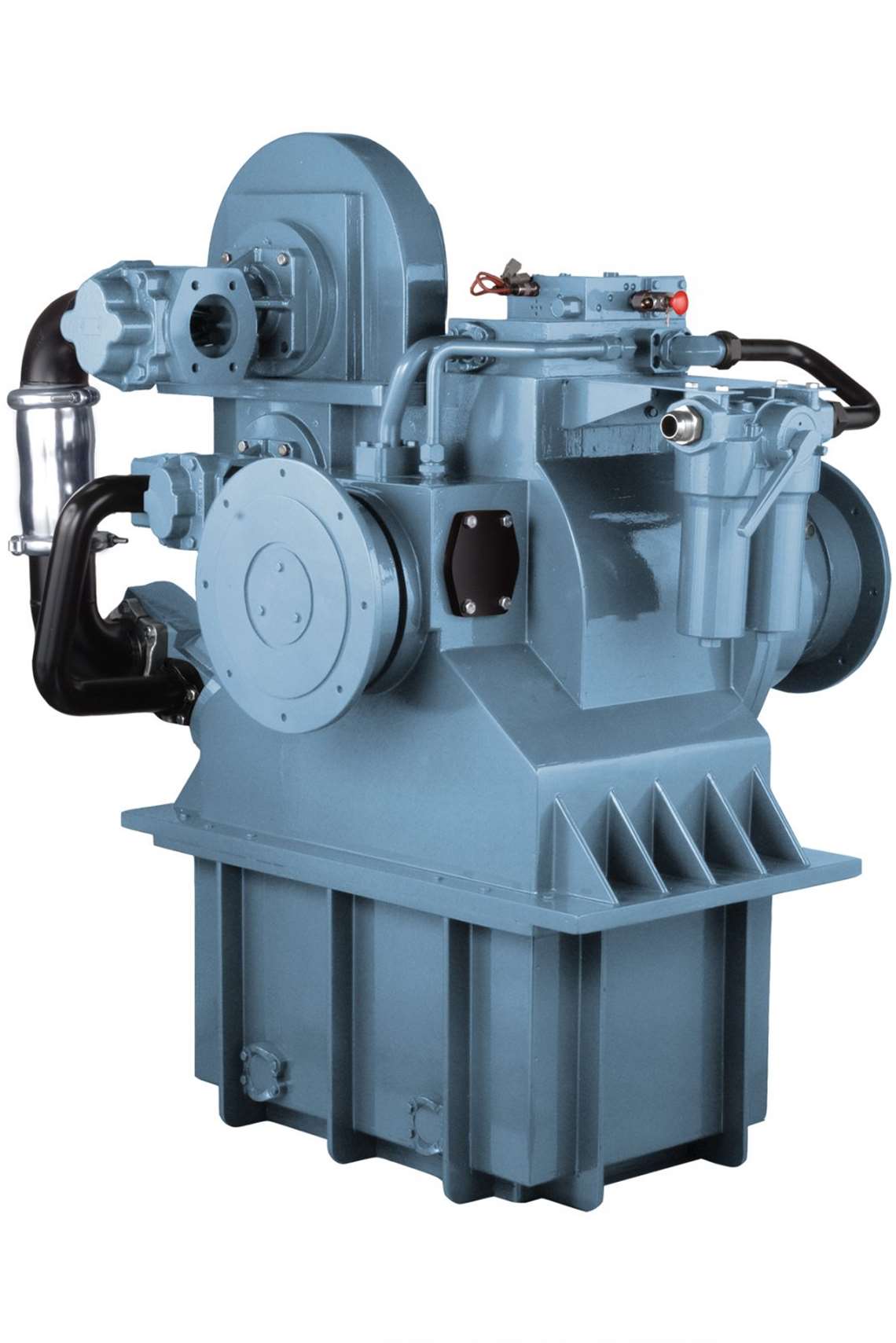 For a 100-year-old company, Twin Disc is acting awfully spry.

“It’s been a really good year in many ways,” said Dean Bratel, vice president, Sales & Applied Technology for Twin Disc.” Celebrating a 100th year is a milestone for any company and where we started—supplying clutches to a farm tractor company—to where we are today is pretty remarkable.”

Twin Disc also debuted a new series of marine control drives. The company has had a slipping clutch drive for more than 30 years and the new line builds on that legacy, Bratel said.

The newly released MCD Series includes the MCD-2000, MCD-4000 and MCD-5000. The MCD Series is designed to deliver two-in-one operation, performing as a fixed ratio drive when underway and as a variable ratio drive when a power divider is required. The series is designed for any azimuth drive vessel requiring highly accurate dynamic positioning (DP) or extreme slow-speed maneuvering and can provide the ability to split main engine power to another operation, such as driving FiFi pumps, lifting cargo, hauling lines or turning generators.

“It’s used in mostly tugboat applications where they need to have the firefighting equipment on it, so it allows the propeller to slip anywhere from zero to full speed so they don’t have to have a controllable pitch propeller,” Bratel said. “It reduces the complexity of that technology with the use of our clutches.”

Slip at any engine speed can be accomplished based upon specific application criteria. Twin Disc engineers will assist in customizing the control drive for the unique needs and power configuration of the vessel, including an optional high-power PTO to drive auxiliary equipment.

HD slips up to the rated engine speed with the capability to dissipate all heat generated when power dividing. It eliminates the need for auxiliary engines, Twin Disc said.

MCD Series bearings are calculated for high universal joint angles at maximum power. It provides easy, in-engine room maintenance, so there’s no need for diver assistance or dry-docking the vessel. All MCDs are fitted with an emergency “come home” device per classification requirements.

The company also released a new electronic control, primarily designed for marine applications, but which can be used on some of the company’s industrial clutches. The E600 builds on the company’s EC300 model, but is more compact and more powerful, Bratel said. The EC600 is designed to be an integrated control system that eliminates the need for remote mounting. The control box is prewired to the transmission, which eliminates extra wiring and labor. The only harness required is from the transmission to the control heads.

“It’s going to be mounted directly on our marine transmission instead of mounted on a bulkhead, typically in a hull,” Bratel said. “So a lot easier installation, more capacity, more power, more memory. Great thing about our controls is that we control the software. We do our own development—all the embedded coding we do in-house.”

“We want to grow the marine space, which is why we did the Veth acquisition,” Bratel said. “That got us into a technology that we didn’t have with the rudder propellers.

“They have a very, very good product line, very good market share in northern Europe, so they don’t have the market share that they wanted to have other regions, like the Americas and Asia.

Twin Disc started working with Veth about three years ago, Bratel said. At that time, Veth Propulsion selected Twin Disc as its distributor for select Asian markets. The relationship expanded with a North American distribution partnership in 2016.

“So that’s how it started…We distributed their products in North America, had numerous orders and then we just sort of grew the relationship through that to the point where we did the acquisition,” Bratel said.

“So you look at towboats, tugboats, some passenger vessels and they have more than just the steerable propellers,” Bratel said. “They’ve got bow thrusters, tunnel thrusters. They have a special technology called a Veth jet where it is a thruster but for shallow draft applications. So it sits on the bottom of the hull and it’s steerable so it’s used quite often in the passenger vessels on the rivers in northern Europe.”

Bratel said Twin Disc consolidated some of its operations during the downturn of 2014-15 and closed a warehouse in Jacksonville Fla., moving that work into the Racine plant for cost savings.

“Now that business has picked up, we’re sort of bursting at the seams at 21st St.,” he

said, referring to the company’s headquarters. “So we’re going to be moving our aftermarket business, our parts of business out to the interstate, an existing warehouse, but new for us.”

The company’s aftermarket business plant operation will move to the new facility just off the Interstate 94 in Wisconsin, and which will gives Twin Disc more flexibility in shipping and to run this business as a separate entity. Twin Disc is also moving its North American depot and industrial assembly functions to a new 50,000-square-foot facility in Lufkin, Texas, USA.

The new building will be the depot for products that comes in from Europe,

including marine transmissions, industrial clutches, pump drives and  gearboxes. Twin Disc will also have its industrial assembly at the Lufkin location, which is being moved from Racine. That facility should be operational in the latter part of 2019.

The city of Lufkin will finance the construction of a 50,000-sq.ft. building that will be in the City Industrial Park on Highway 103. In return for the incentive, Twin Disc commits to creating at least 50 new jobs in the next three years.

The two moves will free up at least 50,000 sq. ft. in the Racine plant, which will let Twin Disc expand its transmission assembly and test area and to install new machine tools.

In August, the company unveiled the Twin Disc Heritage Gallery at the company’s Racine headquarters to mark its 100th anniversary.

The gallery, which takes up roughly 4000 sq. ft. of the first floor of the Twin Disc corporate headquarters, includes products from the first marine transmission prototype to the E-Type flywheel clutch and Power-Shift Transmission. Also on display at the gallery are a variety of Twin Disc memorabilia, including a Wallis tractor equipped with a Twin Disc farm factory clutches, the product that helped launch Twin Disc in 1918.

The company will continue to look for ways to innovate as it heads into its second century, Bratel said.

“We’re always filling the gaps where we can,” he said. “When customers come in and they want something special—we do it for them. We really listen to the customers and that we either develop something new or modify something to meet their requirements.”