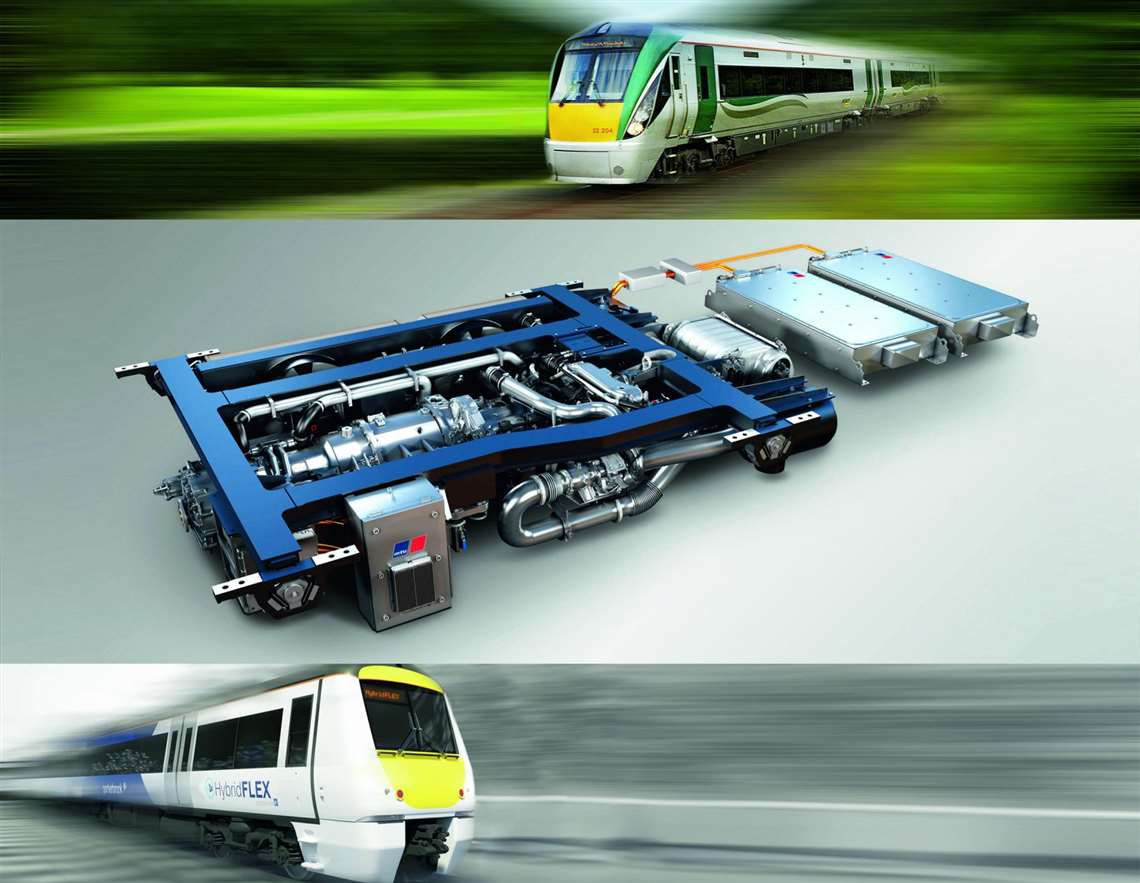 Rolls-Royce is touting what it calls a pioneering breakthrough for hybrid rail drive systems.

The company said both Iarnród Éireann Irish Rail, the state railway of the Republic of Ireland, and Porterbrook, the UK’s largest rolling stock leasing company, have signed contracts with Rolls-Royce to supply MTU Hybrid PowerPacks. By doing, the companies have converted commitments made in September 2018 at Innotrans, the world’s largest railway trade fair, into firm orders. Iarnród Éireann Irish Rail has ordered nine MTU Hybrid PowerPacks, with Porterbrook initially taking four. The Hybrid PowerPacks are to be delivered between May 2020 and the end of 2021. Both customers are evaluating the possible conversion of significant parts of their fleets to hybrid once successful trials of this cutting-edge technology are completed.

“We are proud to see the MTU Hybrid-PowerPack, which we’ve been pioneering for years, now establishing itself in the market as a leading-edge traction solution,” saud Jürgen Blassmann, head of Rail Business at Rolls-Royce Power Systems. “These first orders are a milestone as we transform the company from an engine and PowerPack manufacturer to a solution provider offering tomorrow’s sustainable traction systems.”

MTU’s Hybrid PowerPack are designed to be an environmentally friendly drive system that combines the benefits of battery-powered and diesel-powered traction systems. It combines an MTU diesel engine, built to EU Stage 5 requirements, with an electric unit that can function both as a motor and as a generator, and with the MTU EnergyPack battery system that stores energy recovered during braking. This enables, among other benefits, operations with zero local emissions under battery power. In station areas, traction noise is reduced by around 75% (20 dB(A)). Consumption and CO2 emissions are cut by up to 25%. Operating costs of vehicles fitted with hybrid drives are also significantly lower, and even brake pads and discs have reduced wear due to brake energy recuperation. As a result of the additional power of the electric machine, train operators also have the option to improve journey times through better acceleration.

Rolls-Royce said it has brought this technology to full-production maturity in recent years, making ongoing refinements. For this pioneering work, Rolls-Royce has now also received the Innovation Prize awarded by German rail sector publishing house Bahn-Media-Verlag: The MTU Hybrid PowerPack scooped the prize in the Energy and Environment category for its contribution to climate protection and resource conservation.

As part of its corporate realignment, Rolls-Royce’s Power Systems division is focusing on growing electrification and digitalization across all its drive and power generation systems. This concept also includes microgrids, intelligent distributed electricity supply systems which Rolls-Royce is using to actively support the green energy revolution.