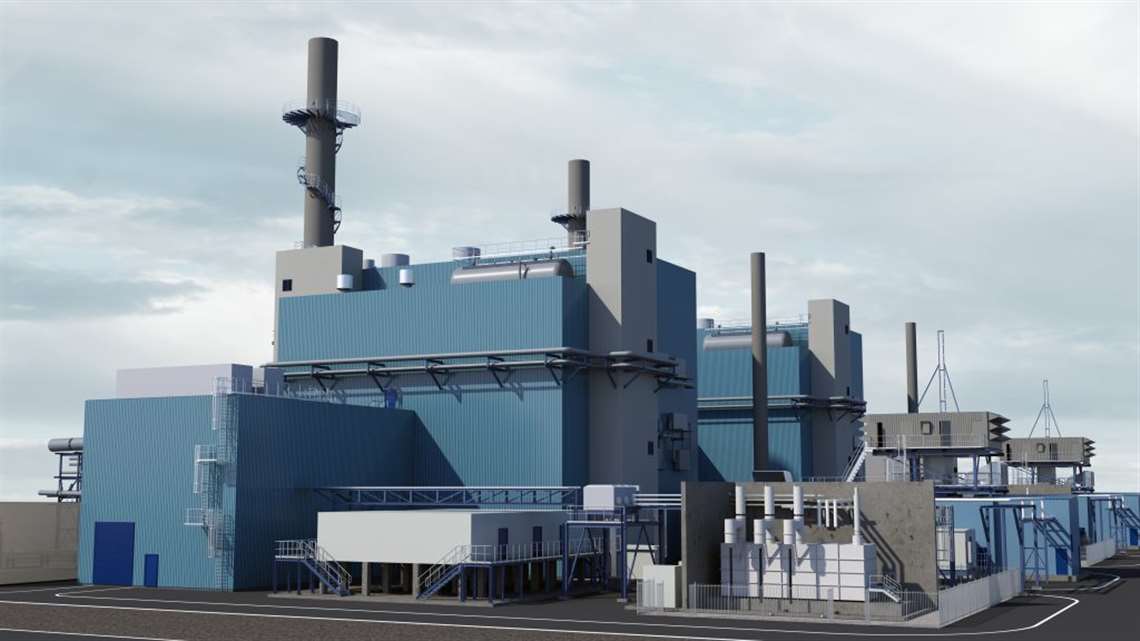 Siemens will build a combined cycle power plant as a turnkey project at the Marl Chemical Park in North Rhine-Westphalia, Germany for the specialty chemical group Evonik Industries.

The new industrial power plant will consist of two units, each with an electrical capacity of 90 MW, and produce both electricity and process steam for the chemical park. The site’s integrated steam network will also supply district heat for about 2000 homes in the future. The plant’s fuel efficiency will exceed 90%, Siemens said. With this combined cycle power plant, Evonik will replace its last coal-fired plant at the Marl Chemical Park. Because the plant will produce environmentally-friendly electricity, process steam, and district heat from natural gas, the company will be able to cut CO2 emissions by one million metric tons per year, the companies said. Construction is scheduled to begin later in 2019, and the power plant is expected to go into operation in 2022.

“In building this power plant, whose technical and commercial concept was worked out jointly between Siemens and Evonik, we’re helping Evonik significantly cut its CO2 emissions,” said Michael Becker, CFO of Siemens Gas and Power. “In addition, the state-of-the-art plant will ensure a reliable supply of electricity and process steam for the chemical park. The ability to use various gases as fuel is another benefit and further increases the plant’s economic feasibility.”

Siemens Financial Services (SFS), Siemens’ financing arm, developed a leasing financing solution specifically for Evonik in collaboration with Siemens Gas and Power. Together with the KfW IPEX Bank and LBBW, SFS will handle refinancing of the leasing agreement. The project volume is in the lower triple-digit million euro range.

“In deciding to build the new power plant, we’re ending our coal-based production of electricity and steam in Marl after more than 80 years, and cutting the direct annual greenhouse gas emissions of our plants by nearly one fifth worldwide,” said Thomas Wessel, Chief Human Resources Officer at Evonik. “We are pleased to have Siemens at our side, a reliable partner who is helping us to achieve our ambitious climate goals.”

“Siemens Financial Services’ structuring expertise and experience in the energy sector for years enabled us to offer a financing solution tailored to the customer’s needs,” said Veronika Bienert, CFO of Siemens Financial Services GmbH. “This made it possible to implement the project in close cooperation with Siemens Gas and Power, which is providing the technology and service activities.”

Siemens’ scope of supply includes the turnkey construction of two identical power plant units as well as one industrial gas turbine, and one industrial steam turbine for each unit. It also includes generators, auxiliary systems, and the control system. Siemens declined to release detailed information about the models of turbines to be used.

Siemens will carry out preventive maintenance work on both gas turbines for a period of 15 years under a long-term service agreement. This agreement also covers remote diagnostic services for daily plant monitoring and monthly analyses of the operating data. These digital services will ensure high plant availability.

Thanks to the use of special heat recovery steam generators and catalysts, the system can operate on natural gas as well as re-gasified liquefied natural gas (LNG), and various other gases, such as residual gas from production processes. Each power plant unit can produce not only electricity but also up to 220 metric tons of process steam per hour. Thanks to the plant’s high flexibility that enables it to compensate for the fluctuating infeed of renewable energy into the power grid and its ability to produce district heat, it is also supporting the energy transition in Germany.