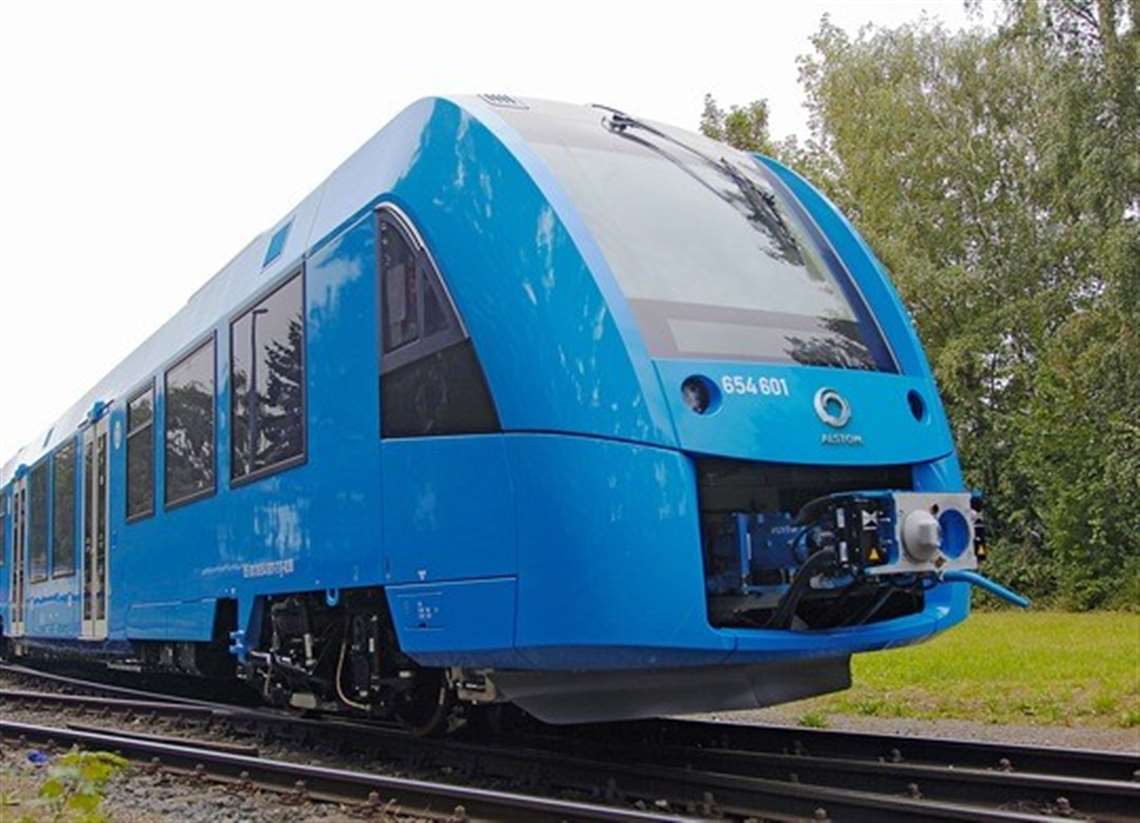 Akasol, a German developer and manufacturer of high-performance lithium-ion battery systems, is providing technology that will be used in serial production of the world’s first fuel cell-powered train manufactured by Alstom.

The company will supply battery systems for more than 40 Coradia iLint trains, which have been ordered from Alstom by the Lower Saxony Transit Authority and the Rhine/Main Regional Transport Association. With this order in the low double-digit million euro range, AKASOL is expanding its operations in the area of fuel cell powertrains, as well as extending its customer base.

The first AKASystem AKM POC battery systems (including heating and cooling equipment, cables and underfloor box) are scheduled for delivery in the second half of 2020, and all 40 systems are expected to be delivered by 2021.

Based in Darmstadt, Akasol has been engaged in the development of train batteries for more than 10 years.

“The serial order from Alstom is the result of intensive and successful cooperation: from the testing phase until the Coradia iLint received official approval, we have made strategic use of our expertise in alternative propulsion technology for railway vehicles and developed it further together with our partner according to their specific requirements,” said Sven Schulz, CEO of AKASOL AG.

Schulz said the order underscores the company’s extensive expertise in the development of high-performance battery systems, which are needed not only for use in battery-powered electric commercial vehicles but also in other alternative propulsion technologies, such as hydrogen fuel cell technology.

“Considering the fact that nearly 40% of German rail infrastructure has no overhead power supply, mainly where installation and long-term maintenance are not profitable, the expanded focus on fuel cell applications represents an enormous market potential for Akasol,” Schulz said.

Each Coradia iLint train is equipped with two high-performance battery systems with a total capacity of 220 kWh. The electrical energy generated by braking is stored in Akasol’s systems and released to the electric engines when the train accelerates.

“The combination of hydrogen fuel cells and our intelligent high-performance battery enables continuous storage of the electrical energy generated by the fuel cells as well as dynamic absorption of the high electrical power which is recuperated when braking,” Schulz said. “The systems not only provide the power needed for propulsion but also supply power for onboard systems like lighting and air conditioning.”

Schulz said that the battery system can be charged in a very short time thanks to its high 3C charging power and features high cycle life and effective thermal management.

The Coradia iLint has been conducting in successful passenger service between Cuxhaven and Buxtehude since September 2018. Since then, it has already traveled more than 150 000 km safely, emission-free and silent, and its alternative propulsion technology will contribute to the energy transformation. Akasol and Alstom said that hydrogen fuel cell-based propulsion will prove to be another key driver, alongside pure electric vehicles, on the way towards an emission-free transportation system.

“As a pioneer in the field of hydrogen fuel cell-powered trains, it was essential to have a strategic partner at our side who would support us with in-depth technological know-how from the development of the first prototypes through to serial production,” said Dr. Jörg Nikutta, managing director of Alstom in Germany and Austria.

“Our decision to replace the entire diesel fleet in Bremervörde with Alstom’s hydrogen trains makes us a trailblazer in the transportation revolution,” Lies said.

Aside from use in combination with fuel cells, AKASOL’s battery system is also suitable for use in battery-powered electric trains on non-electrified tracks in which the battery is partially recharged with high electrical power while the train is stopped at a station. AKASOL is currently developing this technology together with major railway manufacturers in Germany, Europe, the US and Asia.