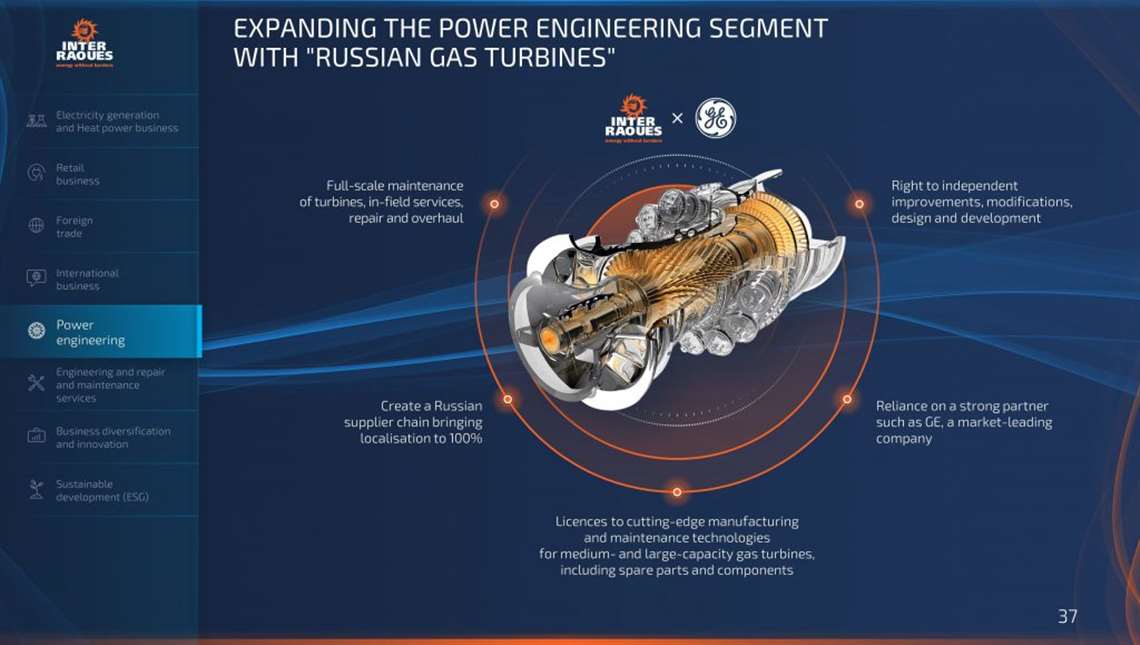 Russian energy holding company InterRAO plans to invest US$580 million in a gas turbine joint venture with GE, according to reports from Reuters.

Maslov said demand for such turbines is expected to increase after 2030. InterRAO hopes to sell 20-25 of these turbines.

Siemens and Ansaldo are also developing joint projects with other Russian firms to produce gas turbines in the country with high power capacity, according to the report.

The Inter RAO Group is a diversified energy holding serving various segments of Russian and international electric power industry. The group is the leading exporter and importer of electricity in Russia actively increasing electricity generation and sales, and developing new lines of business.