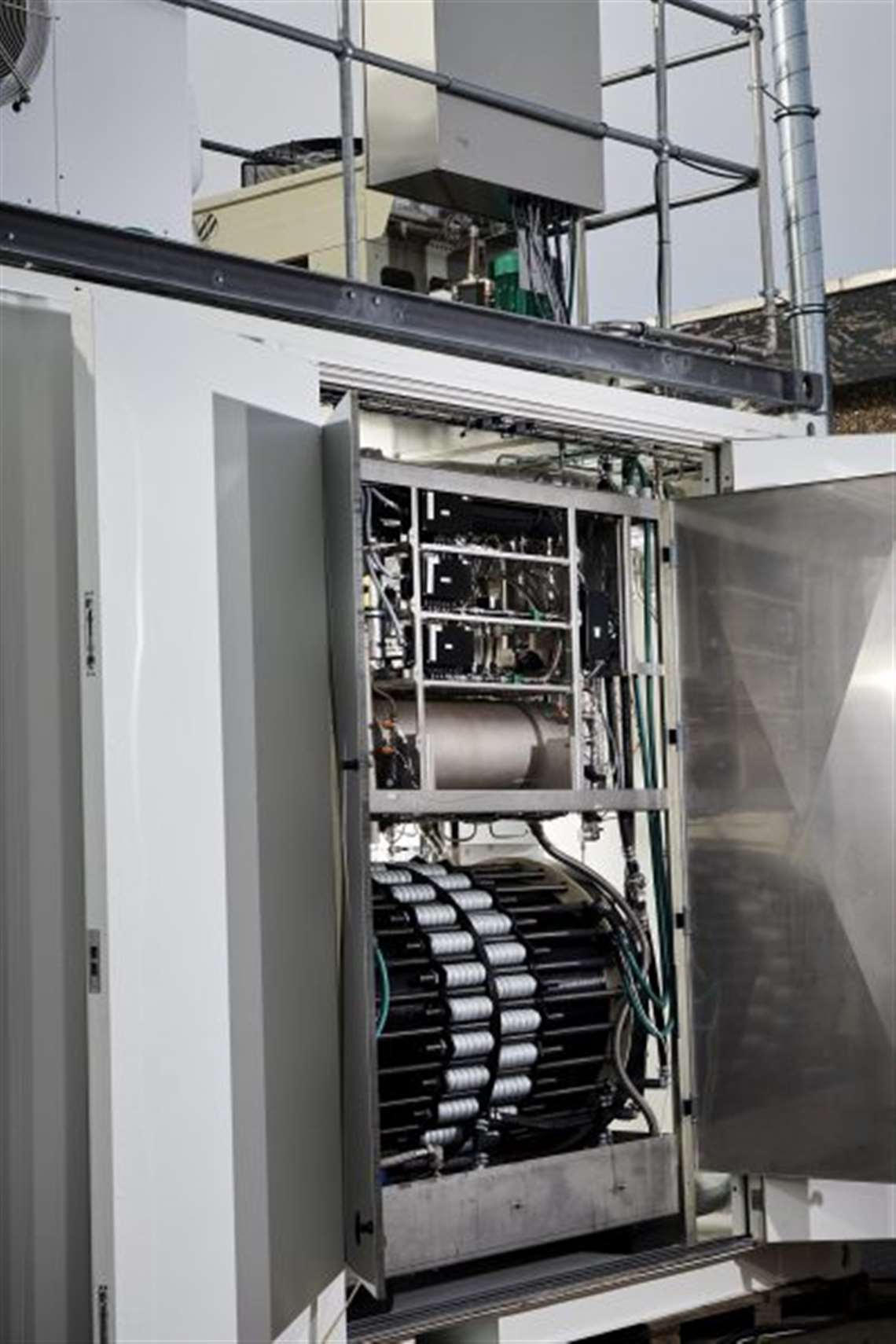 The Dutch energy company Alliander has chosen Green Hydrogen Systems (GHS) to supply the electrolyzers for a large-scale Power-to-X pilot project in the Netherlands.

Now under construction at the Ecomunitypark in Oosterwolde, the project is being run in collaboration with solar-farm developer GroenLeven and involves using electrolyzers to convert excess solar or wind energy into hydrogen. The converted green hydrogen will then be stored and sold for use in transportation, industry, heating and other areas.

Initially, the contract covers the supply of three standardized GHS HyProvide A90 electrolyzers with a combined capacity of 1.4 MW. The hydrogen produced will be compressed and stored at 300 bar in a tube trailer for later use. As GHS electrolyzers are standardized units that can be combined for multi-MW production, Alliander will be able to meet any subsequent need to scale by adding additional HyProvide units to the initial cluster of three.

“With a view to preventing congestion in our electricity grid, this project will enable us to explore the entire green hydrogen value chain, from equipment suppliers to end-customer service and including the whole regulatory and taxation setup,” said Ben Tubben, who is managing the project for Alliander. “GHS electrolyzers offer a unique combination of efficiency and scalability, and we are very happy to be partnering with them on this landmark pilot project.”

“We are proud to have been chosen to supply the electrolysis solution for this important project. Large-scale projects like this one are critical for ramping up green hydrogen adoption and for driving costs down,” said Green Hydrogen Systems CEO Niels-Arne Baden. “Alliander is showing serious leadership in this area, not least by deploying a hydrogen plant at a solar farm.”

Founded in 2007, Green Hydrogen Systems provides standardized and modular electrolyzers that produce green hydrogen using renewable energy. The company’s technology is already in use in Northern Europe, with the rapidly emerging OEM segment as a particular focus of future growth. Backed by growing revenue and a major investment from Nordic Alpha Partners granted in the Autumn of 2019, the company said it is aggressively scaling its operations.