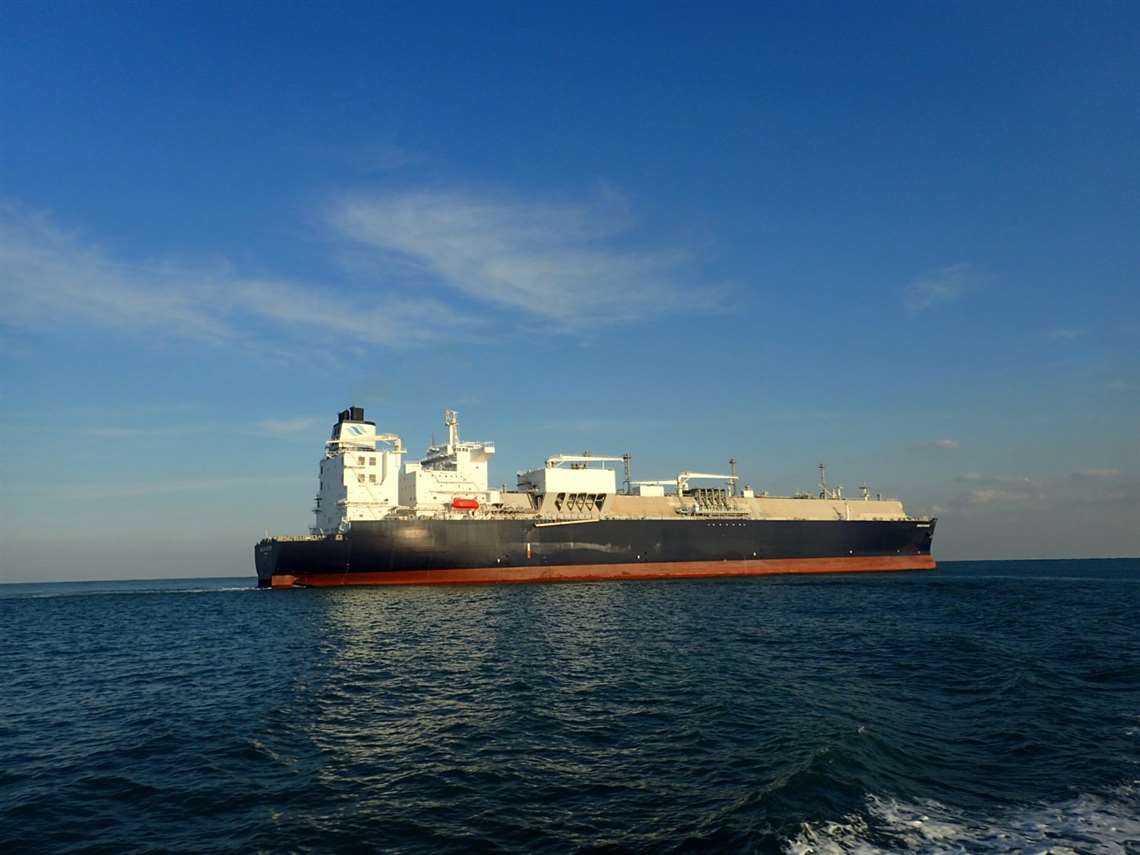 WinGD has secured an order for its 100th X-DF engine, which was launched five years ago.
GasLog LTD, one of the early supporters of the X-DF technology, has eight liquefied natural gas (LNG) carriers, each with two 5X72DF main engines in its fleet with three new builds recently entering commercial operations. For the latest order of additional tonnage at Samsung Heavy Industries in Korea, the same machinery has been selected.
“When we select an engine for GasLog, the most important considerations are the engines’ contributions to the safety, competitiveness, sustainability and reliability of the vessel for our customers,” said Richard Sadler, chief operations officer Gaslog Ltd. “When we selected the X-DF it was crucial for us to find a dual fuel engine which could offer all those features for today’s and the future environment. WinGD’s X-DF engines were the choice for our new vessels and we continue to be confident in their low-pressure dual-fuel technology.”

WinGD said its low-pressure X-DF engines work on the lean-burn Otto cycle when operated in gas mode – i.e. ignition of a compressed lean air/gas mixture by injection of a very small amount of liquid pilot fuel.
The WinGD X-DF engines undercut the IMO Tier III NOx limit in gas mode in ECA by considerable margins without any additional exhaust gas abatement measures such as EGR or SCR, the company said. With liquid fuel consumption for pilot ignition below 1% of total heat release and with practically no sulfur content in LNG, WinGD’s X-DF technology offers a reliable solution answering the call for 0.5% global cap on sulfur in marine fuels proposed for Jan. 1 2020.
“If ever there was confirmation that the shipping industry is embracing LNG as the first choice for IMO compliant engines, the 100th ordered WinGD X-DF, dual-fuel engine is proof. With over 12 000 running hours logged on the first WinGD DF engine in operation (Terntank’s Ternsund) and over 100 000 running hours accumulated for the full X-DF engine fleet with 13 vessels at sea, the performance, benefits and reliability of WinGD’s low-pressure technology is proven,” said Rolf Stiefel, vice president of Sales and Marketing at WinGD. “Achieving the 100th X-DF engine milestone in July 2018, after only five years, validates that customers such as shipyards, vessel owners and operators have recognized its unique benefits. Besides its leading position in the LNG carrier market today, X-DF is gaining ground for future tankers and containers to ensure that newbuilds are built to meet 2020 regulations in the most economical way.
“The 2017 decision by CMA CGM, to power their nine “mega” containerships to be built by CSSC shipyards in China with delivery in early 2020, with our 12-cylinder X92DF engines, is a strong statement that greener shipping can be achieved best by applying X-DF main propulsion engines,” Stiefel said.
The X-DF solution shows the lowest CAPEX and OPEX, low maintenance costs and with the lowest negative impact on the environment.
The particulate matter emissions on X-DF engines is reduced to almost zero, and the CO2 emissions, inherent to burning natural gas, are further reduced. The total hydrocarbon content of X-DF is considerably lower, compared to four-stroke low-pressure DF engines, which employ the same technology and are used as auxiliaries in every vessel.