2 MW Ammonia Fuel Cell To Be Tested On Ship 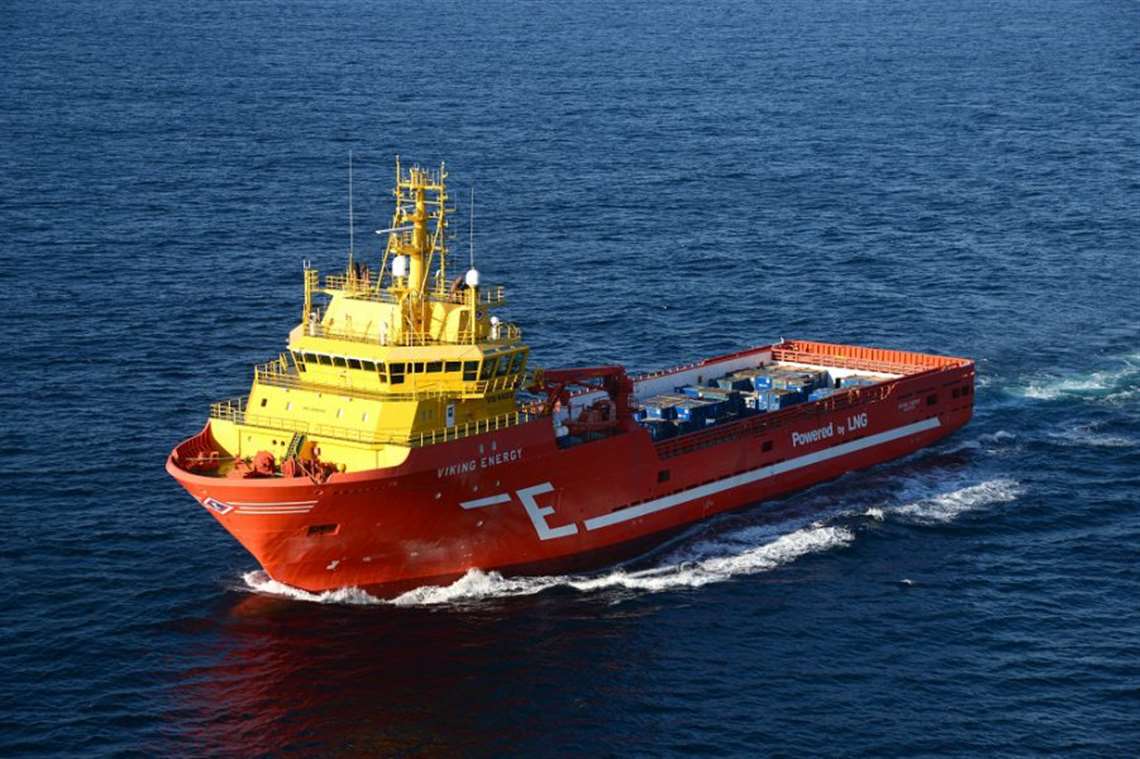 A project to install the world’s first ammonia-powered fuel cell on a vessel has been awarded €10 million from the European Union.

The ShipFC project is being run by a consortium of 14 European companies and institutions, coordinated by the Norwegian cluster organization NCE Maritime CleanTech, and has been awarded backing from the EU’s Research and Innovation programme Horizon 2020 under its Fuel Cells and Hydrogen Joint Undertaking (FCH JU).

The project will retrofit the Viking Energy, which is owned and operated by Eidesvik and on contract to energy major Equinor, with a 2 MW ammonia fuel cell that will enable the ship to sail solely on the clean fuel for up to 3000 hours annually. One goal of the project is to demonstrate that long-range, zero-emission voyages with high power on larger ships are possible.

Another goal is to ensure that a large fuel cell can deliver total electric power to shipboards systems safely and effectively. This is the first time an ammonia-powered fuel-cell will be installed on a vessel. A significant part of the project will be the scale up of a 100 kW fuel cell to 2 MW. The fuel cell is tested on land in a parallel project and development and construction will be undertaken by Prototech. Testing will be executed at the Sustainable Energy Norwegian Catapult Centre. The ship-side ammonia system will be supplied by Wärtsilä.

The ammonia fuel cell system will be installed in Viking Energy in late 2023.

The project represents the latest stage in the long-running collaboration between Equinor, Eidesvik and Wärtsilä. The three companies collaborated on a number of environmental and cleantech projects over the years. Viking Energy was the first LNG powered ocean-going vessel in 2003, and Eidesvik and Wärtsilä also collaborated on the 2009-built Viking Lady, another LNG-fueled vessel that was seen as a milestone in the transition of shipping with its installation of fuel cells and marine batteries.

“This is a result of hard work over time as we have continued to collaborate with Equinor on transformative projects,” said Eidesvik President & Chief Executive Jan Fredrik Meling. “We are proud to be pioneers when it comes to introducing new energy carriers and fuels into the industry. This project to install the world’s first ammonia-powered fuel cell will help us continue our journey towards a decarbonized future and help maintain our competitive role.”

As an energy major and charterer of offshore vessels, energy group Equinor said it has set a high standard when it comes to investing in the future.

“We see projects such as the ShipFC conversion to use ammonia on a high-powered marine fuel cell as an important step in finding the right sustainable and clean solutions in the future,” said Cecilie Rønning, senior vice president for Joint Operations Support in Equinor. “Our ongoing collaboration with Eidesvik is testament to a long-standing belief that we can achieve our goals by working constructively towards that vision.”

Norwegian crop nutrition company Yara has been contracted to supply the green ammonia which will be produced by electrolysis and delivered to Viking Energy containerized to help enable easy and safe refueling.

Another part of the ShipFC project will perform studies on three other vessel types, namely offshore construction vessels and two cargo vessel types, to illustrate the ability to transfer this technology to other segments of the shipping industry.

NCE Maritime Cleantech cluster chief executive Hege Økland says that this project represents another step in the right direction as shipping seeks ways to use new technologies and fuels to decarbonize.

“Shipping has agreed to the goal of decarbonizing by the end of the century and to have achieved a global 50% cut by 2050 based on 2008 levels,” Økland said. “As we move onto the right trajectory to achieve these targets, we see interest in new fuels such as ammonia and hydrogen increasing. Ammonia is an abundant energy source and can easily be made from renewable resources making it one of the fuels that will likely meet part of shipping’s future energy demand.”

Alongside NCE Maritime Cleantech (NO), Eidesvik Shipping (NO), Equinor (NO), Prototech (NO) and Yara (NO) in the European consortium are Wärtsilä Norway (NO) which will work on the fuel systems, any changes to the ship’s design and stability and the energy management of the vessel. Fraunhofer IMM(GE), an institute of the leading German organization for applied research, has expertise with fuel cell process development and will assist Prototech in the development and construction of the ammonia fuel cell system. A specialized SME Persee (FR) is an expert in energy management controls and data.

The University of Strathclyde (UK) and National Centre for Scientific Research Demokritis (GR) are consortium members assessing any safety criteria.

The three test cases that will look at the ability to transfer the technology to other vessels has led to North Sea Shipping (NO), Capital-Executive Ship Management (GR) and Star Bulk Ship Management (CY) also being part of the consortium. One of the five Catapult centers in Norway, Sustainable Energy Norwegian Catapult Centre, has responsibility for testing autonomous sustainable energy systems as well as scale-up of the ammonia fuel cell.