Capstone Turbine Corp. announced that it will expand its long-term microturbine rental business as part of expanding its Energy as a Service (EaaS) business model, with an additional 1.6 MW of new long-term rental contracts. As a result, Capstone also announced that it will now expand its low emission microturbine rental fleet from today’s 8.6 MW to 10.6 MW by March 31, 2021.

One of the two new long-term rental contracts is a one-year rental agreement for a five-bay C600S for what Capstone called “one of the world’s largest oil and gas producers in Texas.”

The contract is a follow-on long-term rental secured by distribution partner Lone Star Power Solutions, Capstone’s exclusive distributor for Texas, Arizona and the Gulf States. The microturbine rental system is expected to be delivered and commissioned in the spring of 2021.

The second long-term rental contract is a one-year rental agreement for a C1000S for a new industrial agricultural operation in California. This contract was secured by Cal Microturbine, Capstone’s exclusive distributor for California, Hawaii and Nevada and nonexclusive for Oregon and Washington. The one-year rental is expected to be commissioned later this summer.

“Expanding Capstone’s Energy as a Service business, which includes the long-term rental program, is an important element for the company achieving its near-term profitability goals,” said Darren Jamison, president and chief executive officer of Capstone Turbine.

“We currently have over 50 MW of gross, pending long-term rental contract quotations out for consideration with potential customers, and I expect the new U.S. administration will create even more positive momentum toward green initiatives, as President Biden recently signed an executive order to rejoin the U.S. into the Paris climate accord, his first major action to tackle global warming.” 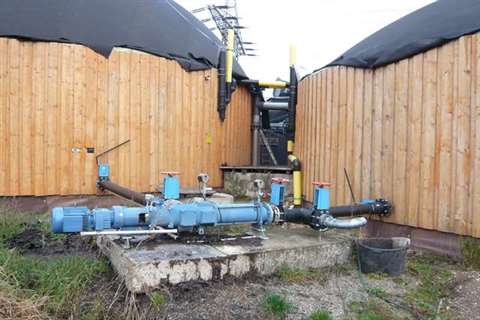