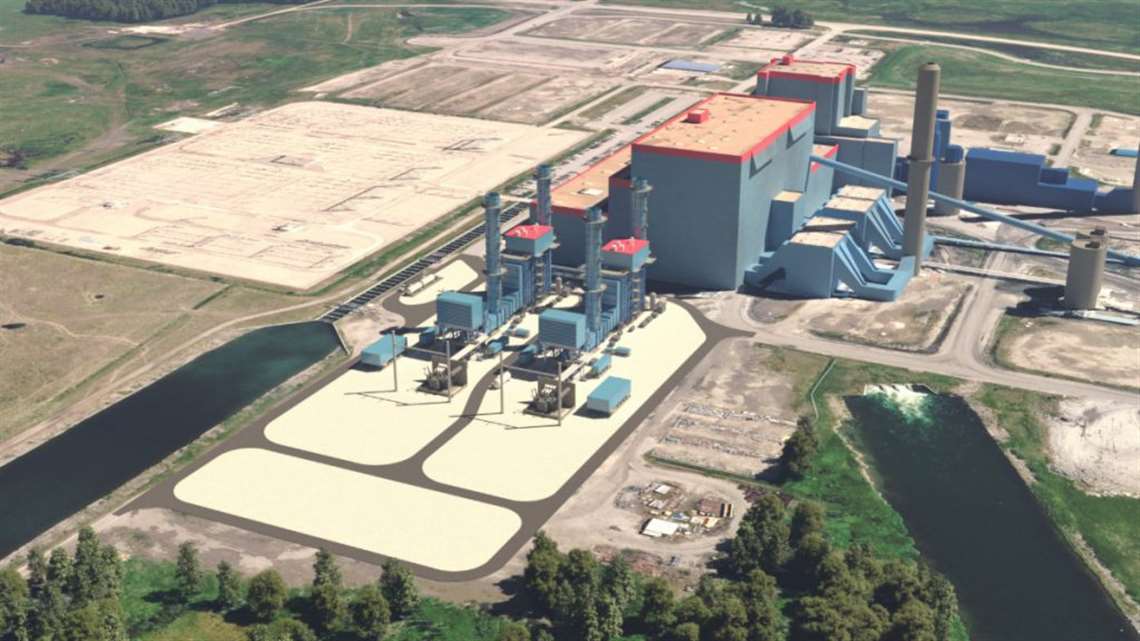 The units will combine Mitsubishi Power air-cooled combustion turbines and heat recovery steam generators with the existing steam turbine generators. With greater than 64% efficiency, the Genesee units will be the most efficient combined cycle plants in Canada, Mitsubishi Power said. The plant will provide 1360 MW of net capacity, and carbon emissions intensity will decrease by approximately 60% to a level below the Alberta Technology Innovation and Emissions Reduction (TIER) regulation benchmark.

The M501JAC gas turbines are hydrogen-capable to support future decarbonization. They will be able to operate on a mixture of natural gas and up to 30% hydrogen. The units can be converted in the future to operate on 100% hydrogen for zero carbon emissions, enhancing Capital Power’s standing as among the cleanest large-scale power generators in Canada.

“Capital Power is following a strategy toward a low-carbon future with a target to be net carbon neutral before 2050,” said Brian Vaasjo, president and CEO of Capital Power. “The repowering of Genesee Units 1 and 2 with Mitsubishi Power technology will position the Genesee station to be off-coal in 2023, delivering 3.4 megatonnes of annual carbon emission reductions, and will position it for additional carbon emission reductions in the future.”

The repowering project timeline calls for the units to operate in natural gas simple cycle mode during construction, allowing the Genesee station to be off-coal in 2023, with expected repowering completion of Unit 1 in 2023 and Unit 2 in 2024. The project is expected to employ up to 500 workers during peak construction phases.

The M501JAC gas turbines’ flexibility and efficiency will enable Capital Power to balance even more intermittent renewable energy resources in Alberta, Mitsubishi Power said. Capital Power is adding roughly 260 MW of solar and wind energy with delivery between now and 2022.