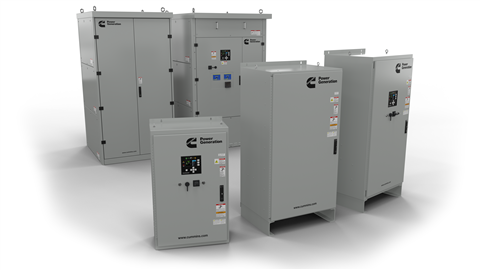 Standby power systems are generally designed for worst case scenarios. That is especially the case when it comes to power transfer equipment such as transfer switches, where the ability to withstand extremely high fault currents can be crucial, particularly in mission-critical or life dependent applications.

Yet it is not uncommon for power system design engineers, when writing system specifications, to be unaware of the potential fault current levels or what overcurrent protection devices (specifically breakers) are being used in the electrical distribution boards.

To address those issues and provide safe and reliable transfer of electrical loads from primary and alternate power sources, Cummins has developed a next-generation transfer switch and control for standby power applications.

The PowerCommand X-Series transfer switches, available in automatic and non-automatic configurations with current ratings from 40 amps to 3000 amps, are suitable for a broad range of markets ranging from mission critical and healthcare to data centers and energy management. 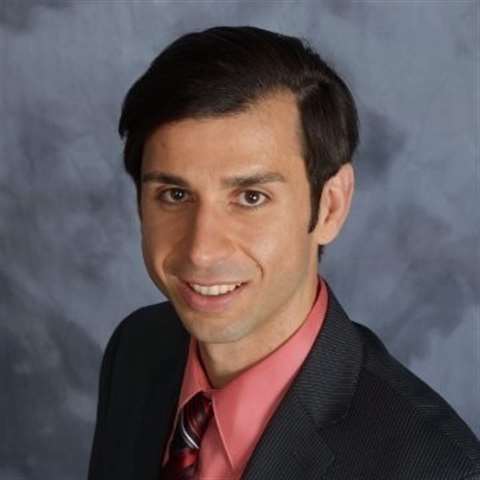 Hassan Obeid, global technical advisory for systems and controls at Cummins, said, “From speaking to thousands of consulting engineers, we learned that some of the major challenges during the design phase range from unknown switchgear/switchboard OEMs – and therefore unknown breaker selections – to unknown available fault currents, as well as challenges arising from selective coordination.

“To help you solve all these challenges, a high time-based and short-time Withstanding Closing Ratings (WCR) on the X-Series transfer switches give system designers the freedom to select a generic UL Listed overcurrent protection device to protect the transfer switch. It also enables and simplifies selective coordination strategies throughout the system.”

One of the key aspects to the new transfer switch line is a newly-designed High Endurance Mechanism (HEM), engineered to accommodate very large fault currents for extended periods.

When faults occur, conventional switch contacts can be blown apart by the electromagnetic force of the fault, which can result in destructive arcing and result in internal damage to the switch that may require the contacts, arc chutes and even the controller to be replaced.

Obeid explained, “The patented blow-on design allows for high survivability in extreme fault current conditions. The higher the fault, the stronger the electromagnetic force that keeps the switch contacts closed, which delivers the superior short circuit time based and short time ratings.

“If there is a fault and you get an ungodly amount of current going through that switch because of that fault, the transfer switch contacts must stay closed. If they move one fraction of a micron, it will basically explode.

“We are using both a mechanical force and the electromagnetic force that is the result of the shape of the contacts, which our engineers have designed. These two forces hold the contacts closed during a fault. What that gives us is a very high short-circuit WCR capability.” 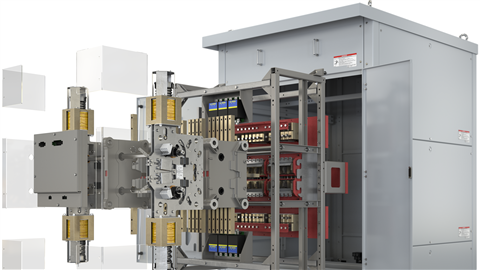 HEM incorporates a simplified stacked cassette design that Cummins claimed reduces the number of parts, along with more capable solenoids and springs that enable extremely fast opening and closing and a smoother transfer overall.

The neutral poles of the transfer switch have the same ratings as the phase poles, and are operated by a common crossbar mechanism. Cummins said that this eliminates the possibility of incorrect neutral operation at any operating point or due to failure of a neutral operator. The neutral is simultaneously switched neutral and not an overlapping neutral.

Obeid said, “The copper bus bars are a special grade. The casing for those copper bus bars is able to withstand temperatures that can go up to 700º. Everything from the shape of the spring to the material to even the workmanship all has to come together to give you this product.”

Obeid enthused, “And because it is so robust, it can withstand that fault for half a second. To you and me half a second is virtually nothing, but in the world of a fault a half second is like infinity. What that means is that it really helps us in terms of the breaker selection and the selective coordination process, which is what a lot of consulting engineers are looking for.”

Control is key with Cummins’ PowerCommand 80
The other key aspect of the X-Series transfer switch is the Cummins PowerCommand 80 control, which the company declared provides high accuracy power quality metering, load management, power sensing and networking solutions without the need for add-one modules.

The configurable control is designed to work in a variety of applications with a user-friendly, colored Human-Machine Interface (HMI) that displays all critical information such as voltage, current, load, harmonic analysis and faults and alarms.

Obeid added, “The control is the secret sauce. We have a fully integrated control. Usually, you get a rudimentary control and then you have to use multiple add-on modules, and that means more things to wire and components that can fail along with higher complexity.

“Our engineers have packaged it all into one intelligent controller and they have added features that are very beneficial to the operator or the owner, like power quality metering and harmonic data.”

Cummins commented that the X-Series complies with the latest applicable codes and standards – such as UL1008, CSA, NFPA70 (NEC), NFPA110, NFP99 – seismic-certified to IBC requirements, and pre-approved for OSHPD.

Obeid concluded, “It is really state-of-the-art in terms of the mechanism itself and the brains that are on it to control it, so we believe it is a game-changing product.”

This story first appeared in the August issue of Diesel Progress. Click here for a free subscription. 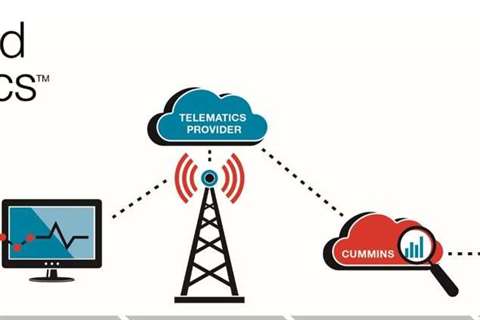 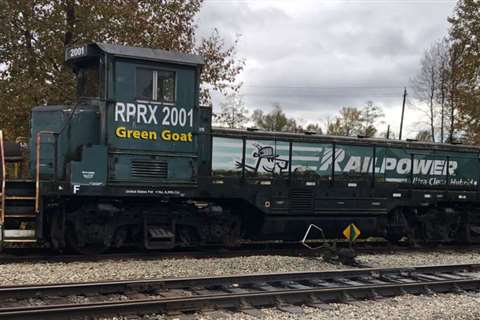