InnoTrans shows it’s back on track

Preliminary figures indicate that the recent InnoTrans trade fair in Berlin, Germany, got right back on track after a long absence.

Held for the first time in four years, show organizers estimated attendance to be 137,394  visitors from more than 31 countries, while 2834 exhibitors from 56 countries were present at the Berlin Exhibition Grounds. 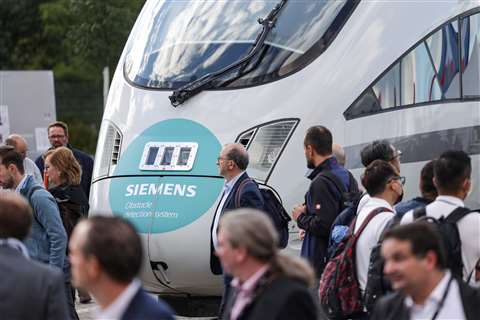 The global rail and transportation trade fair InnoTrans made an impressive return after a four-year absence. (Photo: InnoTrans)

“After the pandemic-induced break, InnoTrans 2022 has made a phenomenal return,” said Kerstin Schulz, director of InnoTrans. “At last, the industry family has come together again. After a long wait we were able to exchange ideas in person and look each other in the eye.”

At this year’s InnoTrans, the proportion of first-time visitors was particularly high at 56%, while more than half of all visitors (57.3%) were from outside Germany.

“InnoTrans has once again impressively demonstrated that it is the industry summit that shows today what will be on the rail and road tomorrow,” said Martin Ecknig, CEO of show organizer Messe Berlin.

InnoTrans exhibitors were equally enthusiastic. “Once again, InnoTrans 2022, reached its goal to be a unique forum to share our common passions for innovation in transportation,” said Henri Poupart-Lafarge, CEO and chairman of Alstom. “It has been a huge emotion to see the industry gathered again after four years.”

“InnoTrans is the most important meeting in the industry and we were delighted to finally meet our customers and partners in person again after four years,” said Michael Peter, CEO of Siemens Mobility. “Under the motto ‘Destination Digital’ we presented to them our new digital business platform Siemens Xcelerator, with which we want to enable open digital interfaces for continuous data exchange between all subsystems of the rail network. This will help our customers to provide sustainable, comfortable and cost-efficient rail transport of the future.” 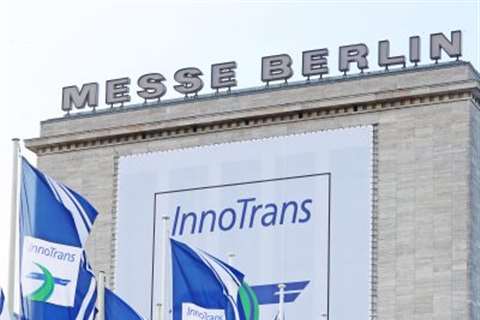 InnoTrans Postponed Again Over COVID-19 Concerns
InnoTrans, the international trade fair for transport technology, has been postponed again over COVID-19 concerns. The show, held every two years, was