The 15 000-teu vessels are scheduled for delivery in the first half of 2023, and will immediately after begin 12-year charters for ZIM Lines – the international shipping group – serving the US East Coast trade.

“This is just the latest order the well-proven ME-GI concept has won in recent months,” Thomas S. Hansen, Head of Promotion and Customer Support, Two-Stroke Business, MAN Energy Solutions. “Its service experience, low methane slip, high efficiency, and fuel flexibility – whether running on fuel-oil or LNG – remain unparalleled in a market whose momentum towards a zero-carbon future is growing rapidly.”

The ME-GI engines will come with a newly introduced PVU (Pump Vaporizer Unit), which is designed to ensure an optimal integration between the engine and LNG-supply system. 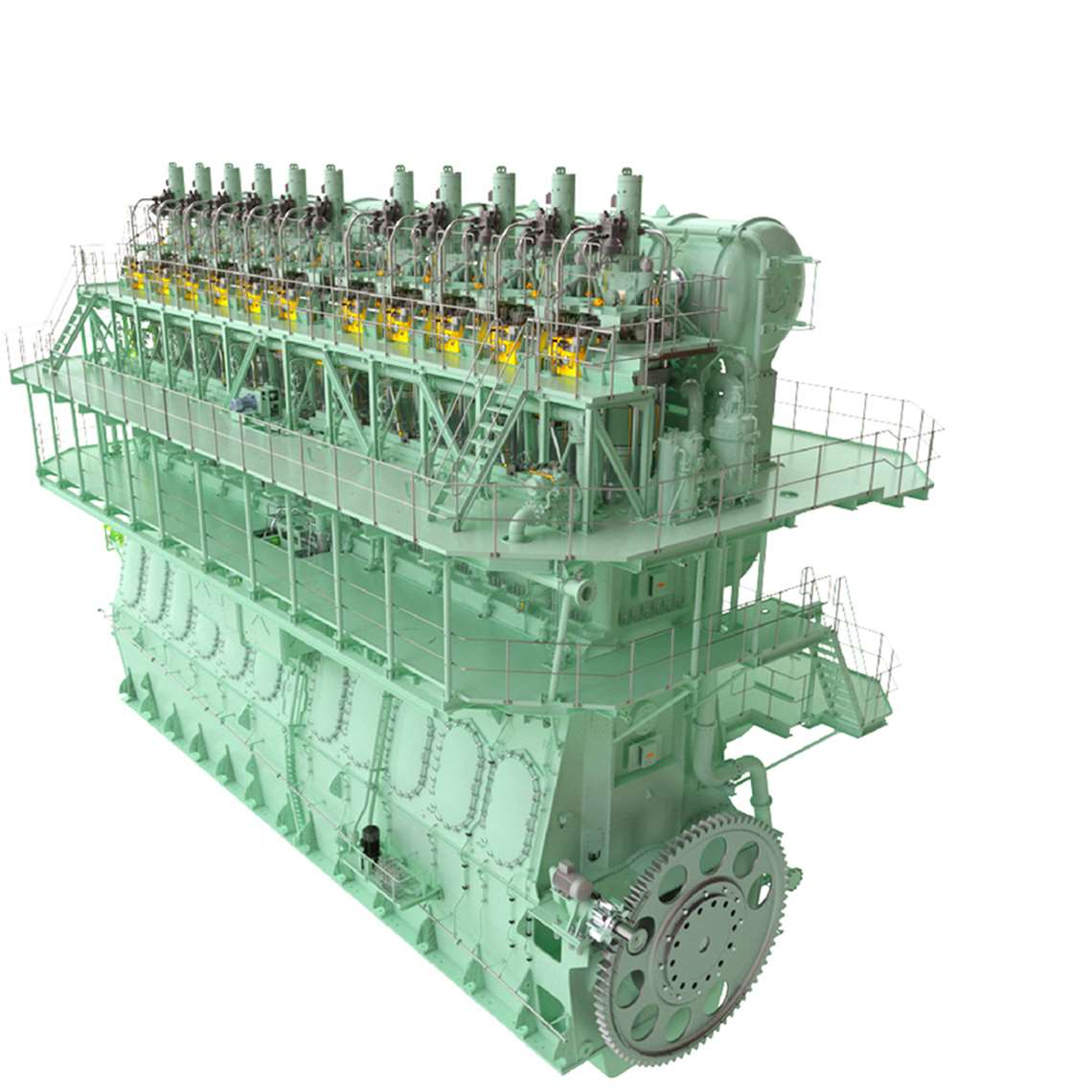 A MAN Energy Solutions ME-GI engine. The company will supply 10 of the engines for 10 15 000-teu vessels being built for Seaspan, an owner, manger and operator of containerships.

MAN Energy Solutions announced in January 2021 that its low-speed, dual-fuel references in their entirety had exceeded 360 units, with the ME-GI recording over 1.5 million operating hours on LNG alone. Since then, among other references, 10 MAN B&W 7G80ME-GI Mk9.5 dual-fuel engines were ordered in early March 2021 for a series of 10 300,000-dwt VLCCs, a début for the engine is this particular segment.

Seaspan, a wholly-owned subsidiary of Atlas Corp., is a leading independent owner, operator and manager of containerships. Seaspan’s current operating fleet of 127 vessels represents a total capacity of approximately 1 073 000 TEU, and since December 2020 Seaspan has announced two vessel acquisitions and 31 newbuild orders which will add a further 487 000 TEU to the fleet, including 10 15 000 TEU dual-fuel LNG.