Oil Supply Will Remain Up, Prices Down In 2020: EIA 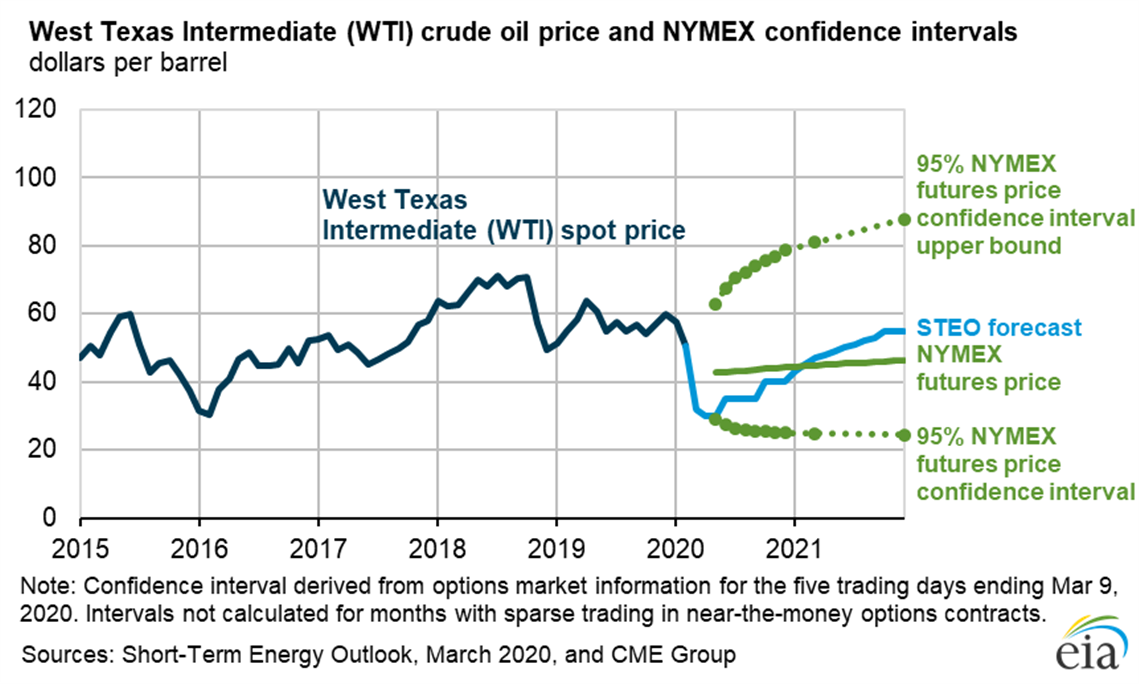 For 2020, EIA in its March Short-Term Energy Outlook (STEO), said it expects prices will average US$37/b during the second quarter and rise to US$43/b during the second half of the year. EIA forecasts that Brent prices will rise to an average of US$55/b in 2021 as a result of declining global oil inventories putting upward pressure on prices. EIA expects that global liquid fuels inventories will grow by an average of 1.0 million barrels per day (b/d) in 2020 after falling by about 0.1 million b/d in 2019 and that inventory builds will be largest in the first half of 2020, rising at a rate of 1.7 million b/d.

“OPEC’s current strategy appears to be focused on regaining market share by elevating production levels to the point that the resulting depressed prices limit production growth from other market participants, particularly non-OPEC producers,” the report states. “In addition, the increase in OPEC production is significant in light of the downward revisions to the outlook for global demand resulting from COVID-19.”