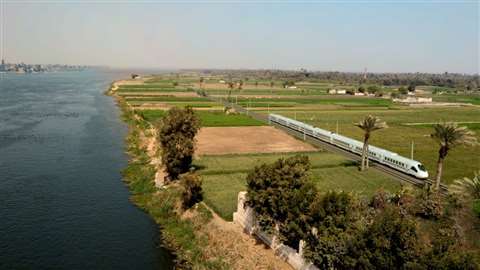 The network will link the Red and Mediterranean seas

German company Siemens Mobility has signed a multi-billion-dollar contract with the National Authority for Tunnels (NAT) for the development of a major rail system in Egypt.

The firm will provide high-speed and regional trains, locomotives, rail infrastructure and related services for the Turnkey Rail System, with the contract valued at $3billion.

As part of the deal, it will provide services to design, install, commission, and maintain the systems for 15 years.

600km
The deal includes 660km of integrated rail system, which is part of a wider 1800km network development. The total contract value is approximately $4.5 billion.

Siemens, which will work in partnership with Orascom Construction and The Arab Contractors, will provide its Velaro high-speed trains, Desiro high-capacity regional train sets, and Vectron freight locomotives for the project.

A safe and reliable signalling system based on the latest computer-based interlocking technology and European Train Control System (ETCS) Level 2 will be installed, as well as the power supply system that delivers efficient and continuous energy.

Partnering on the project are Orascom Construction and The Arab Contractors.

First contract
It is the first contract to be signed following the MoU signed between the NAT and the firms in January 2021.

Most of the order intake is now expected to be booked in 2022 after financial close.

“We are proud to support the Egyptian government’s ambition to transform its transport sector by building its first high-speed electrical rail network. This landmark project will create jobs, boost economic growth, and improve quality of life for millions of people, by creating a more efficient, safe and sustainable transport system,” said Roland Busch, President and Chief Executive Officer of Siemens AG.

“As a long-standing partner to Egypt, we are committed to providing the most advanced technology and to supporting local skills development.”

This is the third rail project that Siemens Mobility has entered in recent months. As previously reported in July, the firm is to trial a new hydrogen-powered train on passenger services in the Free State of Bavaria, Southwest Germany. 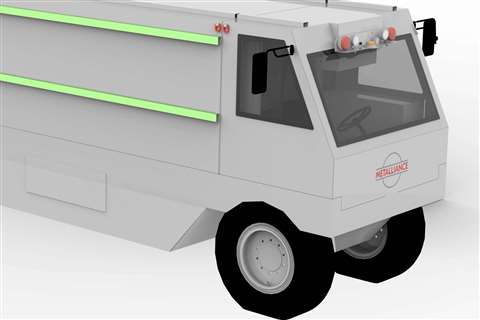