A balancing act for Wärtsilä

Project scheduled to go online in 2025

Wärtsilä will supply six 50SG engines for a new balancing power plant in the US state of North Dakota.

According to Wärtsilä, the Pioneer Generation Station Phase IV power plant project will provide Basin Electric Power Cooperative with the flexible gas generation needed to balance the inherent variability of energy from renewable sources, notably wind and solar. This balancing capability will enable Basin Electric to expand its generation to ensure reliable, affordable and responsible power to its membership.

The plant will operate with six Wärtsilä 50SG gas engines having a combined net output of 108 MW. The fast-starting and stopping ability of Wärtsilä’s engine technology allows full output to be reached in just minutes, thus helping ensure a stable and reliable electricity supply regardless of the weather conditions, the company said. 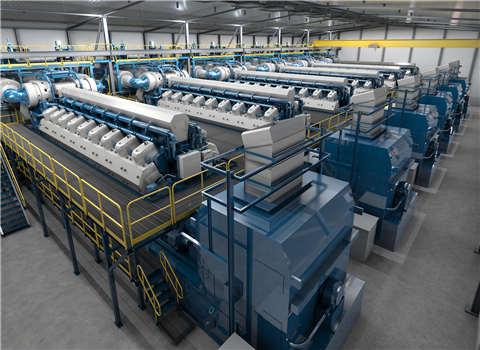 An expansion at a US power plant will include six Wärtsilä 50SG gas engines having a combined net output of 108 MW. (Image: Wärtsilä)

The site will also have two F-Class gas turbines with the capacity to produce up to 250 MW each. The first turbine is expected to be in service by June of 2025 with the second coming online in 2026. Overall, the project will ad 583 MW of power generation.

The Wärtsilä equipment is scheduled for delivery in the beginning of 2024, and the plant is expected to become operational by the summer of 2025.

“Unlike high-pressure alternatives that require a gas pressure of 20 to 60 bar (300 to 900 psi), our engines need only 6 to 12 bar (90 to 180 psi). This helps to ensure supply reliability at all times,” said Jon Rodriguez, director, Engine Power Plants, North America, Wärtsilä Energy.

Wärtsilä said reciprocating engine power plants based on internal combustion engine technology are being increasingly deployed in the United States to balance renewables. Flexible technologies, such as grid balancing power plants and energy storage, also offer a sustainable means for decarbonizing energy production by allowing higher renewable production by reducing the need to curtail those resources.

Wärtsilä has a major presence in the U.S.A. with offices in nine strategic locations. To date the company has an installed base of 3800 MW in the country. 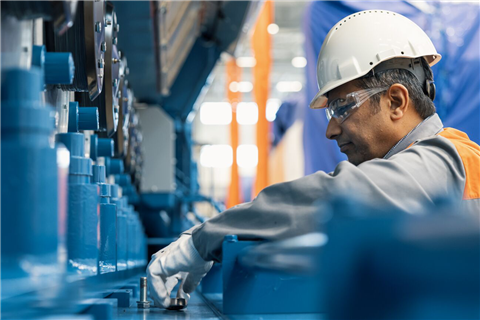 TotalEnergies, Veolia agree to biomethane production
Plan to produce up to 1.5 TWh per year
Latest News