A Bigger Bang From Biogas 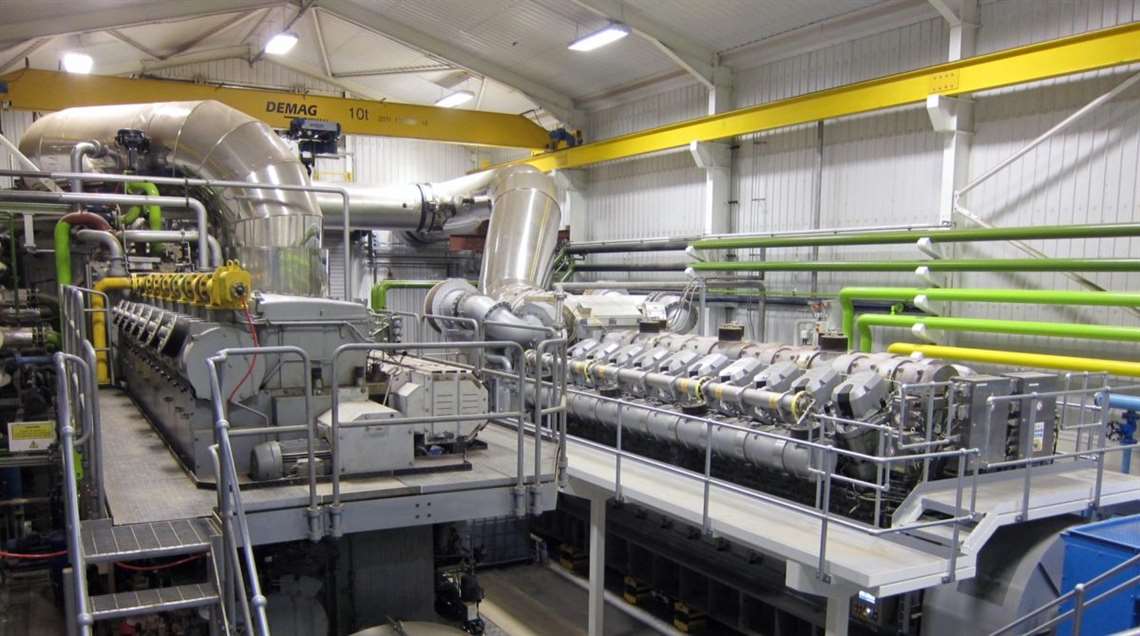 MAN Diesel & Turbo announced the delivery, installation and commissioning of a 10.4 MW generator set operating on biogas to an independent power producer in the UK.

In a contract that was completed in eight months, MAN supplied a MAN 20V35/44G generator set to Wykes Engineering in Rushden, England. The new gen-set supplements an existing 7L51/60DF unit that has been running on biogas at the power plant since 2014. The facility is used to back up the baseload supply in the local electricity grid and now has a capacity of around 17 MW.

Biogas plants in Europe often use maize and other agricultural products as a fuel source and are usually operated with smaller engines up to 1000 KW, MAN Diesel & Turbo said. By generating power with a larger engine and a downstream steam turbine process, Wykes achieves close to 50% efficiency, the company said.

Wykes Engineering is a British engineering company specializing in machine and plant construction and in the construction and operation of power plants as an independent power provider (IPP), especially with renewable energies. At Rushden, Wykes uses food waste such as meat waste, fruit juice and dairy products which have been deemed unfit for human consumption from a wide range of pre and post-consumer sources across the food industry. As these waste products decompose in a fermenter, biogas is produced. This biogas is then utilized to fuel both the existing and the new engine to generate renewable power.

“The energy market in the UK is particularly interesting for us as power supplies and demand are subject to great volatility as a result of the decision to phase out coal, and this is having a direct effect on energy prices,” explained Hajo Hoops, senior sales manager Gas Power Plants at MAN Diesel & Turbo. “Furthermore, Brexit will also mean largely autonomous power supplies. That will make it extremely exciting for MAN Diesel & Turbo in the years ahead.”

In contrast to Germany, the energy system in the UK includes a capacity market. Generators are given additional remuneration for reserved capacities that should guarantee reliable supplies even at load peaks. This creates incentives for new investment, in particular for supporting renewables.

“The installation of the first engine with output around 7 MW was already a success,” Hoops said. “By expanding the power plant with the 20V35/44G, Wykes and MAN Diesel & Turbo are now demonstrating that the efficient use of biogas is also possible in the order of 10 MW and more.”