A Broader Stage For Two-Stage Turbos? 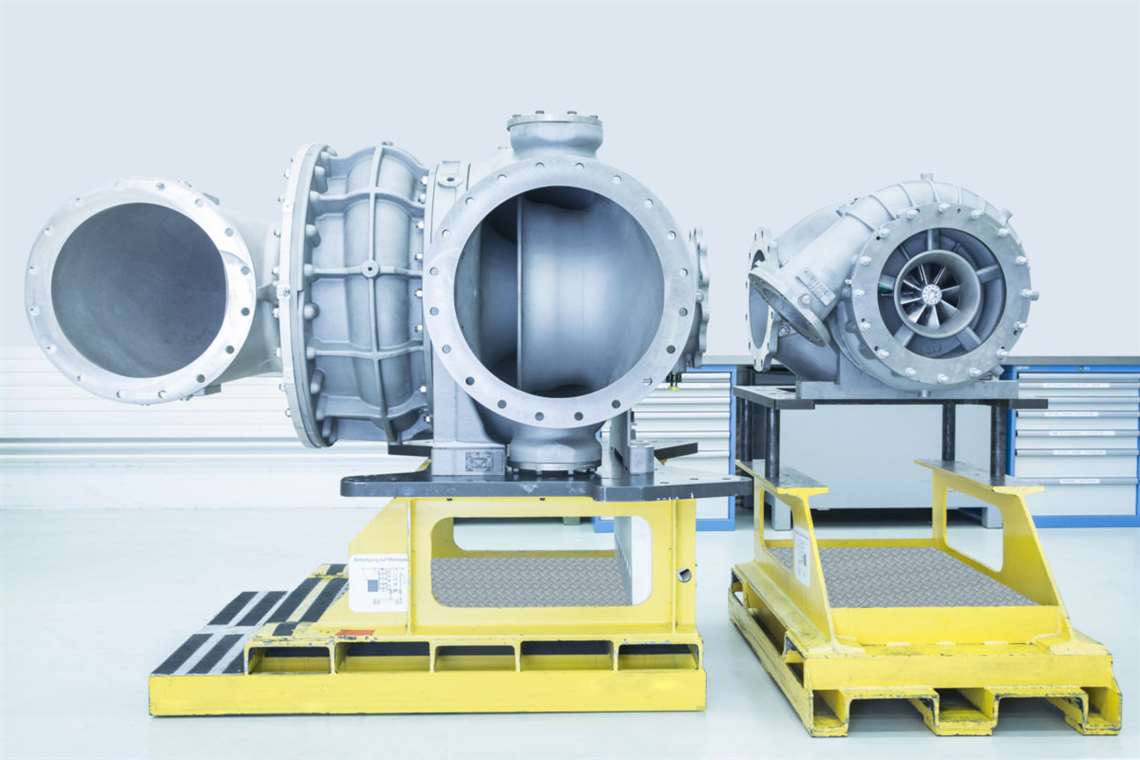 ABB Turbocharging is launching a new frame size for its Power2 800-M two-stage turbocharging system. With this addition to the portfolio, which was shown at the company’s booth at Nor-Shipping 2017, the benefits of high pressure ratios, increased turbocharging efficiency and fuel savings will be extended to a wider scope of advanced medium-speed engine configurations, the company said.

ABB Turbocharging said the new frame size marks a milestone in the continued development of the Power2 platform, following unveiling of the second generation at Nor-Shipping 2015 and selection for the world’s most efficient four-stroke diesel engine. The new frame size, Power2 845-M, applicable to an increased range of ship propulsion solutions, will open up the efficiency and operational benefits to a greater spectrum of vessel types. These may include OSVs, drill and semi-submersible vessels and RoPax, ferries, as well as medium-sized tankers, container ships and bulk carriers, for main engines, DE and auxiliary engines.

“Two-stage turbocharging responds to the most important technology value drivers in the development of modern four-stroke medium-speed engines, reaching beyond the parameters of single-stage turbocharging,” said Marco Burgwal, product line manager, Medium-Speed, ABB Turbocharging. In extending our Power2 portfolio, we are achieving our product development goal of bringing these values of high efficiency for fuel savings, system compactness and flexible operation to a greater number of engine builders’ customers.”

The Power2 800-M turbo is designed to achieve an overall turbocharging efficiency of more than 75%, some 10% higher than conventional single-stage turbos, ABB Turbocharging said. For vessel owners, this can translate into yearly six-figure savings in fuel and as much as a 60% reduction in NOx emissions, the company said. With engine room space at a premium on modern tonnage, careful attention was also given to optimizing the layout with dedicated components for two-stage turbocharging application, resulting in what ABB Turbocharging said is a 20% smaller footprint than a solution based on conventional single-stage components.

Ensuring straightforward service and maintenance while minimizing downtime was another design criteria for ABB Turbocharging and the Power2 800-M comes with an extractable cartridge for ease of service, reducing overhaul time by 30%, the company said.

“Based on our experience, lower service costs and maximizing availability are crucial for operators in optimizing total cost of ownership,” said Burgwal.

The Power2 800-M turbo system will first be commercially applied on an advanced icebreaker to serve the Yamal LNG project in the Russian Arctic. Other forthcoming marine applications of Power2 800-M include a Danish-built purse seiner/trawler to operate in the North Atlantic, North Sea and Norwegian waters, and a car and passenger ferry to be built in Finland for a Danish operator.