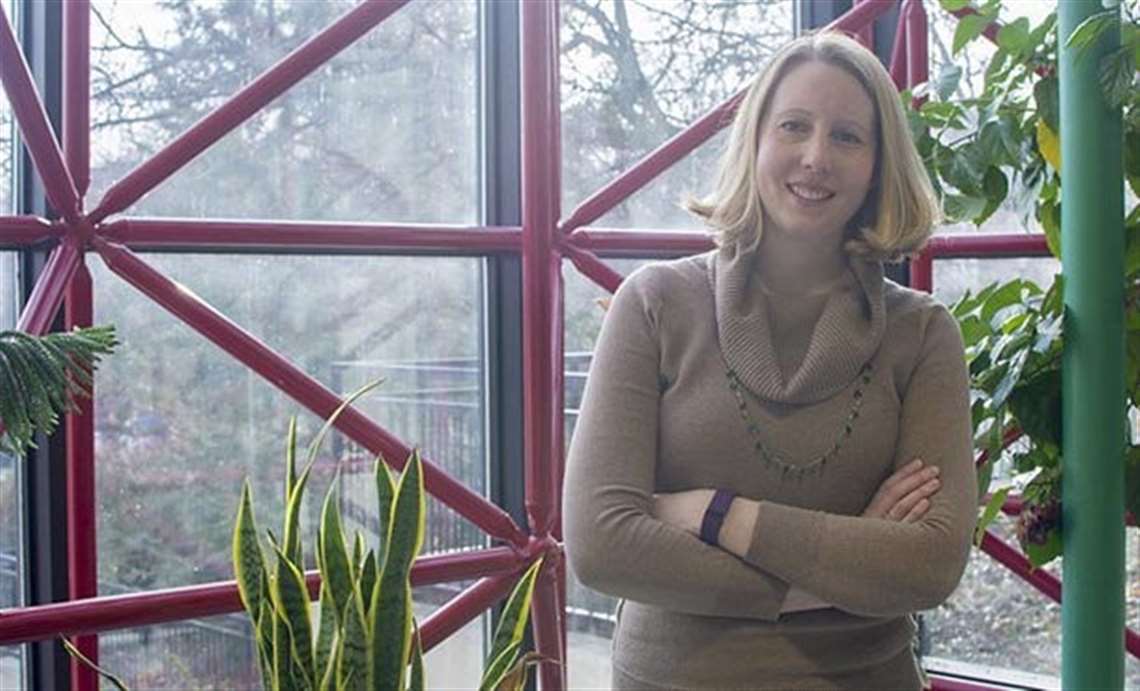 Collaboration is key for the Center for Gas Turbine Research, Education and Outreach at Penn State University, according to its new—and first—director.

The new center will serve as a focal point for research, bringing together not only experts in turbomachinery, but also from other fields such as additive manufacturing and even agriculture, said Jacqueline O’Connor, who is also an associate professor of mechanical engineering at the school.

“I think some of the really interesting work that’s happening in the gas turbine industry right now is happening in collaboration between different disciplines, at the edge of different disciplines,” she said. “So bringing these people together under a single umbrella will hopefully help drive those types of conversations and achieve interesting outputs as a result.”

Penn State has a long history in turbomachinery research, including areas of combustion, manufacturing, materials, acoustics and controls. In 2007, the school was designated as a Center of Excellence for Pratt and Whitney, the aircraft engine manufacturer. In 2018, Solar Turbines named Penn State as its first Center of Excellence.

The creation of the Center for Gas Turbine Research, Education, and Outreach provides an enhanced pathway for visibility and collaboration and by providing technical expertise to help inform industry leaders and policymakers on the importance of gas turbine technologies, O’Connor said.

“We have a lot of existing relationships with industry and government agencies that do work in this area,” O’Connor said. “So we thought the time was ripe, particularly because we have over the past 10 years or so hired sort of the next generation of researchers in this area that we thought it would be a good time to put a center together. We wanted to get the word out, especially about the breadth of the work that we do, so that if people in the industry were looking for solutions or research or opportunities that when they thought of gas-driven research, they would think Penn State.”

O’Connor said achieving real-world progress in gas turbine technology is the goal of the center. She noted the school received US$3.3 million from the U.S. Department of Energy to fund three projects aimed at improving turbine performance and efficiency to move closer to zero-emissions.

“By putting these kinds of multidisciplinary teams together, we’re hoping not to get the 0.2% efficiency push, but the 1% to 2% type of efficiency pushes,” O’Connor said. “To somebody who is not in the industry, that might not seem like much, but when you’re talking combined cycle efficiency, that’s millions of dollars a year in savings.”

O’Connor doesn’t see the trend toward renewable energy sounding the death knell for gas turbines. On the contrary, she things gas turbines will continue to play a critical role in energy production.

“I see gas turbines as an ally to the growth of renewable energy,” O’Connor said. “I am bullish on them going forward just because I do think they can play a really complementary role. They’re such flexible machines and there’s such a variety of applications that I see them as a partner and an ally in the growth or diversification in the energy space, which is important from both an environmental and a security standpoint.”