A Commercial First For RCCI Retrofits 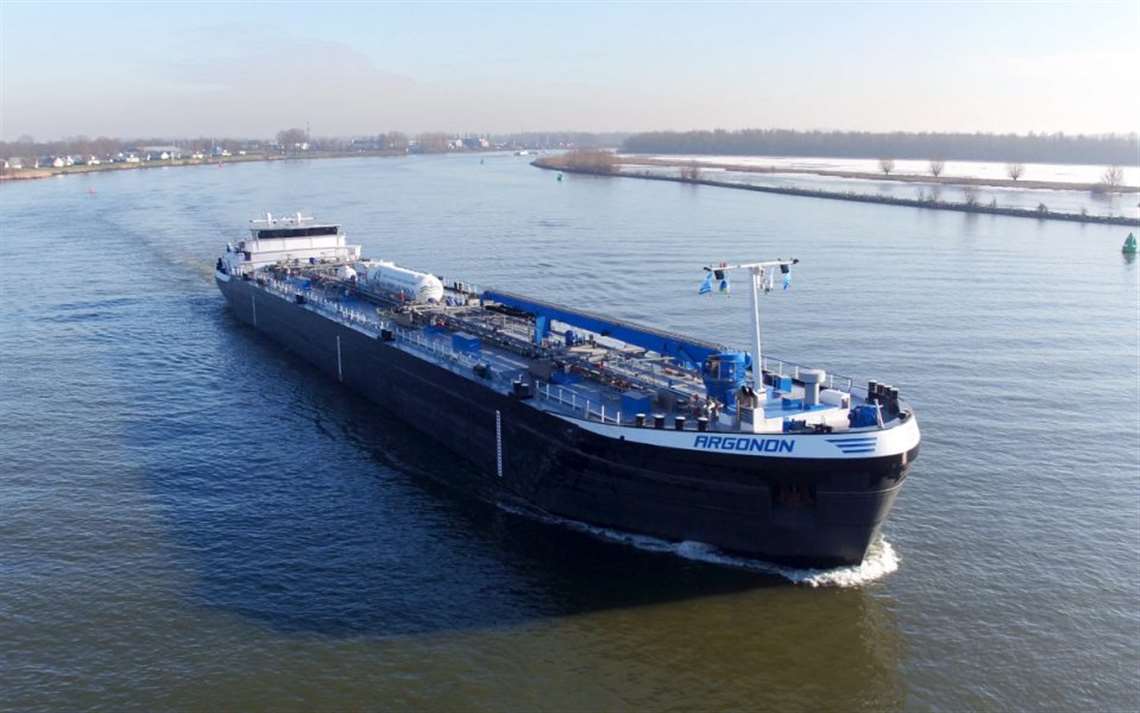 RCCI, or reactivity controlled, compression Ignition, enables diesel engines to run on sustainable fuels such as biodiesel, bio liquefied natural gas-compressed natural gas (LNG-CNG), ethanol, methanol, hydrogen, biopropane and ammonia, the company said. These fuels can be used with the ArenaRed-system all in one tank in a random mix, according to the company. With the retrofit, ArenaRed said it is possible to refuel at the cheapest price for the user without having to empty the tank first.

“In In many markets, the diesel engine provides the best economic solution,” said Professor Rolf Reitz of the University of Wisconsin USA, one of the researchers behind the development of RCCI. “With RCCI, the position of the diesel engine will get even better. This because now all sustainable fuels can be used in a very clean and efficient way without any compromise. The ArenaRed-system can be used in combination with new-build engines as well as retrofit. The ArenaRed retrofit will make existing and new diesels popular again.”

The ArenaRed RCCI was recently installed by Dolderman Dordrecht on the Caterpillar 3512 of inland vessel MTS Argonon, owned by Deen Shipping Zwijndrecht.

“With this retrofit kit we have succeeded in upgrading a Caterpillar 3500 series engine to comply with the recent Stage-5 emission requirements,” said Jaap Been, technical director Dolderman. “An excellent solution, both technically and commercially, for making existing and new diesel engines structurally sustainable. The engine is cleaner (less methane slip, NOx and soot), quieter and more efficient. And that without particle filter, SCR (selective catalytic reduction) and urea.”

Glenn Deen, director of Deen Shipping, said: “We were positively surprised by the results of the various tests. As a well-known forerunner in inland navigation in the field of sustainability, we are happy to make the Argonon available for this pilot. It is great to see that with this retrofit system on our existing Caterpillar 3512 engines we can already meet the Stage-5 emission requirements.”

Tests on the vessel were carried out by the government accredited body KW3. The RCCI-equipped engine with biofuel saves 10% on the total energy consumption compared to diesel, the company said. ArenaRed RCCI enables the diesel engine to comply with Stage-5, Tier-5-Final and Euro-6d without the need for a nitrogen catalyst (NOx) and therefore no urea is needed. In addition, no particulate filter is required. This ultraclean combustion is possible because with RCCI the fuel is ignited from the gas phase well mixed with air rather than from the liquid phase poorly mixed with air as is the case in conventional diesel combustion, the company said. ArenaRed is currently finalizing the Lloyds Register maritime type approval.

“After years of intensive work, it is great to see that the system performs so well in practice on board the MTS Argonon under all sailing conditions,” said Paul Nooijen, director of ArenaRed. “All the more since the EU emission requirements were tightened up considerably with the arrival of EU Stage 5 during the development process. Partly due to the support and commitment of Deen, Dolderman and the many partners and suppliers of ArenaRed, we finally succeeded in meeting these requirements. We are therefore very grateful to all who contributed to achieving this sustainable milestone.”