A carbon-neutral future depends on a flexible approach to energy production, according to Sushil Purohit, the president of Wärtsilä Energy.

The current COVID-19 pandemic may give some glimpses on how to achieve that flexibility, he said.

“If we look closer, the power systems in countries that had flexible generation capacity actually did very well compared to ones that didn’t” during the pandemic, he said. “Some countries had to move access electricity to neighboring countries and pay them to take it. And on the other hand, countries like Norway really benefitted because they had a flexible generation.

“So that showed the importance of flexibility in the power systems, which we have been talking about all along.”

A recent report by Wärtsilä also argues that governmental stimulus packages that were developed in the face of COVID-19 need to look more toward future flexibility. The report, Aligning Stimulus with Energy Transformation—found current programs are weighted to support legacy energy systems and not technology that could speed the transition towards flexible, renewable-powered economies.

To do that, businesses and governments must plan holistically to achieve a fully decarbonized world, he said.

“Every market is unique and what we base our analysis on is raw data,” Purohit said. “It’s our job as technology providers to enhance the discussion with data and power system modeling. When we engage in these discussions that way, we enable the regulators and the decision-makers to challenge, ask questions and plan a bit more strategically. We are encouraging people to think about the plan for a 100% renewable future. If you are talking about a target of a 100% decarbonized city, or a state or country by 2045, you have to have a plan. You cannot start to invest in random things.” 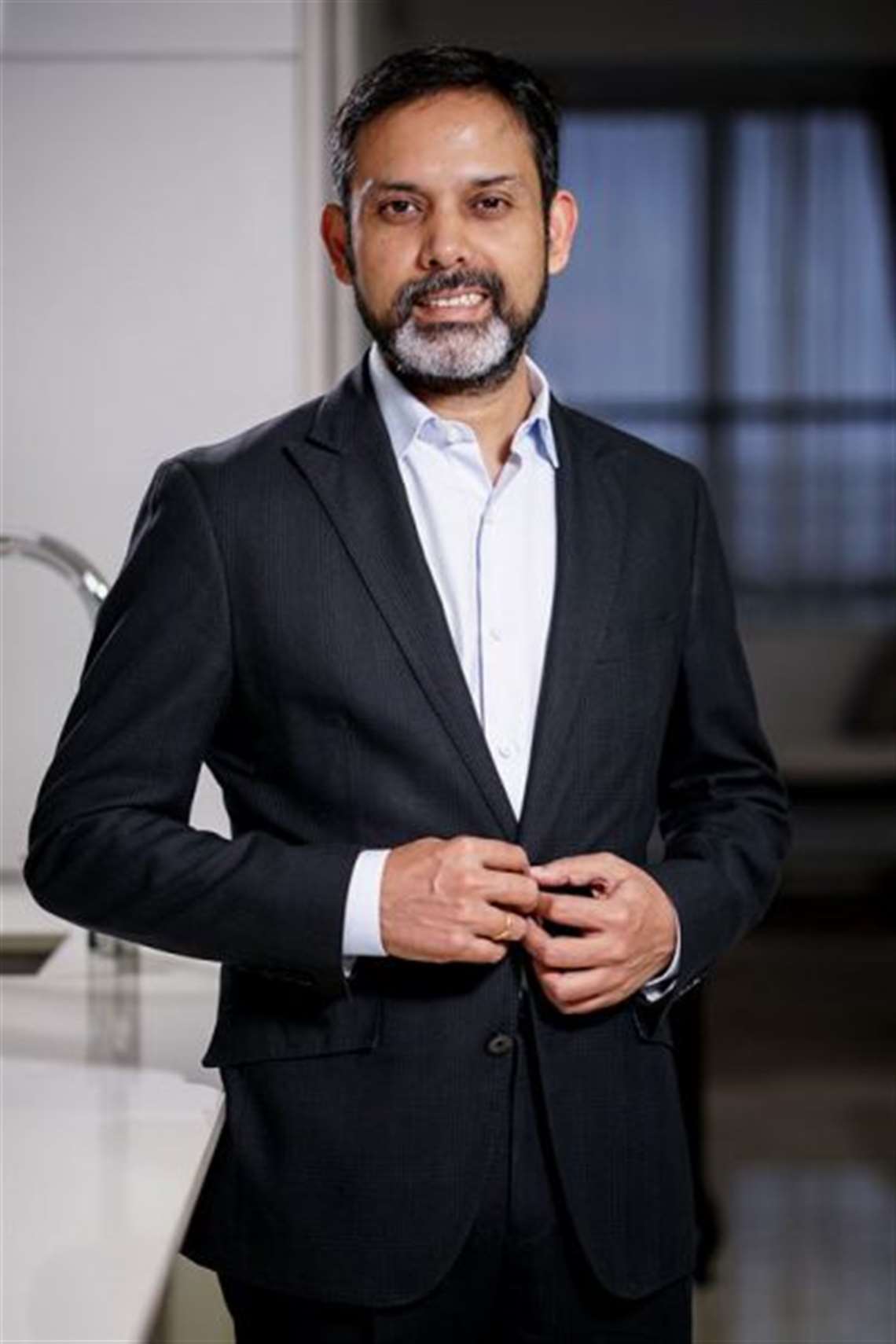 Wärtsilä’s report presents modeling of scenarios where the United States and the United Kingdom focus their current stimulus packages for energy on measures that accelerate the energy transition, aligning economic recovery with decarbonization. In addition, the report provides viewpoints from Wärtsilä experts in a range of other G20 countries, including Germany, Australia and Brazil.

The report states that in the United States, if the current stimulus pledged to support legacy fossil fuel sectors (US$72 billion) was allocated to advance modern, flexible, high-renewable power systems, over 100 GW of new renewable energy capacity could be achieved. This would result in over 500 000 new jobs in renewable energy, 175%2 more new jobs than if stimulus was focused on legacy, inflexible energy systems.

Modeling a carbon-neutral US by 2035

Furthermore, Wärtsilä has modeled a scenario for a carbon-neutral electricity sector for the United States by 2035. The model demonstrates that a cost-optimal carbon-neutral power system could be achieved with 1700 GW of new wind and solar, supported by battery energy storage and flexible gas-fired power capacity operating on renewable bio- or synthetic fuels. The fully renewable power system would create 8.7 million jobs in renewable energy alone and have an expected investment cost of US$1.7 trillion.

The Wärtsilä report said that to ensure reliability of a renewable-powered electricity system, over 400 GW of battery energy storage capacity and over 100 GW of flexible gas power capacity, running on renewable synthetic fuels would be needed. Over 150 GW of electrolyzer capacity for Power-to-X processes would be installed for the production of synthetic fuels.

Leveraging the energy stimulus in the United Kingdom

Wärtsilä’s analysis identifies that current energy stimulus, if utilized to leverage private sector funds towards the energy transition, could help the United Kingdom to reach a 60% renewable power system and cut power sector emissions by 58%. The system would have 60 GW of renewable energy, supported by 7 GW of battery energy storage and 14 GW of flexible gas-based generation for flexibility. This would create over 120 000 jobs in the renewable energy sector alone and put the UK on track to meet its net-zero emissions target by 2050.

Purohit said that the US and the UK stand at the brink of a clean energy revolution that could provide a blueprint for other economies to follow. Refocusing stimulus towards renewable and flexible energy would accelerate this shift, create jobs and cut emissions.

“This needs to be pretty well planned and in a more holistic manner, Purohit said. “And each of these plans will have to have a lot of investments in renewable energy, flexible generation and energy storage. This is how it is.

It’s extremely important right now that we spend the time on planning up front to build it back better, right from the beginning. We won’t have this chance to redo it after a few years.”

Purohit said that, as a global technology company that has delivered 73 GW of power plant capacity and over 80 energy storage systems in 180 countries, Wärtsilä is well-positioned to support the move to a carbon-neutral world.

He said Wärtsilä’s gas-based engines fit that flexibility need because they are able to ramp up in minutes to react to the variability of wind and solar power. They’re also equipped to burn renewable fuels like synthetic gas and we are working quite a bit on enabling hydrogen as a fuel—that’s the future fuel.”

Hydrogen as a fuel

“We’ve been doing a lot of work on Power-to-X, where you first use excess renewable power to produce hydrogen,” he said. “You can mix with CO2, which also you can capture from the environment or from other sources. And with a methanizer, you can make methane, which is kind of a natural fit for the electricity market.”

Methanol and ammonia, another possible byproduct from “green” hydrogen, are both easier to store and use that hydrogen itself, both on the energy side and also the marine side.

Purohit said the company has tested engines burning with 60% hydrogen and 40% natural gas blend and is working to optimize the combustion process to reach a 100% hydrogen burn.

“But there are challenges and I think every OEM and technology provider are struggling with the same issues—the combustion process, the emissions, and of course, the logistics with hydrogen,” he said. “There’s a lot of money coming into the R&D of a lot of companies, so we’ll get to a solution. It’s going to happen.

“Hydrogen-based fuels are going to be key,” he added. “If you look at the power system, when you talk about a 100% renewable future you can get quite far with renewables and energy storage, but you need flexible generation that can burn future fuels to make the last stretch.”

“We have an experience of over 10 years in executing energy storage systems around the world,” he said. “With these two technologies, we are really well-placed for growth.”

Off the coast of Portugal, the island of Graciosa in a very unique bind as it relates to energy security. Relying on oil, diesel and natural gas shipments has been a very expensive and traditionally the only option for isolated communities like Graciosa. The Graciosa Hybrid Renewable Power Plant enables 1 MW of solar, 4.5 MW of wind power and a 6 MW / 3.2 MWh energy storage system to be supplied to the local grid, reducing the islands’ reliance on petroleum imports and significantly reducing greenhouse gas emissions.

B2Gold, a Canadian public gold-mining company, operates a large gold mine in southwest Mali, Africa. Seeking a cleaner energy solution to improve energy generation and energy security at the off-grid mine, including integration of existing energy assets (solar and engines), B2Gold chose a hybrid solution to reduce their fuel-dependence, cut carbon emissions and optimize mining operations at the Fekola Mine. Wärtsilä has partnered with B2Gold to deliver the solution. Wärtsilä’s GEMS, an advanced energy management software platform, helps optimize a 17.3 MW/15.4 MWh energy storage system alongside a 30 MW solar photovoltaic plant onsite, in addition to the mine’s existing 64 MW fuel generator.