A hydrogen first in China for GE

Project expected to be operational in 2023

Expected to burn up to 10% by volume of hydrogen blended with natural gas upon start of operation, the gas turbines will be the first to burn hydrogen blended with natural gas in mainland China, the companies said. The project is expected to be operational in 2023 providing 1.34 GW of power to the Guangdong province, which is an agglomeration of cities. Harbin will also provide steam for the industrial process of the chemical complex present in Huizhou.

According to the companies, China is committed to the coal-to-gas transition and implementing its policy to reduce coal’s share to under 58% of the energy mix. Hydrogen-blended natural gas-fired generators have the lowest CO2 emissions of all fossil power generation fuels—a 10% hydrogen-blended natural gas-fired combined cycle plant has roughly 40% of the CO2 emissions of a similarly sized coal plant, and lower emissions levels for other pollutants such as mercury, NOx, SOx and particulate matter. 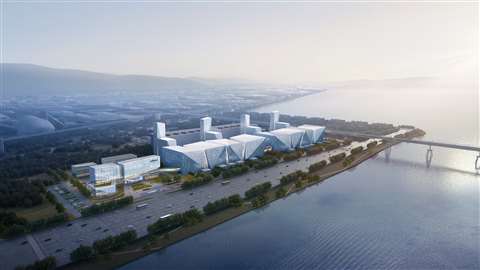 “GE sees hydrogen-blended natural gas serving as a catalyst accelerating the world’s efforts towards decarbonizing the power generation sector,” said Ma Jun, Utility Sales General Manager of GE Gas Power China. “We are pleased that Guangdong Energy Group once again has selected our H-Class technology to deliver highly efficient power generation that will emit even less carbon when blended with hydrogen. The units will initially operate on a blend of up to 10% hydrogen by volume, with potential for an increase in future.”