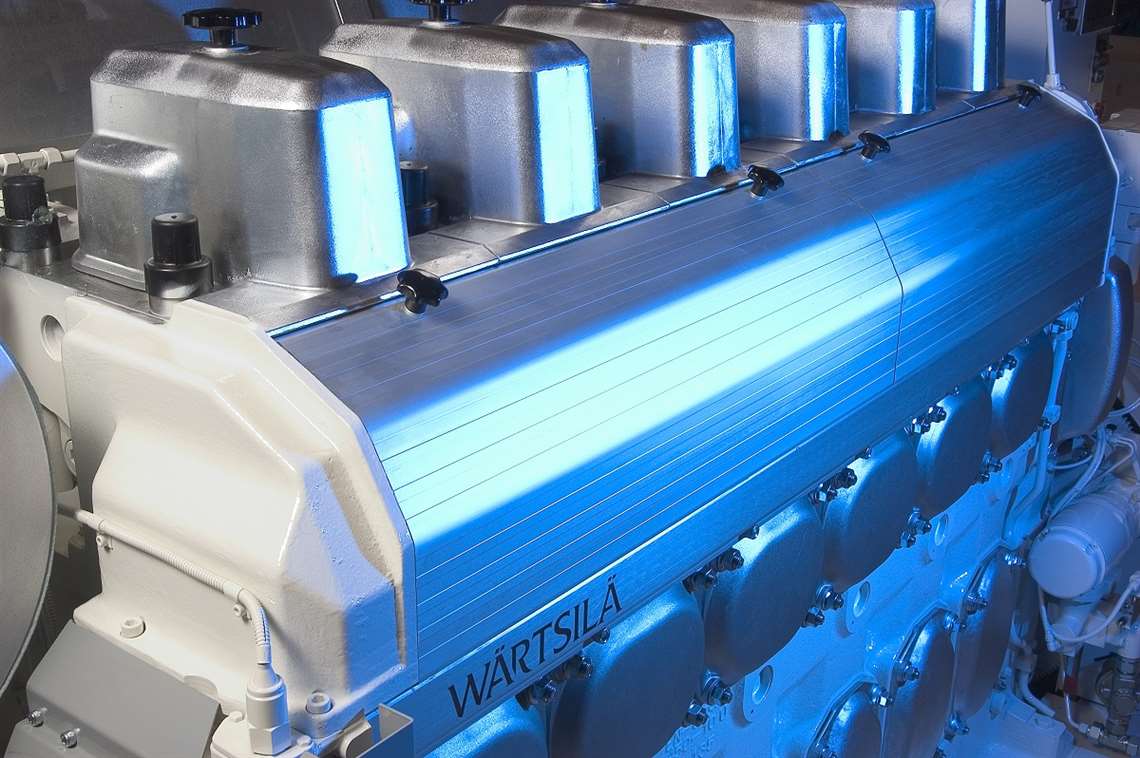 Wärtsilä is launching an upgraded, more powerful version of its Wärtsilä 20 diesel engine that increases output per cylinder from 185 to 220 kW.

By increasing the output per cylinder, fewer cylinders will be needed when installed in 60 Hz generating sets, the company said. This means that a lighter and more compact generating set is possible within the 1.3 to 2 MW merchant auxiliary segment.

“The new Wärtsilä 20 engine has the best power-to-weight ratio on the market in its segment. This provides an exciting value proposition for owners of ships where a light yet powerful engine is an advantage,” said Stefan Wiik, vice president, Engines, Wärtsilä Marine Solutions.

Since the new engine is a refinement of the existing Wärtsilä 20 engine, there is a high level of compatibility with the spare parts needed, the company said. The maintenance procedures are also for the most part unchanged.

The Wärtsilä 20 can switch from MDO to HFO and vice versa without power interruption at any engine operation load. The engine is fully compliant with the IMO Tier 2 exhaust emissions regulations set out in Annex VI of the MARPOL 73/78 convention. IMO Tier 3 compliance is available, as an option, together with the Wärtsilä NOR SCR system. The engine is a popular choice for a wide range of applications including merchant ships, special vessels, and offshore applications. The upgraded Wärtsilä 20 is also included in the newly introduced Wärtsilä HYug series featuring integrated energy storage and power management systems.

The new Wärtsilä 20 engine will be officially launched at the Marintec conference and exhibition to be held in Shanghai, China.