A switch from coal to gas—then hydrogen?

Mitsubishi Power Europe GmbH, the European subsidiary of the Mitsubishi Heavy Industries Group and the largest sugar manufacturer in Europe, has signed a contract to convert the boiler fuel of the Ochsenfurt sugar factory from coal to natural gas.

The modernization, scheduled to be completed in 2023, will reduce carbon emissions during sugar production and will also open the way for conversion to hydrogen fuel, the company said. 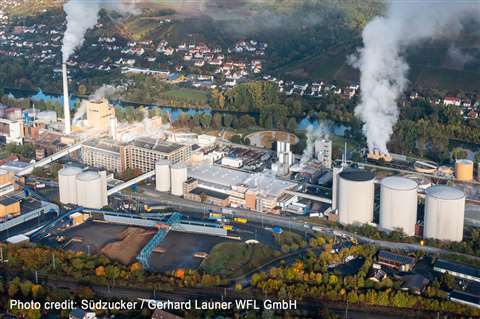 The Ochsenfurt factory is surrounded by vineyards along the River Main and was completed in 1952. With an annual production capacity of up to 320 000 tons, it boasts one of the largest sugar production capacities in Germany, making a significant contribution to the supply to the market.

“This project is a great opportunity to partner with a major European sugar company to achieve sustainable cogeneration,” said Andreas Rupp, head of Service Sales at Mitsubishi Power Europe. “By using natural gas as a transitional technology to achieve net zero in the future. Modernizing old combined heat and power equipment with a variety of fuels and fuel conversion technologies is a practical and important step towards achieving energy transitions.”

Sugar production is energy intensive and requires as much heat as an electric power company, the company said. The heat used in the sugar manufacturing process is mainly supplied as steam. It will be supplied using coal during the sugar production process from 2022 to 2023, which will be the final heat supply by coal.

The technology also makes it possible to switch to 100% hydrogen-only combustion when cheap hydrogen fuel can be procured in the future with minimal changes and repairs to existing equipment, the company said. Another result of this innovative concept is the ability to flexibly adjust the operation of combined heat and power equipment to meet the diverse demands of the demand side, increasing production reliability.