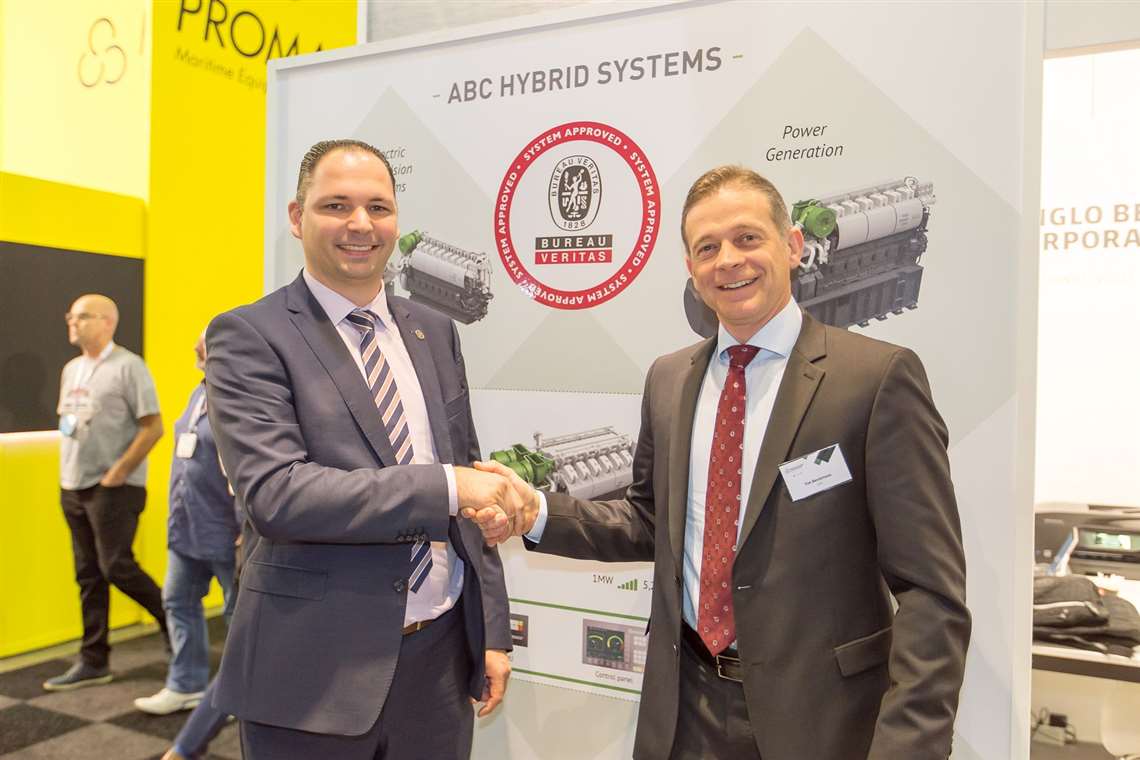 ABC said the first target market for these hybrid systems are workboats such as tug boats, utility/support vessels, pusher boats, OSV’S, platform supply vessels and many more.  Both the combination of mechanical and/or electric propulsion systems (up to 15MW) belong to the offer. As a result, ABC can also respond to the demand of inland waterway vessels, tug boats, coasters, container feeders, dredgers, military applications and many more.