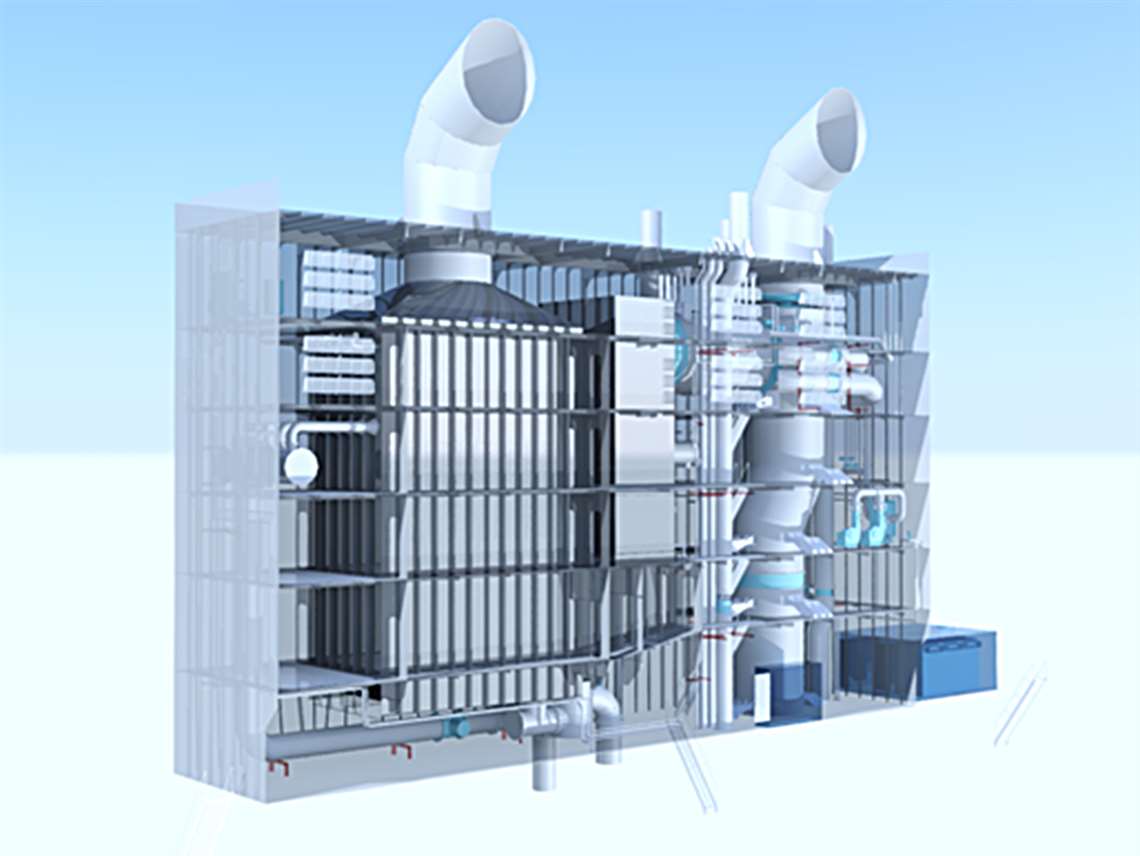 The new SOx abatement system was developed by combining MHPS’ exhaust gas treatment technologies cultivated through providing desulfurization systems for thermal power plants with Mitsubishi Shipbuilding’s marine engineering expertise which has been developed through its long shipbuilding experience. MHPS’ land-based flue gas desulfurization systems have the capacity to treat the equivalent of 7 to 20 times of the emissions from a large size marine diesel engine, the companies said.

The Active Funnel is most suitable for very large container ships with high exhaust gas emissions and limited installation space for SOx abatement systems. It can desulfurize large amounts of exhaust gas and its flexible design makes it possible to be installed even in narrow spaces between the container holds, while maintaining a vessel’s container capacity. The Active Funnel is also suitable for installation on existing ships since it is provided as one module and has a short retrofitting period, the companies said.

The Active Funnel is applicable to both open-loop systems and hybrid systems.

When new SOx emissions regulations come into effect, the Active Funnel technology expected to contribute to the further development of environmentally-friendly and economic global marine transportation, the companies said.