Wabtec said its FLXdrive, the world’s first 100% battery locomotive, achieved more than an 11% reduction in fuel consumption and gas emissions during a three-month pilot program. The FLXdrive was paired with a diesel locomotive during the pilot program.

The company said that was the equivalent of over 6200 gal. of diesel fuel saved and approximately 69 tons of CO2 emissions reduced.

The FLXdrive was put into revenue service with BNSF Railway, the largest railroad in the U.S. The locomotive was run more than 13 320 mi. of hilly terrain in San Joaquin Valley, California – a territory surrounded by mountains. The region is classified as a non-attainment area, where the air quality is worse than the National Ambient Air Quality Standards.

“The FLXdrive battery-electric locomotive is a defining moment for freight rail and will accelerate the industry toward low- to zero-emission locomotives,” said Eric Gebhardt, Wabtec chief technology officer. “It builds upon the rail industry’s position as the most efficient and sustainable mode of transportation. Building on our long history of pioneering train energy management technologies, this demonstration of coupling 2.4 MW hours of battery storage into the mix fully validated our assumptions for the potential for this next generation technology to further drive efficiencies and greenhouse gas reductions. At more than 6 MW hours, Wabtec’s next version of FLXdrive technology will have an opportunity to reduce fuel consumption and emissions by up to 30% – putting the industry on the cusp of a once-in-a-generation improvement in energy savings and emission reductions.” 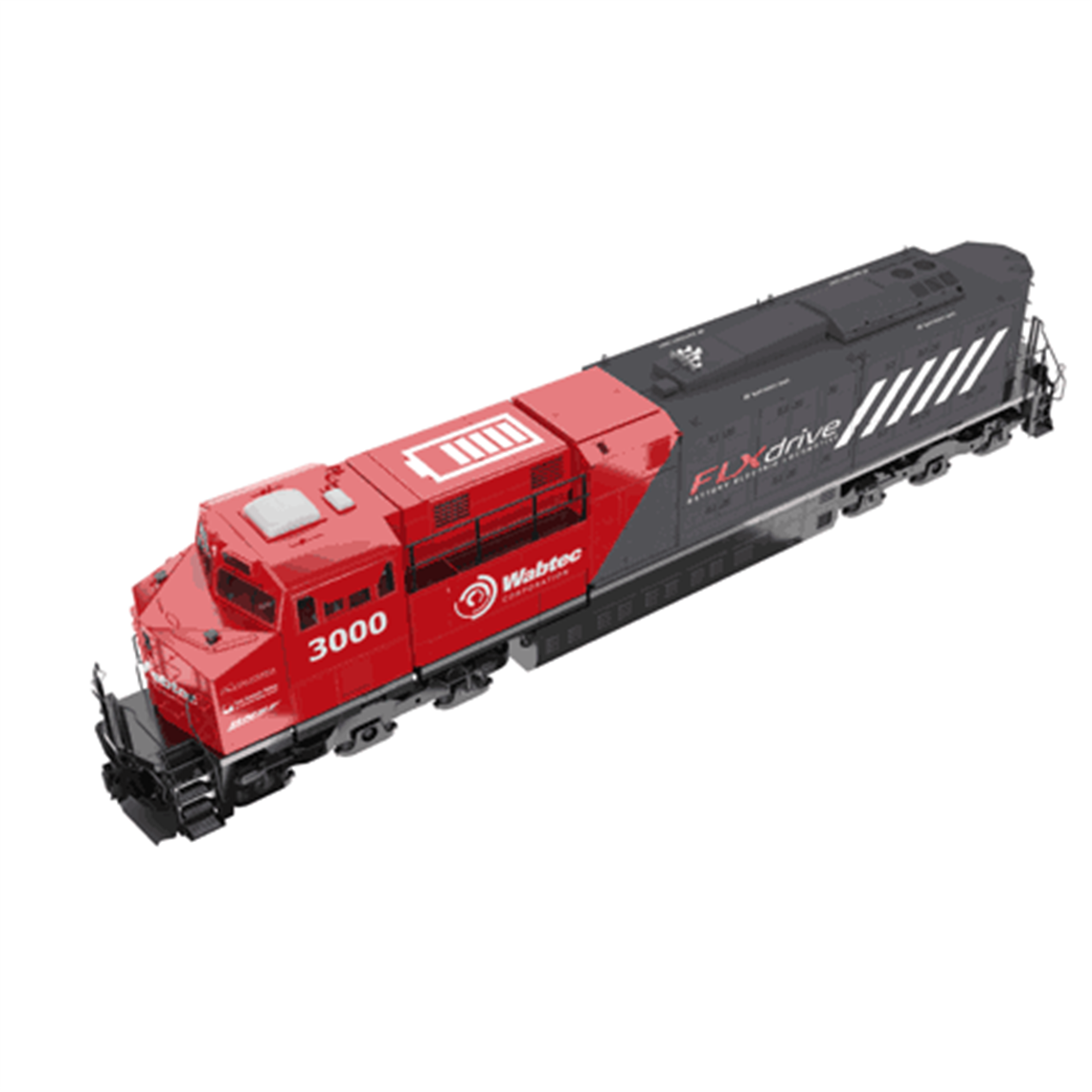 The California pilot program was part of a US$22.6 million grant from the California Air Resource Board awarded to Wabtec, BNSF and the San Joaquin Valley Air Pollution Control District. The 430 000 lb. FLXdrive in the pilot incorporates 18 000 lithium-ion battery cells. The battery locomotive charged at the rail yard and recharged during the trip through regenerative braking. The FLXdrive manages the overall train energy flow and distribution through its Trip Optimizer system, an intelligent cruise control system programmed through artificial intelligence to respond to every twist and grade of the track in the most energy-efficient way possible.

Wabtec’s next step is to build a second-generation locomotive with a battery capacity of more than 6 MW hours – a level of energy that can reduce a locomotive’s fuel consumption and carbon emissions by up to 30%, even while hauling several thousand tons of freight in a mile-long train, the company said. A fleet of second-generation FLXdrives will be commercialized and could enter supply chain routes in the next few years.

Wabtec’s goal is to develop the next generation of zero-emission locomotives. The company has a clear path to power new locomotives – and repower existing locomotives – with batteries, hydrogen internal combustion engines, and hydrogen fuel cells. It is part of Wabtec’s vision for the rail industry to play a key role in building a clean energy economy and reduce carbon emissions globally by up to 300 tons per year.