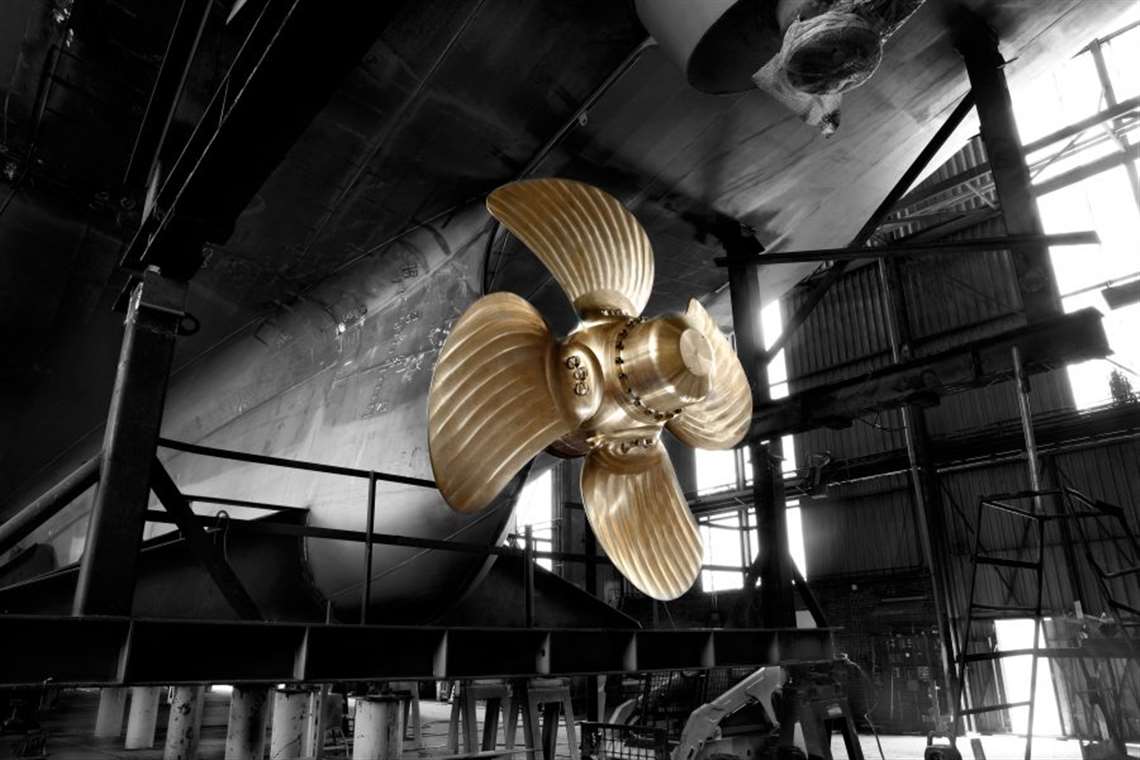 Stefan Sedersten has a simple message for the maritime industry:

Sedersten, who has his old office back at the company’s headquarters in Öckerö Islands outside Gothenburg, Sweden, said the rebirth of the Berg Propulsion brand has been greeted warmly.

“I would say in the industry, it seems like the Berg Propulsion name has been very well received,” Sedersten said. “It seems like it’s been kept in the memories of a lot of customers—this company has been in place since 1912, it has delivered propellers since 1929. So I think in the marine field, it’s a very well-known brand.”

But the company must rebuild some of its ties to the marine world, he said.

“A propeller is more or less customized every time, at least to some extent,” he said.

To do that, a company must fully understand the vessel’s performance and how it’s supposed to be run, Sedersten said. You also need to also consider the whole vessel, so that one solution doesn’t cause problems in other areas, like increase vibration or noise, he added.

Sedersten said he followed Caterpillar Propulsion from afar during the past few years and could see the company was facing challenges.

The new Berg will hang onto some of the strengths that Caterpillar brought to the company, Sedersten said.

“So we need to make use of the best from what was core Berg and what has been pulled from the Caterpillar days,” he said. “And that means we have the capacity when it comes to product development, R&D processes, the compliance business, all this, which comes from being a big company (like Caterpillar),” he said. “But we need to regain the spirit of Berg… the strong community around the company.”

Now that the deal is done, one of the first steps for the new Berg Propulsion is centralizing all manufacturing operations for controllable pitch propellers, azimuthing and transverse thrusters, and associated control systems to a single campus location in Sweden.

The consolidation of the two facilities is planned to take place during the remainder of 2020 with further investment plans for increased assembly and warehouse capacity to support aftermarket support to be completed by the beginning of 2021.

Internally, Berg will work to reestablish ties to the industry and Sedersten said he’s optimistic that the company can grow even during the current challenging time in the maritime industry.

“I think industry will be at a low for quite some time, but relatively speaking, I think we will be able to regain market share both in sales and in product support in some regions,” he said. “We will be focusing on the product support and to be in direct contact with the customers when required. We will maintain relationships with those dealers that have proven to work well.”

He said the company plans to increase its expertise within product support and invest in systems where the company can reply to customers as quickly as possible when it comes to converting a request into a quotation.

“We will be able to do this very quickly,” he said. “We will have offices in Shanghai, Dubai, and Singapore and Sweden. And we would have a strong network with the dealers we will continue to operate with so altogether we would have strong representation. We will have a support function for the dealers, where we ensure we are quickly to respond to any request. And that means when it requires some R&D or development work, we would have sufficient capacity to be able to do those modifications required quite quickly.”

“We have delivered quite sophisticated systems within this area but we will continue to build, because this is an area we see increasing somewhat,” he said.

“We will need to invest in something in relation to fuel optimization, emissions control, or environmental impact in this area, whether that is engine control, whether it’s engine optimization or something else, I can’t tell.”

Another company Sedersten leads is Lean Marine (see related story). Sedersten has been chairman of Lean Marine since January 2018.

“In that company, we’re working with controlling the engine to have running parameters, to ensure you get maximum thrust out of the sort of energy contained in the fuel,” Sedersten said. “So you’re ensure that to the engine is operating at optimum circumstances and you have adaptive adjustments to ensure your run at optimal conditions. So maybe we will see some kind of cooperation around with these two companies, it’s too early to tell, but it could be.”

Sedersten said Berg Propulsion plans to maintain its relationship with MaK engines—a brand of Caterpillar. “We have a relationship in place there (with MaK), but we will also work with more direct sales becoming an option also for other engine makers,” he said.

Sedersten said that for the company and its roughly 300 employees, the first few months under the Berg Propulsion name have been about building new—and rebuilding old—relationships. For a company that has been around for more than 100 years, there are no shortcuts, Sedersten said.

“If you’re into a business long-term, my belief is sometimes there’s an upwards market trend and sometimes it’s difficult for the market,” he said. “When that happens, the only thing you can do is to adapt to it and be the better choice. So in my opinion, I think the new ownership structure definitely gives the company more flexibility and the ability to survive and thrive.”