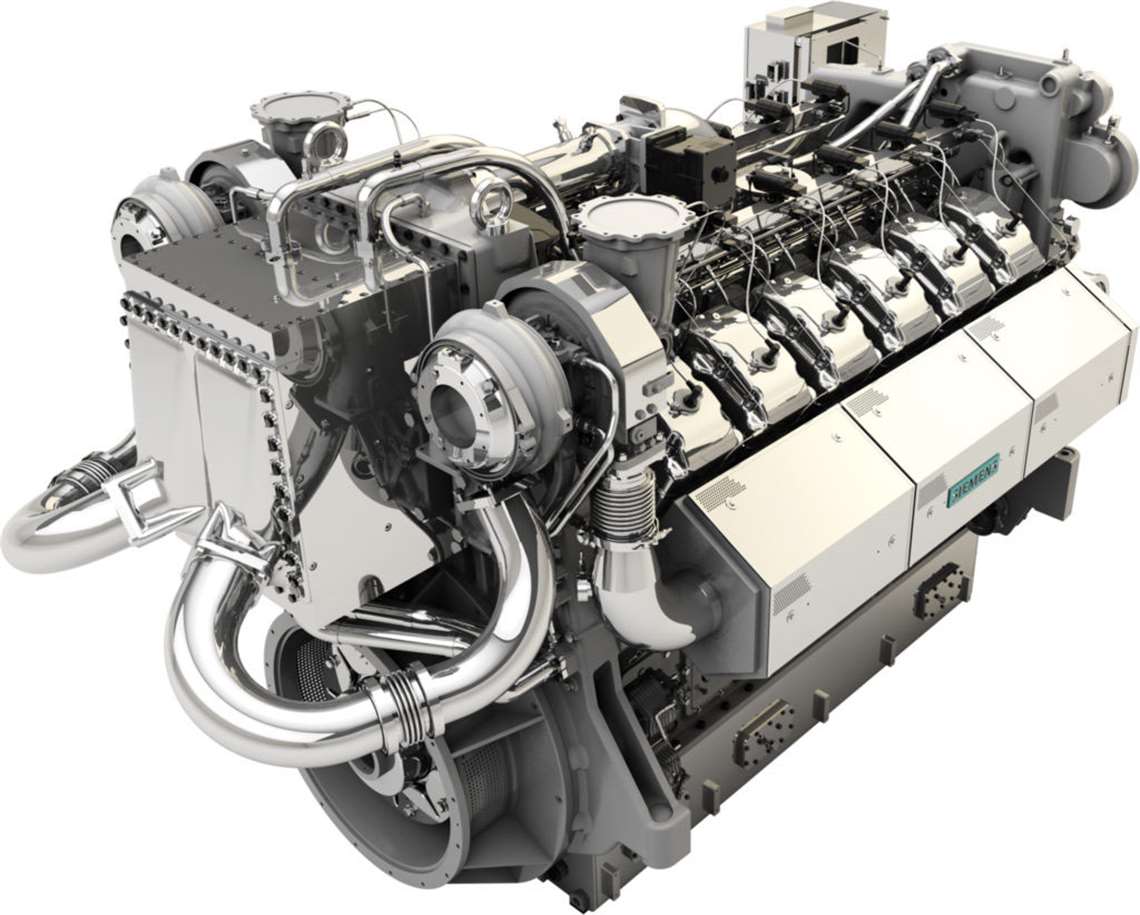 Siemens has launched a new gas engine with a power output of two MW for power generation applications.

The new E-series gas engine includes the SGE-86EM for the 50 Hz market and the SGE-100EM for the 60 Hz market. The 12-cylinder GE-86EM and the SGE-100EM engines provide a broader spectrum of efficient products and solutions for clean, low-MW-range distributed power generation, Siemens said.

In 2015 Siemens acquired Guascor engines and generator sets as part of the Dresser-Rand product portfolio. The name of these engines now includes “SGE,” for Siemens Gas Engine. Siemens legacy Guascor engines are recognized as robust and efficient machines that deliver heat and power and perform reliably in critical and demanding applications. With roots dating back half a century, approximately 4700 Guascor engines are operating in more than 50 countries. Siemens’ expanded portfolio now ranges from 300 kW to 2 MW for the gas engines; 4 to 66 MW for industrial and aeroderivative gas turbines; and up to 425 MW for heavy-duty gas turbines.

The new E-series gas engine is based on the thermodynamic Miller cycle combustion technology designed to ensure high reliability, minimal emissions and longer run times between service intervals, the company said. With a mechanical efficiency of about 47% and an electrical efficiency of 45.4%, the engine offers a high level of performance for both prime power generation and cogeneration applications. The new engine series’ capacity to deliver on-site power, heat and cooling for a wide variety of commercial, industrial, and municipal applications translates into an excellent cost-performance ratio, Siemens said. With more than 3000 operating hours and comprehensive testing at Siemens’ Engine R&D Center in Miñano, Spain, demonstrated a reliable, efficient engine with competitive capital and operating costs.

“The new E-series engine offers a more compact and efficient alternative to the 2 MW engines available in the power generation market today,” said Eva Garmendia, product line manager. “We can also offer one of the shortest lead times in the industry, with just 24 weeks from concept to delivery of a complete gen-set.”

CHP is a common application used by large building complexes, like the one planned for the Siemens Campus in Erlangen, Germany. The Erlangen Campus will create a new urban district and debut as Siemens’ first CO2-neutral location worldwide. In collaboration with Erlangen’s municipal utility, the campus will operate on a CO2-neutral basis, thanks to state-of-the-art building and energy technology. A decentralized energy system that uses a separate cogeneration system based on four new SGE-86EM engines will provide district heating and cooling for the campus. This system will be combined with a single concept in order to adapt to the existing energy infrastructure and will eliminate expensive development or expansion of the existing infrastructure. The units are expected to be delivered to the site in 2018.