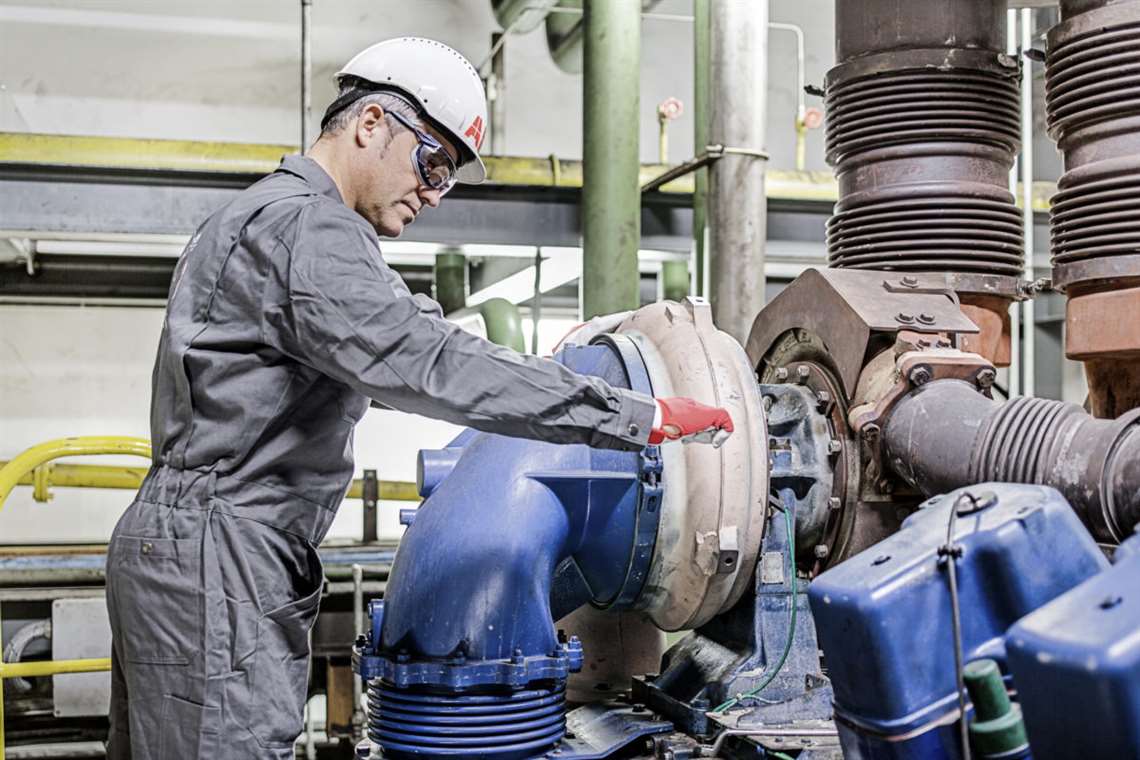 Upgrading ABB turbochargers at two power plants in the Caribbean boosted engine performance and led to a solid return on investment (ROI), according to an independent study by US-based Forrester Consulting.

The study looked at what happened when new, advanced compressor wheels with a higher efficiency were fitted to six turbochargers on three engines. Study results showed a 64% ROI from these turbocharger upgrades. The increased revenue resulting from higher engine output of three engines in the examined power plant accumulated to approximately US$ 537 000 per year, according to the study.

Dr. Thorsten Bosse, general manager and head of Product Line Upgrades for ABB Turbo Systems, said that turbocharger upgrades have a number of benefits, resulting in a highly favorable ROI.

Bosse added: “The upgraded turbocharger in the analyzed case comes with a higher speed margin. This allows the engine operator to avoid derating—especially in case of high ambient temperatures—and to run the engine up to its full power output.”

The study by Forrester Consulting was based on a power plant in the Caribbean with three engines in their mid-life—about seven years old. The engines were due for a major overhaul that included the exchange of rotating components, so the turbocharger upgrading was carried out in concomitance with the overhaul. The new advanced compressor wheels were fitted to six turbochargers on the three engines.

According to the study, the increased efficiency obtained led to fuel savings of 1.6%, equating to a reduction of US$ 470 000 in the annual fuel bill. In addition, due to the wider speed margins of the new compressor wheels, it was possible to run the turbochargers at a higher speed, particularly during the hot period of the day. Before the upgrade, the engines could not be run at full load but had to be de-rated due to very high outside temperatures. After upgrading, the power output could be increased by 2.4% resulting in US$ 537 000 additional revenues per year.

“We have had cases in which the decision to replace another brand turbocharger with an ABB unit was driven by the need to increase reliability,” Bosse said. “Also, we often see that customers encounter problems with the availability of spare parts and ask us for help. ABB in this respect can guarantee the maximum availability. On top of that, installing a new turbocharger may increase your overall engine reliability.”

Bosse said that the decision on a turbocharger upgrade is mainly made and carried out in concomitance with a major overhaul. Since most of the performance-critical components exchanged during a turbocharger upgrade—like the turbine and compressor wheel—are those that would, in any case, be renewed during a major overhaul, executing an upgrade as part of scheduled maintenance is an extremely cost-effective route to improved engine economy, longevity and performance.

“Turbocharger upgrades so far are mainly seen in the power generation market,” Bosse said. “Marine applications are a growing area of business in this respect and we have done some upgrades already. This market is a bit more challenging though, for example due to the certification process involved. From the technical point of view a turbocharger upgrade is not much different from a land-based application, but every change in the set-up of the engine has to pass certification again, which is an additional hurdle.

Our experience so far, is that re-certification can easily be done if the OEM is involved,” added Bosse. “The additional cost is even lower than we initially expected. We are also observing that classification societies and OEMs make joint efforts to simplify this process in order to make the benefits of upgrades and retrofits more easily available for operators and owners.”

According to Bosse, locomotives are also an interesting application for turbocharger upgrades: “We are working on a number of upgrade or retrofit solutions. The railway industry has its own approach towards maintenance and service: diesel locomotives may have a lifetime of up to 35 years or even longer. At mid-life there is typically a major overhaul during which the locomotive may be completely refurbished and the engine remanufactured. This is the perfect point in time to go for a turbocharger upgrade.” Bosse explained that benefits in such a case are manifold, ranging from efficiency gains and increased operational flexibility, to extended time between overhauls, improved reliability and compliance with stricter emissions regulations.

One of the most logistically demanding upgrades was recently undertaken by engine manufacturer Wärtsilä and ABB Turbocharging in Portugal, and involved upgrading eight TPL 77 turbochargers on the engines at the Caldeirão thermal power plant located on São Miguel, one of the islands in the Azores group. The plant is run by EDA Electricidade dos Açores S.A.(EDA) and supplies about 45% of the electrical power produced in the Azores, with the balance coming from renewable sources.

The upgrade involved changing the cartridges on two turbochargers per engine on four gen-sets powered by 18-cylinder Wärtsilä 18V46 engines, each rated 17 MW.

Reducing specific fuel consumption at the plant was the overriding motivation for the upgrade. ABB Turbocharging reported a decrease in specific fuel consumption on the engines of approximately 2% per unit. At the time of the upgrade, fuel represented about 90% of the total direct costs of the plant, thus in just six months, the saving had translated into a reduction of about €160 000. In addition, staff at the Caldeirão plant also recorded a decrease in the temperature of the exhaust gases which has a positive effect on thermal stress on engine components.