The company signed a memorandum of understanding (MoU) with the Egyptian government, under which bp will carry out several studies to evaluate the technical and commercial feasibility of developing such a facility. It is intended that high potential locations across Egypt will be considered as part of the feasibility study. Green hydrogen is produced by the electrolysis of water, powered by renewable energy. 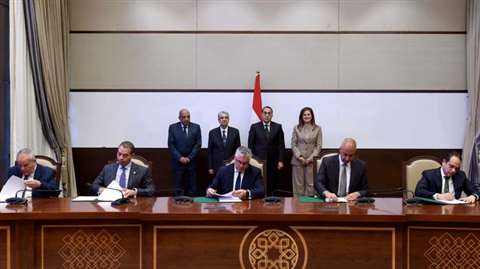 bp signed a memorandum of understanding (MoU) with the Government of Egypt under which it will explore the potential for establishing a new green hydrogen production facility in the country. (Image:bp)

“bp is proud of our long history in Egypt and significant role in the country’s energy industry,” said Anja-Isabel Dotzenrath, bp’s executive vice president of gas and low carbon energy. “Egypt has world-class renewable energy resources, and we look forward to working with the government to explore how we can support its ambitious low carbon strategy.”

Bp considers hydrogen to be one of its top five energy transition growth engines. Globally, bp said it is working on a significant and growing portfolio of options for the development of green and blue hydrogen projects in advantaged markets worldwide, including potential developments in the UK, the Netherlands, Germany, Spain, the Middle East, US, and Australia.

“Expanding the remit of our business in Egypt is testament to bp’s long-term commitment to Egypt,” said Nader Zaki, bp’s regional president, Middle East and North Africa. “This MoU builds upon Egypt’s endeavors to be a regional energy hub and we are glad to be able to be a strategic partner to support the country’s green energy transition plans.”

Among other activities in the country, bp operates the major West Nile Delta (WND) gas development, which currently produces around 900 million cubic feet per day (mmcfd) of gas and 27 thousand barrels per day (mbd) of condensate. The development includes five gas fields across the North Alexandria and West Mediterranean Deepwater offshore concession blocks in the Mediterranean Sea.