Chevron Marine Lubricants said its new Taro Ultra Advanced 40 oil has passed the Main NOL (No Objection Letter) Service and Confirmation field tests by MAN Energy Solutions, which allows the oil’s uninterrupted use in their Mk 9 and later engines.

Since the International Maritime organization (IMO) 0.5% sulfur cap came into effect on Jan. 1, 2020, the engine designer has defined two performance standards for lube oils intended for use in their two-stroke engines. To deal with changing fuel variants and engine designs, MAN ES has introduced a new strategy to raise the performance level of cylinder oils by dividing them into two performance categories, Category I and Category II.

Category I oils are for MAN ES Mk 8 and earlier engines, category II oils are higher performance for their Mk 9 and later engines. 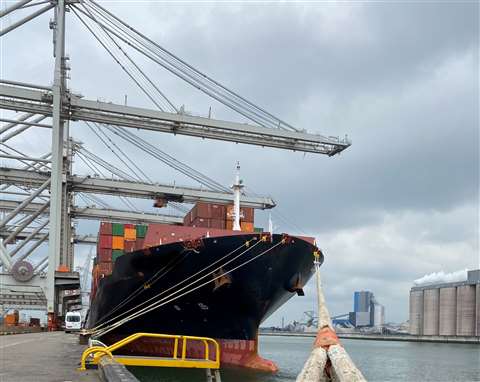 Taro Ultra Advanced 40 was tested extensively on vessels with MAN 8G80ME-C9.2 in conjunction with shipowners including Greece’s Cape Shipping SA.

“We were operating our engines on 40BN cylinder oil and VLSFO, however, we had to run alternating with 100BN oil to keep our MAN G80ME-C9.2 engine clean,” said Mr. Elias Soulis, Technical Manager Cape Shipping SA. “We have now operated for extended time, on Chevron’s new high-performance 40BN cylinder oil and have seen a significant improvement. We no longer have to alternate between the two products to have excellent looking engine cylinder conditions. Having a single product for all our operational conditions reduces greatly the complexity of the operations for our crew.”

Taro Ultra Advanced 40 will be available across in the second half of 2022.