The General Inspectorate for Emergency Situations of the Romanian government has ordered two Damen Stan Patrol 5009 emergency response vessels. The order finalizes an extensive tender process that the Romanian government issued as part of its ‘Vision 2020’ project that aims to improve Romania’s disaster-response capacity by purchasing new equipment and training staff, aiming to better protect its population in emergencies.

The government of Romania has ordered a pair of emergency response vessels from Damen. (Photo: Damen)

The Search and Rescue Multirole Vessels as requested by the Romanian government and engineered to specifications by Damen, will be able to complete missions up to three days in rough seas and adverse conditions. The range is at least 2000 nautical miles at cruising speed. One vessel is a Search and Rescue Multirole Ship with emphasis on medical aid, while the other is a Firefighting Multirole Ship, equipped to stop fires at vessels and platforms at sea. The first can evacuate at least 50 people from emergency situations, while the firefighting vessel is laid out to take at least 30 people on board.

The vessels are being built and equipped at the Damen Shipyards in Galatí, Romania. 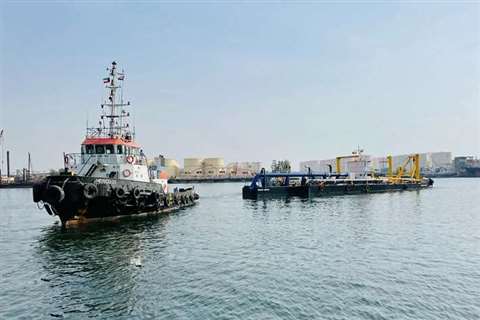