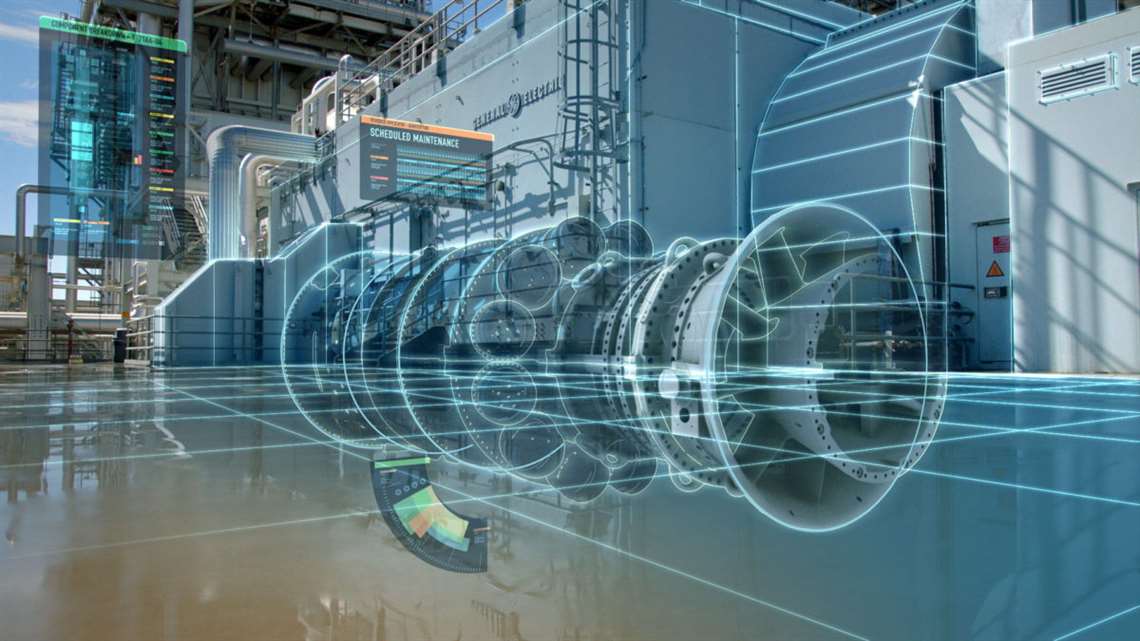 In yet another expansion of its digital offerings, GE Power unveiled what it calls the Digital Power Plant for Steam, a suite of technologies aimed at reducing greenhouse gas (GHG) emissions and improving performance and efficiencies at steam power plants.

The announcement follows the company’s Digital Power Plant for Gas platform, unveiled in September 2015. Like its predecessor, the Digital Power Plant for Steam can incorporate up to 10 000 sensors across a plant and then monitor outputs in real time. That data is analyzed and key factors that may affect performance, such as fuel quality, plant aging and external conditions are highlighted, said Dick Ayers, chief commercial officer at GE Power Digital Solutions. The system then takes appropriate action through a closed loop control system.

“Our launch of the Digital Power Plant for Steam just builds on our portfolio of digital capabilities which enables optimization and improvement of asset performance through digital capabilities,” Ayers said. “This is about leveraging the data that exists today and how do you use it better.”

GE made its announcement at the company’s fifth annual Minds + Machines event in Paris. The event includes focused sessions on the state of the of what GE calls the Industrial Internet — the integration of complex physical machinery with networked sensors and software.

Ayers said that as the Digital Power Plant for Steam interprets data drawn from sensors across the power plant, it can react in real-time to make the plant run more smoothly. For example, Digital Power Plant software can monitor and alter the mix of fuel and air in the combustion process, which is critical to both output and emissions. Too much fuel in the mix may lead to higher emissions. Too little air may lead to ineffective combustion and output.

Real-time monitoring is especially important when steam plants are used as a source of ancillary power, requiring them to ramp-up generation faster and more often than they were designed to do, GE said. Without effective monitoring and control of key plant processes, fuel consumption may be inefficient, emissions may increase, and equipment life may be impacted.

GE’s Digital Power Plant software can enhance the performance and reduce emissions of almost all steam plants — including non-GE and legacy Alstom plants — commissioned in the past 25 years, Ayers said.

“This technology actually learns how the equipment runs and it’s actually able to tune it going forward, on how to optimize for NOx, how to keep CO in a tight boundary and improve heat-rate,” Ayers said. “It can take fuel caloric value, it can go and learn the best settings for that type of fuel at that ambient temperature.”

Powered by GE’s Predix platform, the operating system lets utilities monitor and manage every aspect of the power generation ecosystem to generate electricity as cleanly, efficiently and securely as the global economy and environment now demand with unprecedented real-time control and precision, Ayers said.

“GE built that platform for itself, to drive industrial productivity in its businesses and then realized a couple years ago that it could be leveraged for customers,” he said. “I’ve been in this role almost two years now, building out applications which are relevant across the power industry, we have common-use cases whether it’s in steam, whether it’s in nuclear, whether it’s in renewable.”

The system also offers value beyond optimizing power plants, Ayers said. Plants can use the data to make decisions on maintenance, schedules and staffing.

GE’s announcement of the Digital Power Plant for Steam focused primarily on its benefits for coal-fired plants. Improving the efficiency of coal plants is one of the toughest challenges in the electricity world today, according to GE. That’s because plant technology is typically more mature (50% of active plants in Europe are more than 25 years old), systems are highly complex, and efficiency rates are very low.

However, while the focus was on coal, the Digital Power Plant for Steam is agnostic when it comes to energy source, Ayers said.

“It goes onto any generation type and any system,” he said. “You’ve got to think of it as an additional layer of analytic capability that allows you to optimize and improve availability, reliability and ultimately profitability and competitiveness of a utility or a power generator.”

Parts of GE’s Digital Power Plant for Steam are already being used at some power plants and GE can customize the system for individual needs, Ayers said.

“An analogy I use is the telephone,” he said. “If you have a solid infrastructure of wire communication, the advancement to mobile environment took some time.

“What we see is that some of our customers have some of this capability already, how do they take that and scale it — how do they become more flexible to make these dynamic decisions.”

As the markets become more complex, power producers will need to make faster real-time decisions and with better data, Ayers said. That’s a challenge for some, he added.

“Some customers look at you like deer in the headlights and some of them get absolutely excited by this capability and this technology and it’s just one of those industry tidal wave which are taking place today,” Ayers said. “Change is not easy. It is absolutely not easy the technology has changed way faster than our cultural ability to change and that’s some of the challenge that the industry is facing. But you don’t want to be left behind.”