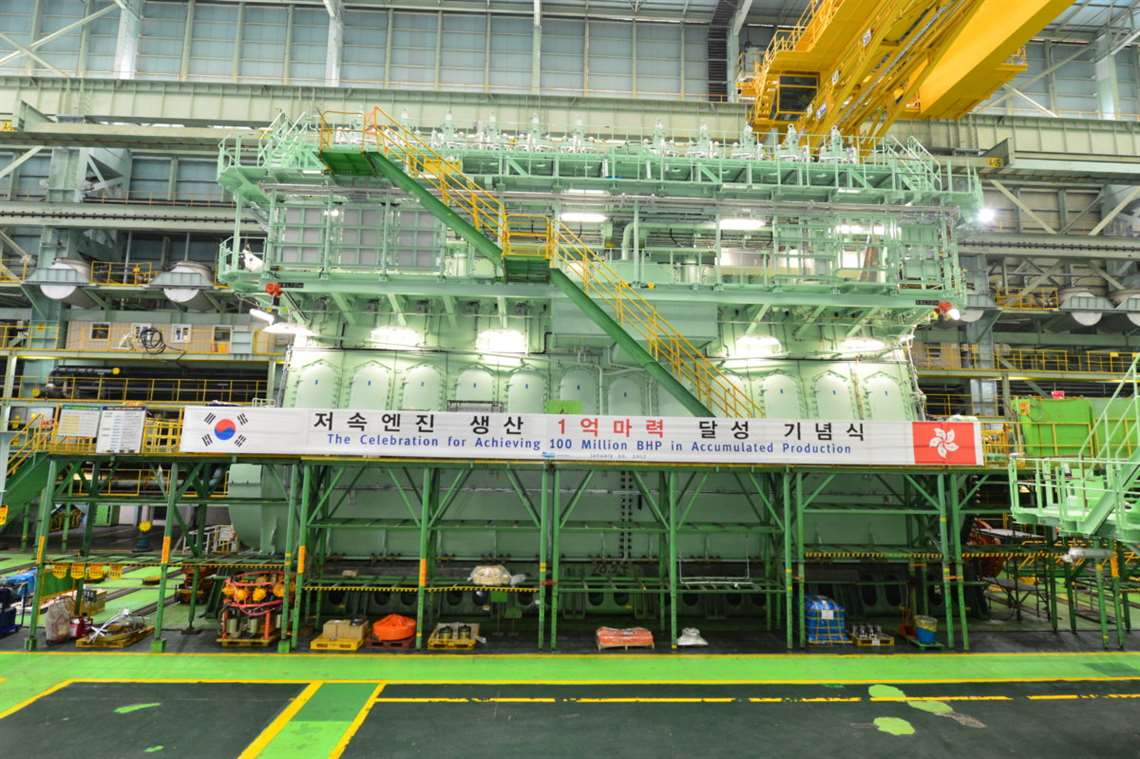 The milestone was achieved with the successful test operation of an MAN B&W 11G95ME-C (103 000 hp) engine, the most powerful engine in MAN Diesel & Turbo’s engine portfolio.

Thomas Knudsen, head of Low-Speed, led a company delegation to Korea and spoke at the event, noting that Doosan Engine had celebrated the cumulative production of 50 million bhp just nine years ago. He stated that Doosan Engine had mastered the production of diesel technology and developed into a valued partner in the continuous development of diesel engine technology.

“There have been a lot of major milestones to celebrate at Doosan Engine, and there will undoubtedly be many more,” he said. “But for now, I would just say congratulations on the 100 million bhp—and we are looking forward to the 100 million kW mark!”

Knudsen concluded his speech by mentioning the current, turbulent marine market and said: “Analysts say there is a crisis in shipping and in ship building. However, we have to keep in mind that world trade will grow as more regions attain a higher level of economic development. Therefore, there is no doubt but that the shipbuilding industry will eventually gain pace again.”