Doosan Škoda Power supplied its first steam turbine to the Australian market with a sale to the Avertas Energy energy-from-waste project.

Once launched, the turbine will generate enough electricity to power more than 55 000 homes in Western Australia. 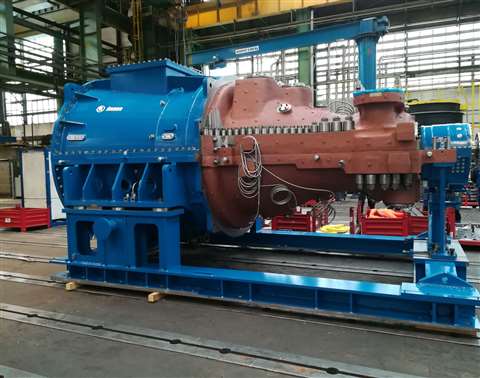 Doosan Škoda Power supplied a steam turbine for the Avertas Energy facility in Australia. For the steam turbine manufacturer, this project is the first contract on the Australian market and at the same time a steppingstone to other planned energy-from-waste projects in Australia.

“This project is our first installation in Australia and confirms the high technological level of Doosan Škoda Power steam turbines,” said Zdeněk Bartoníček, area sales manager at Doosan Škoda Power. “Energy recovery of waste is a practical way of dealing with excessive amounts of waste and at the same time reducing CO2 emissions. Australia thus follows the example of Europe where energy recovery of waste has had a long tradition, and we at Doosan Škoda Power are proud to see that our turbine, designed and manufactured in Pilsen, is part of this project.”

Avertas Energy is a co-development between Macquarie Capital and DIF. The EPC contract was won by Spain-based infrastructure and renewable energy company Acciona Industrial, which started construction work in October 2018.

In order to ensure safe and reliable operation, it is necessary to meet particularly demanding conditions associated with waste incineration and high reliability, Doosan Škoda Power said. The company has designed, manufactured and delivered a 45 MW DST-G20 single-body turbine model. The delivery also includes the transmission unit and the power generator. In addition to designing, manufacturing and delivering the turbine, Doosan Škoda Power will be responsible for providing technical assistance during assembly and subsequent commissioning of the facility.

Doosan Škoda Power is a leading global manufacturer and supplier of power plant machinery, especially steam turbine/generator sets with outputs between 3 and 1200 MW.