ECG Forges Ahead With Expansion 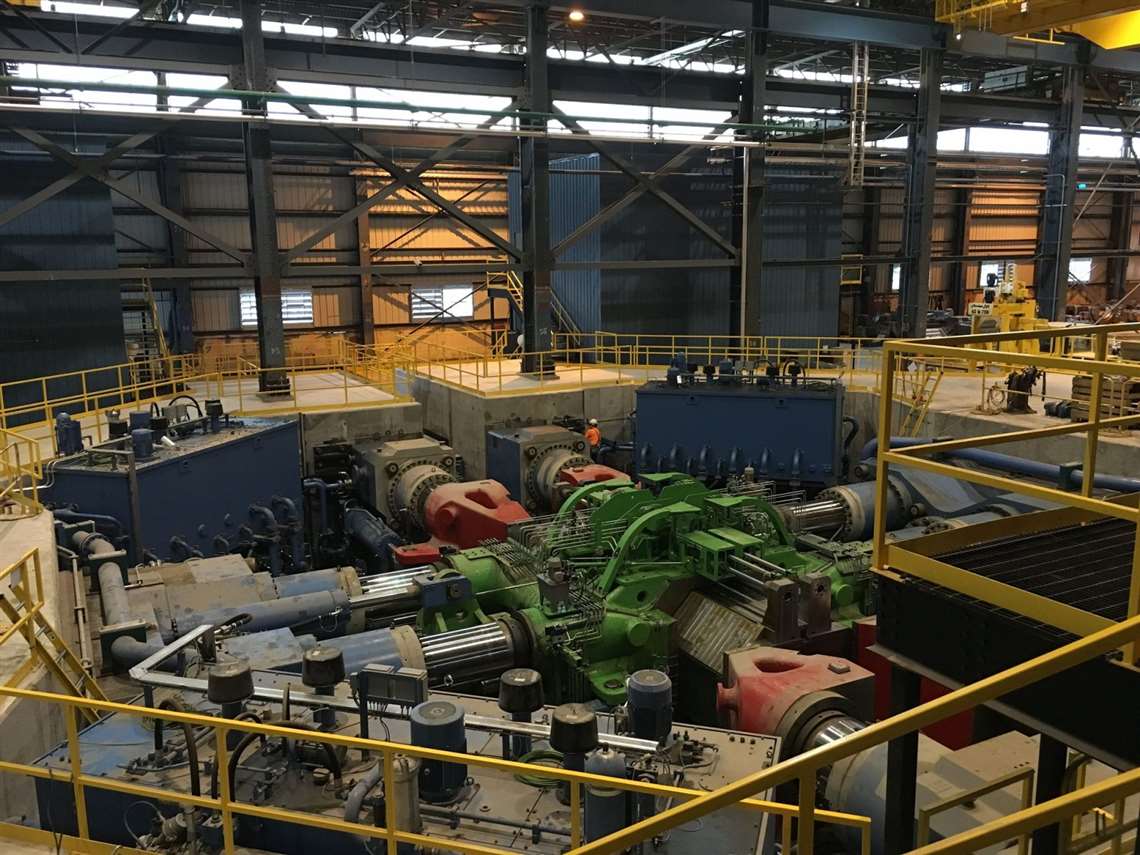 Ellwood Crankshaft Group (ECG) is familiar with expansion. Throughout its 107-year history, the crankshaft manufacturer has built a forging empire across the Midwest, but its biggest move yet took place this past year.

The company, which has been for more than a decade, has a new 37,000 m2 forging facility situated in Sharon, Pennsylvania, USA. At the center of this spacious structure sits ECG’s crown jewel — a horizontal, multidirectional press, which gives the company the ability to double its crankshaft sizes and produce the largest monolithic crankshafts in the world, according to ECG.

ECG has always had crankshaft manufacturing in its blood. David and Jonathan Evans started the company in 1910 as Ellwood City Forge in Ellwood City, Pennsylvania. Over the century, the company acquired and expanded its operations across its home state, as well as across the Midwest (Illinois, Ohio and Michigan), Texas, Canada and Mexico. Today, ECG consists of seven business units and more than 22 manufacturing sites.

Its most notable crankshaft move, however, came in 2003 when ECG purchased the assets of National Forge. Those assets included the Loewy press, which allowed Ellwood’s new operation — Ellwood National Crankshaft in Irvine, Pennsylvania — to produce 5000 crankshafts annually for medium-speed engines in the gas compression, stationary power, marine and locomotive markets.

Even with this acquisition, the Loewy press had limitations. The crankshaft size, as well as the equipment’s advancing age (built in 1960) made it apparent that ECG would need a redundant technology to continue to keep crankshafts rolling out of its manufacturing facilities, Taylor said.

Research began as early as 2005 for ECG, which evaluated all its internal capabilities, as well as modern technological offerings, including TR and RR forging methods. By 2011, ECG selected a European company to design and engineer the new press. While having a backup to the Loewy press was essential, the company also wanted to expand its forging capabilities.

“Once we selected an engineering partner, we had over a year of engineering together and then a year of building and construction on the press,” Taylor said. “After that, we had another year of testing and acceptance of all the equipment.”

The new press possesses all the capabilities of its predecessor, and adds a new dimension to ECG’s portfolio outside of simply crafting larger crankshafts. The new press can also produce oblique-shaped forgings, allowing ECG to convert open-die forgings, complex castings and weldments to a . Those forgings include eccentrics, rectangles, cylinders, flanges and extrusions made from alloys and stainless steels among other available chemistries. Typical products include pinions, turbine rotors, tie and tension rods, shafts, special cups, single or multiple cams, blocks and couplings.

“The new technology allows for the conversion of new products currently produced as open-die, weldments or castings where net near shape forging was not possible,” Taylor said. “The unique ability to upset and offset will revolutionize how traditional industrial products are manufactured for years to come.”

The new press spans 35 x 35 m, with a height of 8.5 m. It features 317.5 tonnes of vertical, horizontal and circumferential post-tensioning tendons, 771 tonnes of traditional reinforcement, self-contained hydraulics (16 000 L per tank with three types of motor and pump pairs. The press also has four electrical sub-stations for each hydraulic aggregate at 3 MW each.

The upset axis of the press has two opposed 80 millinewton (MN) crossheads, while the clamping, offset axis has two opposing 75 MN crossheads within the 6000 m3 concrete foundation. Independent servo drives control 24 axes for position, speed and pressure. The full forging and decompression cycle controls the ram parallelism and off-center loading.

Comparatively, the Loewy press is a horizontal, multidirectional forging press designed to produce diesel locomotive crankshafts with near net-shape geometrics. Built in 1960 by the Loewy Construction Co. of New York, the press features a traditional four-column structure with 3629 tonne crossheads opposing one another in the horizontal, creating the upset axis with a 1996 tonne C-frame press oriented at 90 degrees to maintain tool clamping.

“The Loewy press makes highly repetitious diesel engine crankshafts,” Taylor said. “Now, in 2017, we have a new press that can overlap the capability of the Loewy and produce the largest repetitious monolithic crankshafts as well as the low volume (custom) crankshafts.”

While the new press is the main attraction in Sharon, the facility also includes an automated heat-treating system to help ECG control the entire metal-shaping process from inception to finalization. The Sharon facility includes a heat-to-forge space that consists of four “clam shell” style furnaces that provide variable heat length control, as well as two furnaces in box-type configurations for noncrankshaft products.

The rest of the facility contains a die design and assembly area, a machining space and a full-service laboratory. Forging trials and process development also take place within the Sharon facility.

With the planning, research, design, construction and testing behind him, Taylor and the ECG staff haven’t done much reflecting on the company’s enhanced capabilities. Even as the first 300 mm bore gas-engine crankshaft came off the new press in March 2017, the reaction of Taylor and the crew was telling.

“There was a feeling of accomplishment (when the first crankshaft was forged), but the feeling was more of a ‘Yeah, we’ve done it, let’s get right back to work,’” he said. “We haven’t taken the time to celebrate just yet.”

Still, Taylor knows that the company has set itself up well for future, saying, “The level of innovation, technology and new capabilities will allow ECG to develop new products with our worldwide customers for the next century.”