The shift from coal to natural gas and renewables over the past 15 years has resulted in lower CO2 emissions from electricity generation in the U.S., according to the U.S. Energy Information Adminstration (IEA). 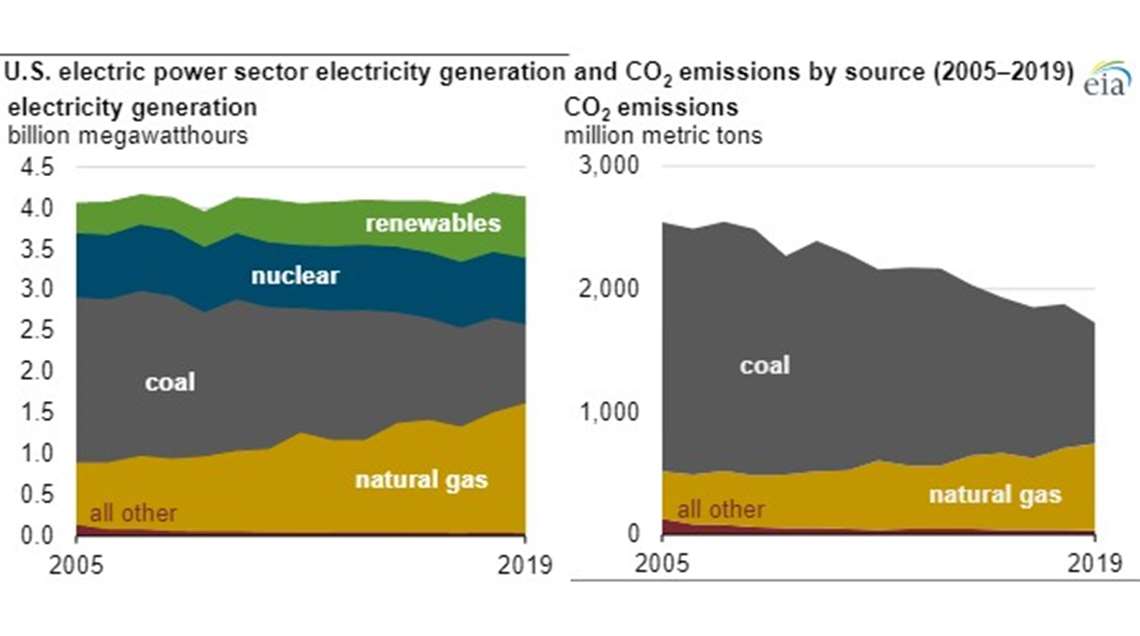 For the next few years, this trend may be changing. The IEA’s Short-Term Energy Outlook forecasts that higher natural gas prices will lead to less natural gas-fired generation and more coal-fired generation in 2021. However, in 2022, the IEA expects both coal and natural gas to lose a portion of their shares to renewables.

“CO2 emissions associated with generating electricity from coal and natural gas differ because of differences in the fuels themselves—coal has more carbon content per unit of energy,” the IEA said. “In addition, coal-fired plants and natural gas-fired plants differ in how efficiently they convert their respective fuels to electricity. The amount of CO2 produced when a fuel is burned depends on a fuel’s carbon content. Coal produces more CO2 per unit of energy than natural gas does when burned. Coal consumption for electricity generation produces 209 pounds of CO2 per million British thermal units (MMBtu), compared with 117 pounds of CO2/MMBtu for natural gas.”