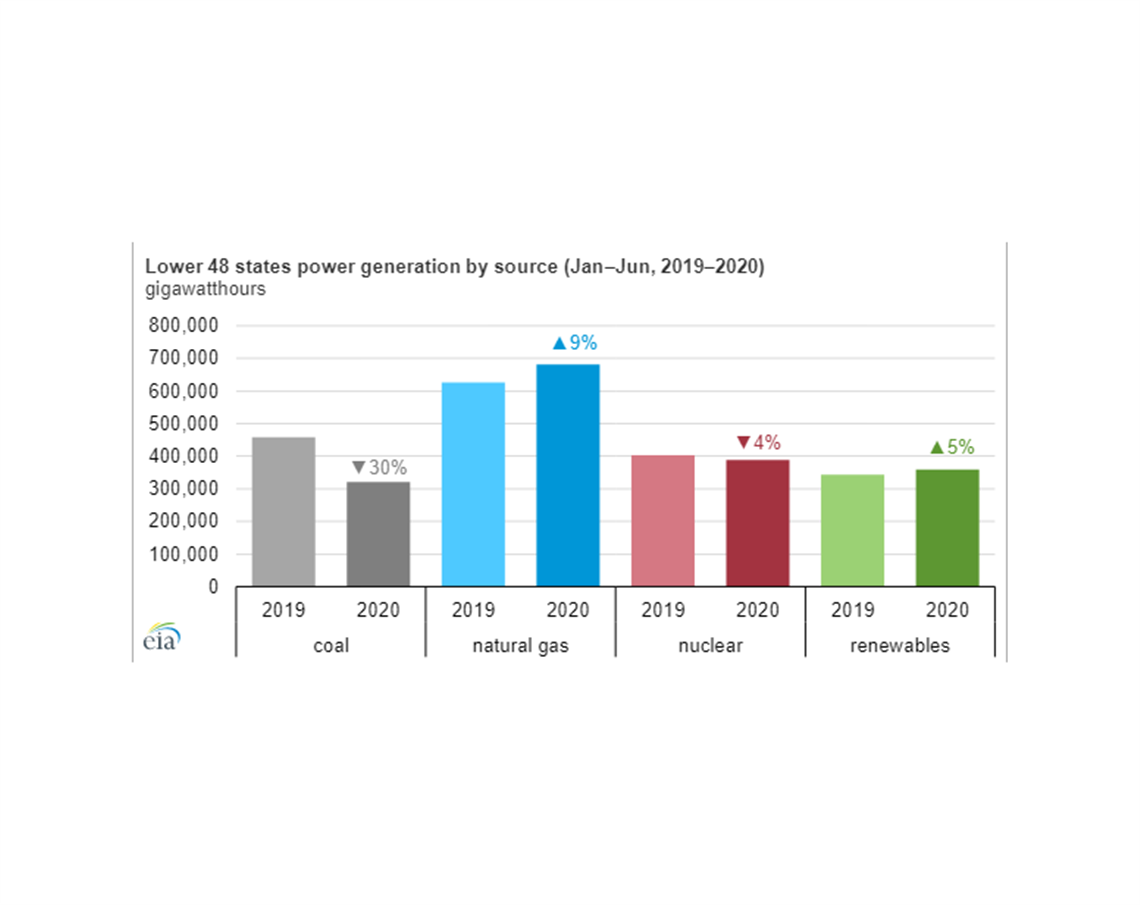 Natural gas was the fastest-growing source of electric power generation in the first half of 2020, according to data from the U.S. Energy Information Administration’s (EIA) Hourly Electric Grid Monitor.

Coal-to-natural gas switching was most prominent in the PJM Interconnection (PJM), which covers an area stretching from New Jersey to Illinois, and the Midcontinent Independent System Operator (MISO), which primarily includes areas in the Midwest. PJM and MISO together account for about 35% of the total Lower 48 states’ electric power generation. In both interconnections, competition exists between natural gas and coal as generation fuels, so relative shifts in fuel prices can influence the type of power plant that is dispatched, the report states By the end of June, the natural gas spot prices at the Tetco M3 hub in eastern Pennsylvania and the Chicago Citygate fell to $1.58/MMBtu and $1.66/MMBtu, respectively, down nearly 50¢/MMBtu each from last year. As prices fell, natural gas-fired generation increased by about 17 000 GWh in PJM and 15 000 GWh in MISO in the first half of 2020, while coal-fired generation declined about 34 000 GWh in PJM and 40,000 GWh in MISO.

Capacity additions have also contributed to the growth in natural gas-fired generation. According to the Electric Power Monthly, about 18 000 megawatts (MW) of net capacity from new combined-cycle natural gas turbine plants has entered service since 2018. Output from these highly efficient plants has been steadily ramping up and helping to drive increases in generation. During the same 30-month period (January 2018–June 2020), about 31 000 MW of net capacity for coal-fired plants retired along with about 2400 MW in net capacity for nuclear power plants.