Emissions Regulations And Beyond 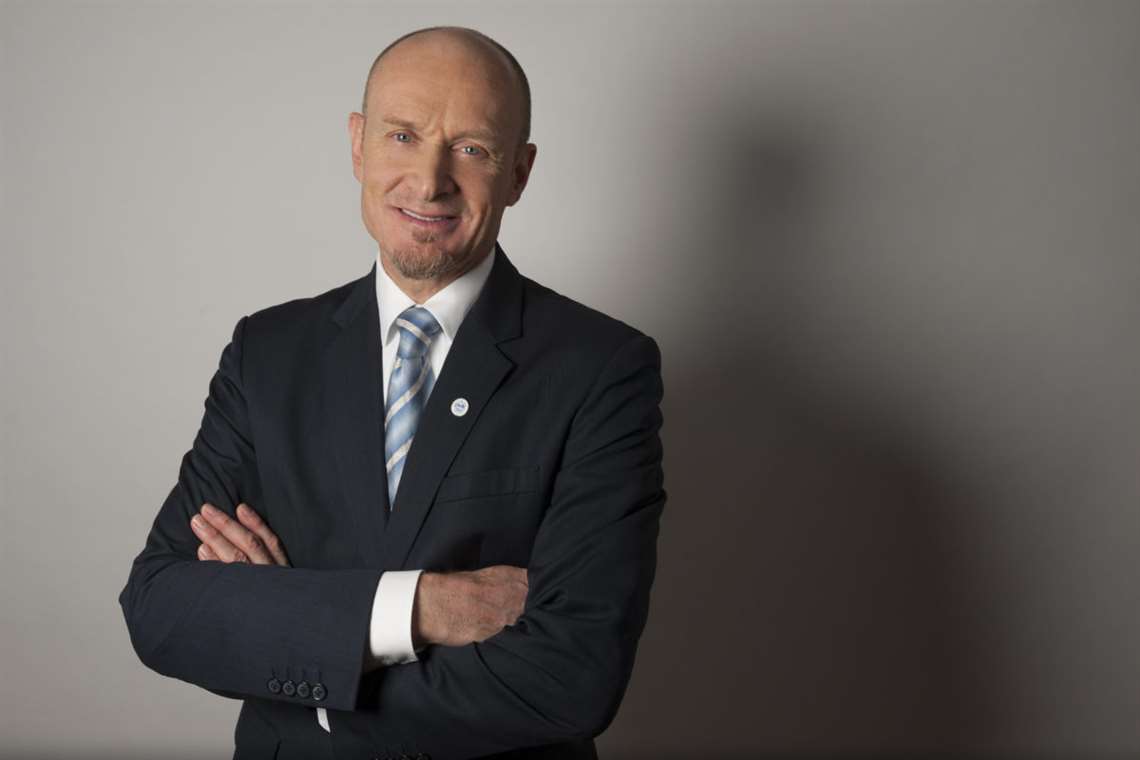 Klaus Heim, chief technical officer (CTO) at Italy-based fuel injection specialist OMT S.p.A., assumed the role of president for the International Council on Combustion Engines (CIMAC) at the 28th CIMAC World Congress in Helsinki, Finland. He will remain at the helm of the CIMAC board until the next world congress in 2019. Diesel and Gas Turbine Worldwide spoke with him about the focus the organization would take during his tenure as well as trends in emissions regulations and engine development.

Worldwide: You took over the position of CIMAC president at the 28th CIMAC World Congress in Helsinki, Finland. What did you inherit from your predecessor and what are your plans in bringing the association forward to the 2019 congress?

Klaus Heim: In the last few years, the emissions legislation has kept the CIMAC organization and its members busy evaluating suitable technologies, fuels and combinations of solutions to get engines cleaner. Most of the recent CIMAC events, circles, seminars and the congress have been dealing with at least one of these subjects.

Talking about CIMAC as an organization, we managed to increase the number of members in recent years, and both the financial basis of the association as well as the organization of  the congress have been re-aligned to become more professional and strengthen the structural backbone of CIMAC.

For the coming years, we are planning to consolidate the new setup and have a closer look at the strategic direction of CIMAC, how to ensure that we offer added value to our members and how to strengthen or adapt the structure of CIMAC in order to meet the challenges of the future.

WW: The previous president, Dr. Teetz, told us in 2013 that the path to the next congress would have remained much focused on constantly changing boundary conditions, such as in emissions legislation. Do you think this situation will remain the same, or what will be the next focus for CIMAC going forward?

Heim: Emissions legislation, especially the introduction IMO Tier 3 from Jan. 1, 2016, has kept the large engine industry busy for several years, but IMO Tier 3 is not the end of the story. I have no doubts that the trend towards lower emissions will continue, and despite the fact that ships powered by large diesel or gas engines already offer the lowest CO2 (carbon dioxide) emissions per tonne and kilometer, the pressure on our industry to develop propulsion solutions with higher efficiencies and lower CO2 emissions will not decrease in the coming years.

But beside the technological aspect of providing the right solutions, an important issue that needs more attention is the reputation of the shipping industry in the public eye. What people still see in harbors are ships with black smoke coming out of their stacks, and what they read are articles about the harmful effects of burning heavy fuel.

The need to reduce exhaust emissions and make ships cleaner triggered the adoption of the IMO emissions regulations. However, the discussion about the postponement of IMO Tier 3, especially the limitation of the sulfur content of heavy fuel, has been a severe setback to the reputation of the shipping industry and created the perception of an industry that is dragging its feet in getting its engines clean.

Thus, beside our efforts to develop the required low-emissions technologies, we also have to work on getting the message out to the public. Many people outside the industry are not aware of the huge efforts and achievements to make ships much more environmentally friendly than they were in the past. Our industry meets at congresses, seminars, symposia and trade fairs where we share the latest achievements on low-emissions technologies among ourselves and with the trade press. But it seems to me that we need to pay more attention to transferring this message to people outside the industry instead of leaving the field to others. Communicating to the public what we are doing to make our engines cleaner is the task of all representatives of our industry and an area where CIMAC needs to put in further work.

WW: The Helsinki congress had the theme of “Meeting the Future of Combustion Engines.” What does this future entail, in your opinion?

Heim: Future combustion engines will be cleaner than today and lower in CO2 emissions, comprehensively monitored and self-optimizing in their performance in order to ensure the low life cycle costs and the high availability to the operator. This requires a high degree of electronic control and monitoring and being an integrated part of an advanced power or propulsion system in a power plant, a locomotive or a ship.

WW: Another topic that is gaining importance within CIMAC, and which you just mentioned, is system integration. What is the importance of this approach in the efficient operation of modern combustion engines?

Heim: Over decades, large engines were optimized for efficiency and reliability as stand-alone machinery. Nowadays, the new challenge is to combine the need for low emissions with the strong push to reduce CO2 and at the same time optimize life-cycle costs without jeopardizing reliability. Technically, those targets all conflict with each other to some extent, so our challenge is to combine the complete package of available technologies on the engine and around the engine in the best way, technically as well as economically.

About 15 years ago, engine makers started using the term “intelligent engines” in their slogans, referring to then newly introduced electronic engine controls. But the real step to intelligent power systems is the integration of all the advanced technologies into a complete power solution, which is controlled and monitored in a smart way and able to deliver its full potential under all operating conditions to the benefit of both the environment and the operator.

WW: What trends do you see gaining importance for the various industries, such as marine, power generation and rail? Gas and dual-fuel, hybrids, alternative aftertreatment technologies?

Heim: In the foreseeable future, the main focus of the whole engine industry will remain on emissions reduction. Regulations applying to all kinds of applications, locally and globally, are getting stricter and this trend will only continue. The complete array of advanced, highly integrated technologies will be used, as mentioned before, tailored to the application in the way that fits best to meet operational requirements.

Gas and dual-fuel engines will definitely play a role in applications that benefit from the environmental advantages of gas versus liquid fuel and where the availability of gas is secured. The tremendous success of dual-fuel engines as the predominant propulsion solution for LNG (liquefied natural gas) carriers has been the first step on the way to making gas an accepted and familiar fuel in the marine industry and a long-term alternative to heavy fuel.

Hybrid technologies, on the other hand, can be an interesting alternative for local applications like tugboats or short-distance ferries, in cases where ultralow emissions are a major requirement and where there is the possibility for regular recharging of the battery system. There are interesting pilot projects in the pipeline, and I am sure that we will see more of this in the near future. However, hybrid systems will remain a niche technology as long as there is no major step change in the development of higher battery capacities.

WW: What has been the impact of very low oil prices and the reduced production of gas on the market for combustion engines?

Heim: The low oil price has had a huge impact on the global economy and has turned quite a few things on its head. The engine industry is suffering a lot from the global downturn of the oil and gas business. With crude oil becoming so cheap, gas has to some extent lost its attractiveness as an alternative fuel, and for the time being, there is less pull and push toward gas.

In the long run, however, I expect the situation to recover in favor of gas due to its clear advantages in terms of NOx (nitrogen oxides), SOx (sulfur oxides) and particulate emissions. The success story of gas will go on, albeit at a slightly slower pace than expected.

WW: What is the recipe for success for engine manufacturers nowadays?

Heim: The way to success in our industry, for engine makers and their suppliers, is based on a few crucial points: advanced clean technologies — that is, keeping focused on efficient low-emissions technologies and making them work as integrated power solutions — always keeping an eye on the benefit for the users; networks, which is cooperating closely with research partners, suppliers, customers and industry peers in order to be fast and efficient; and information technologies, which is keeping an eye on the latest IT technologies and their interlinking to advanced development and production methods.

In the not so distant future, the industrial Internet will affect our industry more than many people can imagine today.