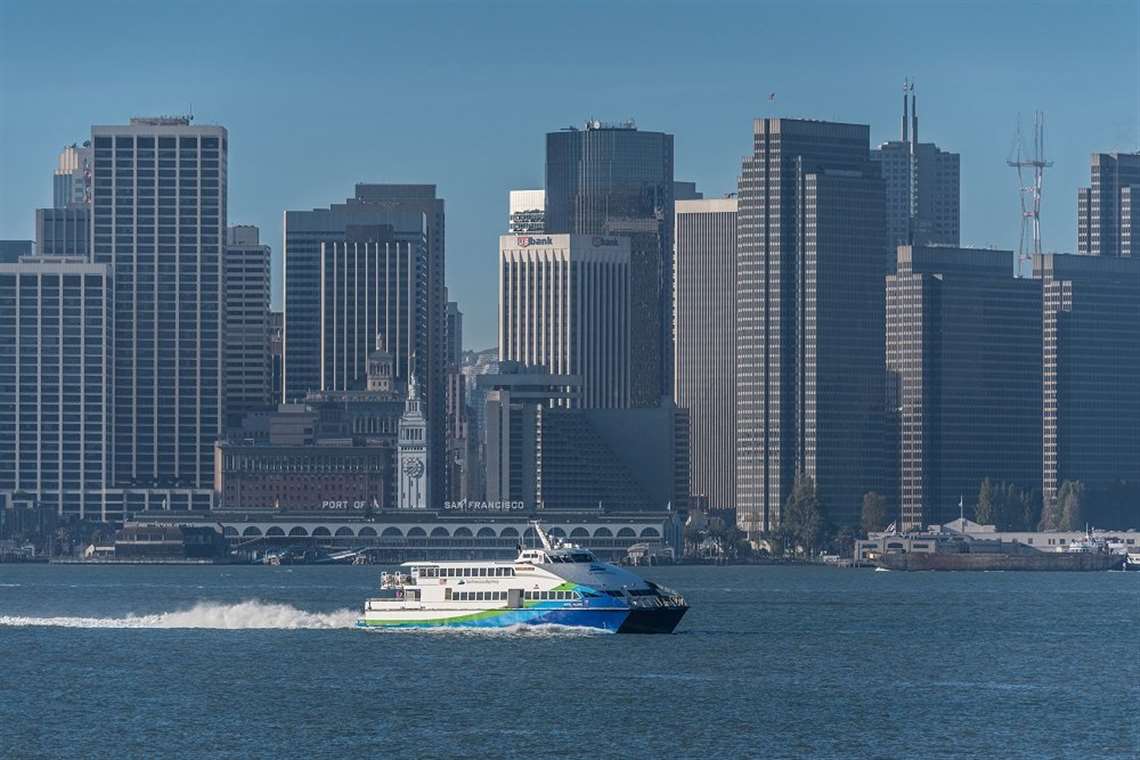 Rolls-Royce announced it has won an order to deliver its first EPA Tier 4-compliant propulsion systems from MTU to San Francisco’s Water Emergency Transportation Authority (WETA) for installation in three new catamaran ferries being built by Dakota Creek Industries. The first of the three high-speed vessels is expected to enter service on the San Francisco Bay in late 2018.

“Our goal is to operate a ferry service that is sustainable, cost-efficient and eco-friendly,” said Nina Rannells, WETA executive director. “The MTU Tier 4 engines will play a critical role in WETA’s expansion of sustainable and reliable ferry service on the San Francisco Bay.”

WETA is a regional public transit agency tasked with operating and expanding ferry service on the San Francisco Bay and with coordinating the water transit response to regional emergencies.

For the three new 44 m catamarans, MTU will supply a total of six 16V 4000 diesel engines rated 2560 kW each. To meet the stringent Tier 4 emissions requirements, each engine will be equipped with MTU-built selective catalytic reduction (SCR) systems. The engines will be teamed with six ZF marine gearboxes which will enable operating speeds up to 34 knots.

“The system solution that MTU offers satisfies all our criteria with respect to emissions, space requirement and performance,” Rannells said.

The MTU – San Francisco Bay Area ferry partnership goes back to 1997 and its development was strongly supported by the MTU distributor Pacific Power Group. WETA now operates over 30 MTU Series 2000 or 4000 engines in its passenger-only ferries.

“We are immensely proud that WETA has selected our Tier 4 engines,” said Knut Müller, head of marine and governmental business at MTU. “WETA has always sought drive technology of the highest order in terms of innovation and ecological soundness and that has constantly challenged us to keep on developing.”

WETA’s current ferry fleet is comprised of 14 high-speed catamarans that provide service via nine terminals between the cities of Vallejo, San Francisco, Alameda, Oakland and South San Francisco. Since 2012, passenger numbers have grown by 78% and now reach the 2.7 million mark. The ferries are deployed to relieve the traffic on Bay Area bridges.

“We are experiencing unprecedented growth in ferry ridership,” Rannells said. “As our Bay Area population expands and traffic congestion continues to worsen, more and more people are looking for a convenient and enjoyable means of transportation, and they’re turning to ferries.”