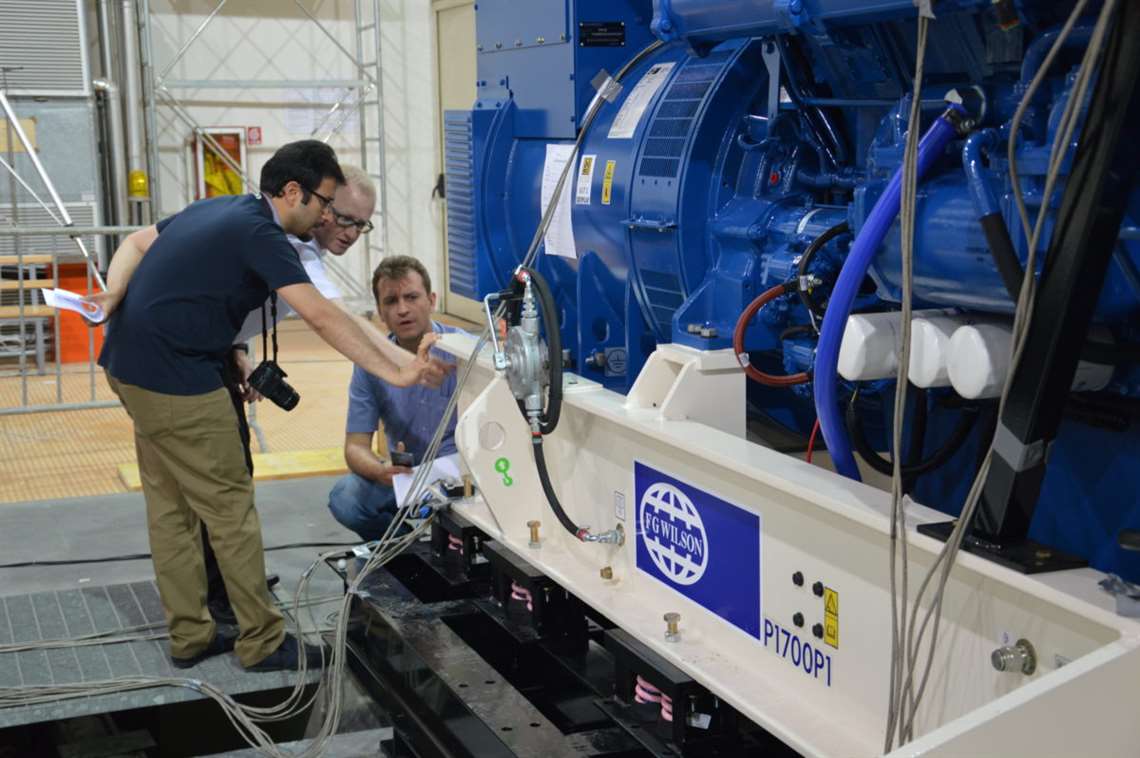 As the requirement for generator sets to have seismic certification continues to grow in many parts of the world, Northern Ireland-based manufacturer FG Wilson said the company has achieved the milestone for the first time.

According to the company, it is believed to be the first time a generator set powered by a Perkins 4000 series engine has achieved full seismic certification — the ability to withstand the effects of earthquakes.

In many regions, seismic certification is becoming a key requirement for generator sets, especially where they are installed in large buildings or facilities in urban areas.

FG Wilson P1700 and P800 generator sets were tested and certified in Rome last July at what is thought to be the only shaker table test facility outside of the USA able to accommodate machines of this size within the timescale allowed for the project. The testing included a 30-second seismic shake, after which the generator sets had to demonstrate the ability to start up and function normally.

To demonstrate reliability and performance after the seismic test, the generator sets were then returned to FG Wilson’s UK facility in Larne, Northern Ireland, which houses one of Europe’s largest testing and development facilities for generator sets, built at a total investment of US$26 million.

Ann Brown, managing director FG Wilson, added that, “This is a large scale and high profile project in Istanbul and for us to achieve seismic certification is a key milestone.”