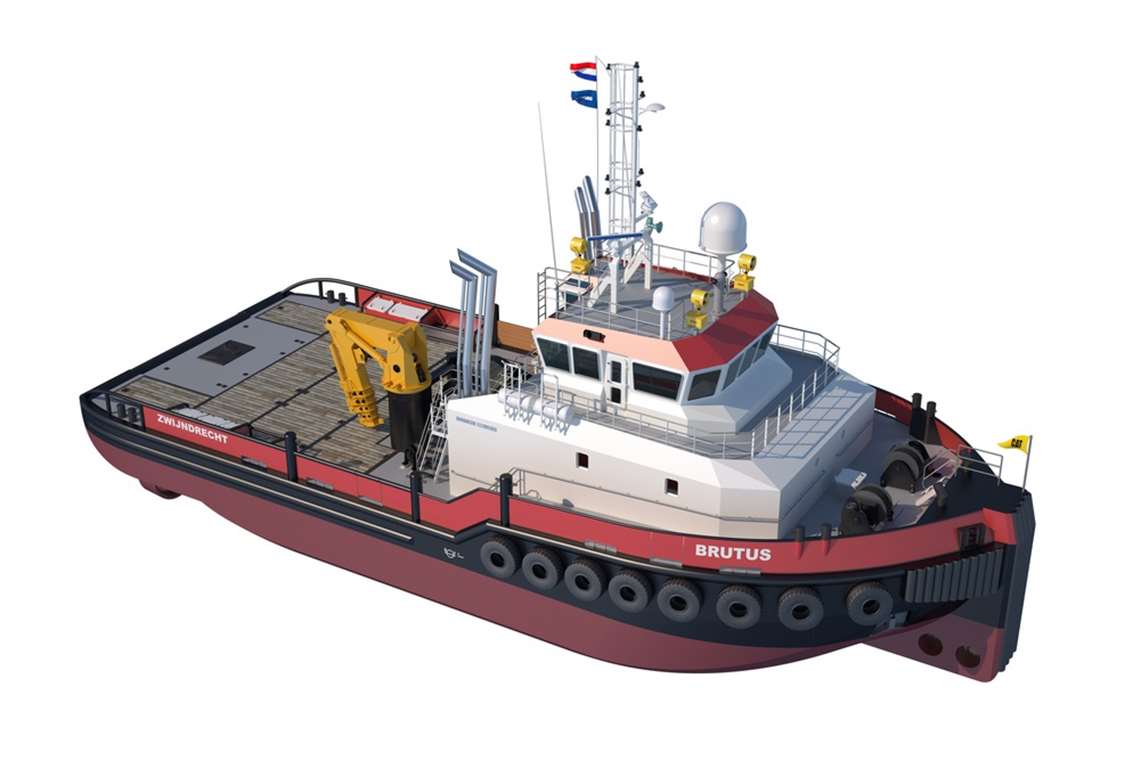 The new vessel is scheduled for delivery by the first half of 2020 and will be named Brutus. The Shoalbuster 3514 SD (shallow draft) DP2 (dynamic positioning 2) will be the first of a new Shoalbuster class and one of the largest and most sophisticated in the range, being also IMO Tier 3 compliant, the company said. The companies recently announced the official contract signing.

The Shoalbuster 3514 measures 35 m in length, nearly 14 m wide and will have a free deck space of 150 m2. With a draught of 2.70 m at full tank capacity and 2.40 m at 50%, she will be able to access waters inaccessible to other vessels of a similar size and capability, the company said. Four Caterpillar C32 ACERT engines will deliver a total of 5280 hp to four 1900 mm nozzles, an arrangement that contributes significantly to her shallow-waters capability.

With 60 tonnes of bollard pull, Damen said the ship will also be a powerful and effective towage asset. Brutus will be capable of PLGR operations, ROV surveys via a 600 x 800 mm moonpool, mattress installations, UXO clearance, mooring, pushing, dredging support, ocean-going towage and general offshore supply vessel duties. Other features include four-point mooring and she will also be equipped for anchor handling, with an open stern complete with roller. The accommodation is comprised of 12 cabins for six to seven crew plus 13-14 additional personnel.

Herman Sr. intends to use its Shoalbuster 3514 primarily for wind farm support and maintenance, where its shallow draft will allow it to work near as well as offshore. The DP-2 dynamic positioning system including ancillary thrusters are designed to ensure precision position-holding on the open sea as well in the vicinity of turbines and other structures. Its open stern will also make the vessel suitable for cable-laying operations and a sturdy aft deck knuckle boom crane will be capable of lifting a wide assortment of cargo and equipment.

“This new vessel will increase the services we can offer to our customers and shall give us more flexibility in the field,” says Jack van Dodewaard, managing director of Herman Sr. “The demand for DP-2 vessels is increasing and with this multi-purpose, shallow draft vessel we will be filling a gap in the market. The vessel will be very fuel efficient and will have a very low CO2 footprint due to its design. Our family has had a longstanding relationship for more than 70 years with Damen and so we are confident that they will deliver the vessel to us on time and to our satisfaction.”