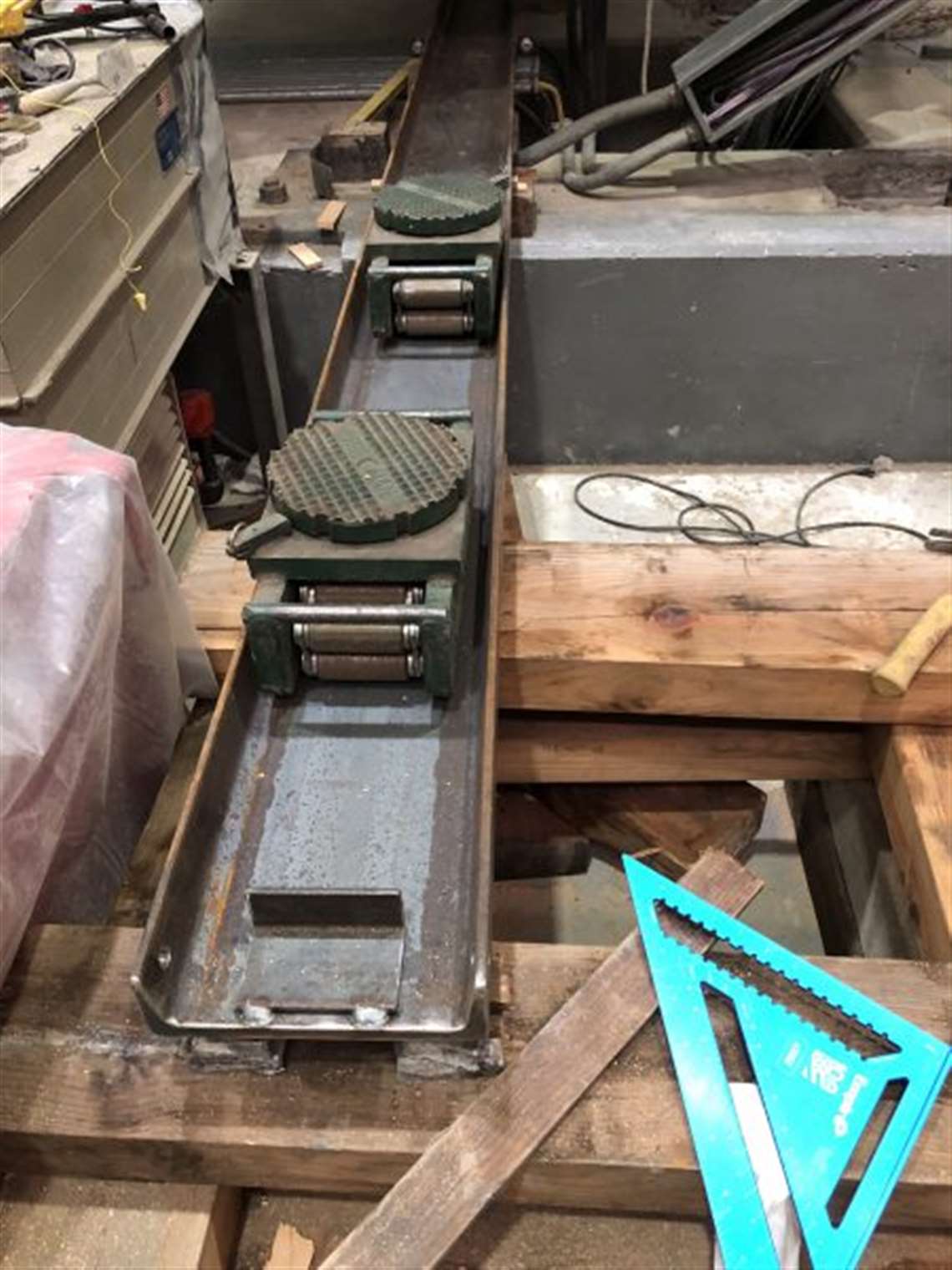 For the past seven years, the plant had consulted with the turbine manufacturer, inspection companies, vibration consultants, and vibration measurement vendors, including a motion amplification technology service that confirmed the excessive vibration, especially at the generator support “feet” bolted on the soleplates. An early analysis noticed that most of the feet had shim movement on a soft-foot check. Over the years, they had adjusted feet anchor bolts, installed more shims under the feet, realigned the generator coupling, realigned the turbine to the generator, and injected epoxy grout through holes under the soleplates, but any vibration reduction was short-lived. An elevation check revealed that most of the generator support feet were at different elevations, resulting in vibration and requiring shims to try and maintain machine alignment (Photo 1).

A structural assessment, design and repair company was eventually contacted for an assessment, and it was recommended that the sole plates be re-grouted with an epoxy grout, better than cementitious grout for vibration absorption, and that all the feet be set to proper elevations per original alignment.

Due to a limited amount of time and crane availability during a plant outage, the generator was disconnected and lifted 1.2 m off the foundation with jacks after unbolting the support feet from the sole plates (Photo 2). This was enough space for the structural repair company to remove the soleplates and the old grout, prepare the concrete surfaces and install the new grout, and replace the soleplates.

Before soleplate removal, optical surveying equipment was used to record the as found XYZ coordinates of the existing 10 soleplates.

Due to the weight of the soleplates and the limited vertical space for using lifting equipment, a rail system was created on-site and used to move the plates out from the top of the foundation (Photo 3).

It was determined that the original anchor bolts, embedded in the concrete under the soleplates, did not need to be replaced.

During the grout removal and concrete surface preparation process with pneumatic chipping guns, plastic was used to create a controlled area for dust removal per OSHA guidelines for silica dust control. The repair company created a silica dust control plan and used ventilation to move the dust outside the building.

Optical surveying equipment and jack bolts were used to set the soleplates to the correct elevations for proper machine operation (Photo 6).

After elevations were set, the space between the soleplates and the concrete was filled with new epoxy grout (Photo 7).

The foundation repair process was completed within seven days using one labor shift per day. After startup, the generator did not experience any vibration for the first time in seven years.

In summary, turbine and generator foundations can be very complex, and inadequate foundations can cause vibration and decrease machine reliability. The foundation is a unified, multi-physics system, and all parts of the foundation are critical to performance, including original design and condition of concrete, grout, soleplates, anchor bolts, and soil. Re-grouting allows replacement of old grout and re-setting of soleplate or machine framework to proper elevations to reduce vibration. Assessment, design and repair quality are very important, and vibration reduction can be significant after using trained and experienced inspectors, licensed and specialized design engineers with equipment foundation experience, and proven, knowledgeable field repair companies.