The main fears around very-low sulfur fuel oil (VLSFO), such as lack of availability and poor quality of new fuels, did not materialize

Just over a year ago, many in the maritime industry were on edge. A regulatory change seen as one of the biggest challenges to hit shipping in decades was about to take effect.

One news outlet called the change “a defining moment” in the history of shipping. One industry analyst warned of “massive disruption.” A shipping executive said customers were “suffering with all of this uncertainty.” 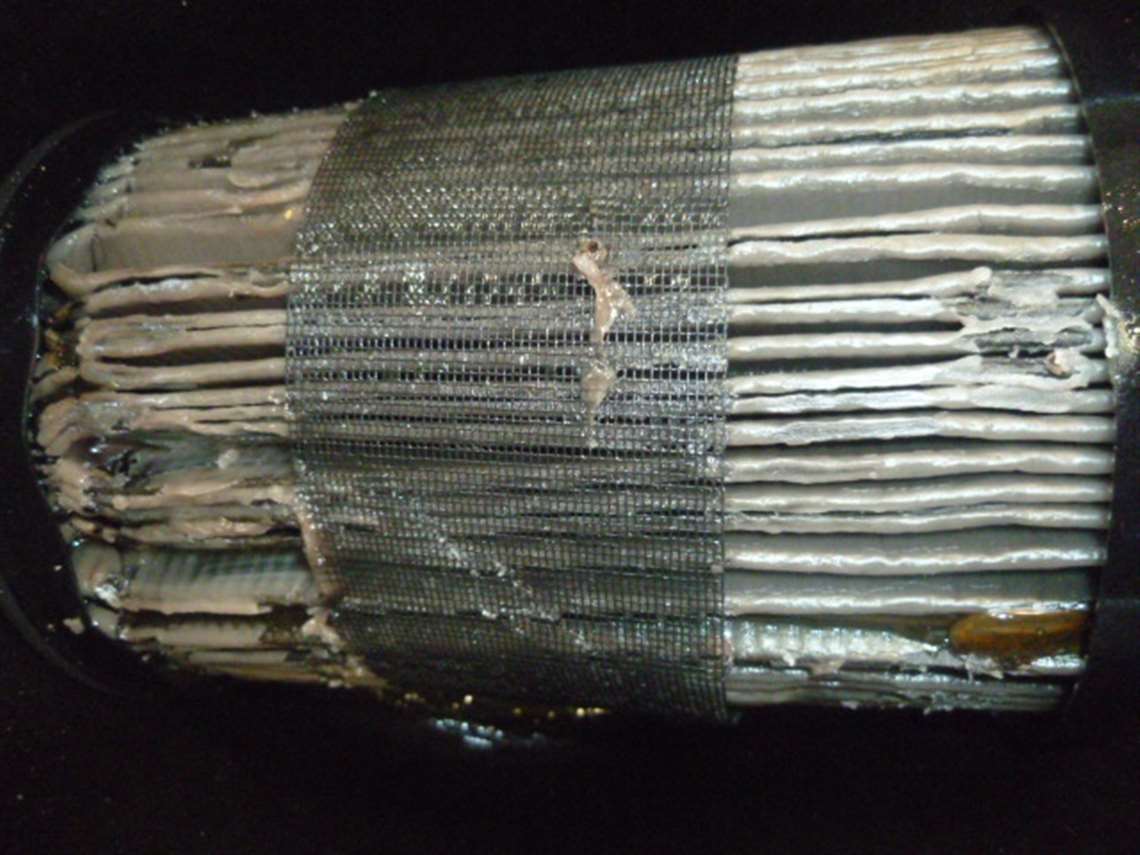 A filter clogged by wax.

For anyone with a short memory, those were some of the sky-is-falling predictions just before IMO 2020 took effect.

On Jan. 1, 2020, the sulfur content in marine fuels burned on the high seas fell from 3.5% to 0.5%, as mandated by the International Maritime Organization (IMO). Ships either had to change fuels or install exhaust gas cleaning systems, or scrubbers, so they could continue to burn 3.5% SFO.

The main fears around very-low sulfur fuel oil (VLSFO), such as lack of availability and poor quality of new fuels, did not materialize, said Charlotte Røjgaard, global head of VeriFuel, the marine fuel services program of Bureau Veritas (BV). VeriFuel is BV’s marine fuel services program designed to facilitate the future developments of the marine fuel industry. Backed by a global network of laboratories located at major ports, VeriFuel provides marine fuel quality and quantity assessments, advisory reports and expert opinion on current and future available fuels in the market.

“If we go back just one year, before Jan. 1, 2020, no one really knew exactly how these new fuels would look like,” Røjgaard said. “So there were a lot of discussions and rumors. It’s quite normal, it’s quite human to do that. And there were all sorts of theories being thrown out there.”

Some assumed the industry would see larger regional variations between the fuels. There were worries about stability and incompatibility. Fears that engines would be damaged, that ships might be stuck at sea with bad fuel. To be sure, there was a spike in scuffing on engine cylinders—but not directly because of the new fuel. Typically, improper fuel handling, tank cleaning or maintenance practices were the culprit. Even the expected price spread between low and heavy sulfur was lower than initially expected. Although the pandemic most likely played a part in that.

“The range went from people thinking it would be a relatively smooth transition to the full the ‘world will end’ scenario almost,” she said. “And of course the world didn’t end. I think everybody in the industry agrees that we saw fewer cases than the worst doomsday preachers predicted could happen.”

Røjgaard compared the challenges during the transition to “teething issues, because there are always teething issues when you see something new—those are unavoidable.”

Concerns about availability of the VLSFO ended up being overblown. She noted a few incidents initially in Singapore where the suppliers ran out, but supply is not an issue today. Røjgaard said oil majors began working through supply chain issues when the IMO made finalized the ULSFO implementation date in 2016.

“They understood that high sulfur fuels would not be an in-demand product to the same extent that it had been before,” Røjgaard said. “So the supply industry saw a way, again, to continue that business by changing the production into the very low sulfur fuels. So when we reached the first of January, no one could say exactly how much was needed, or where it was needed, so again there were some teething issues.”

“It burns very well, but wax can precipitate,” Røjgaard said. “If the fuel temperature drops below the temperatures where the wax crystals start to form filters may block, or it can even get where the fuel solidifies completely in the tank – similar to a candle. So as long as the fuel is liquid, and it doesn’t block the filter, it’s fine. If you drop below those temperatures and wax crystals start to form you may experience filter clogging, your separator can clog— worst case, the fuel can go solid in your tank.”

It’s important to keep the temperatures right, which gets back to good handling of the fuel, Røjgaard said.

“What is interesting here is that since the viscosity and the density on average is lower for the VLSFOs, the separation efficiency will become better,” she said. “This means that if you do not change any setting on your separator and you just continue to operate as before 2020, the efficiency will improve just because of the fuel properties.”

Although not unexpected, the variation in viscosity does require some operational awareness, Røjgaard said. Looking back to 2019, the majority of all fuel supplied were RMG 380 products. Those tended to have viscosities which varied relatively little, from somewhere around 350-380 centistoke. The current VLSFO can range from as low as 2.2 to almost 700 centistoke, Røjgaard said.

Manufacturers typically recommend injecting fuel at viscosities from 10 to 18 centistoke, depending on the type of engines, and viscosity is highly dependent on temperature. By adjusting the temperature, you can inject the fuel at the right viscosity.

“Which means from an operational perspective, now you really need to monitor your temperature adjustments, because you always need to adapt the temperature to the actual fuel you receive whether it’s 2.2 or 700,” Røjgaard said. “So you need to make sure that those temperatures are adjusted. There are viscosity meters on board the vessels that are supposed to do this automatically, but it’s one of these things you never considered because you never had all these viscosity variations. You do now.”

What challenges that arose because of the new fuel were not unexpected, Røjgaard said.

I don’t think there were a lot of surprises,” Røjgaard said. “Funny enough, the biggest surprise is probably that we saw more fuels that exceeded the spec limits on water.”

“We’ve experienced a couple of sludging incidents where it was difficult to pinpoint exactly why those fuels generated more sludge. It can occasionally be challenging to determine whether the responsibility is on the supply side or whether it’s on the operation side.

So, IMO 2020 was somewhat uneventful (one media outlet described it as the marine industry’s Y2K—everyone worried about it, but it ended up to be much ado about nothing). But it could have been much worse if companies hadn’t been diligent, Røjgaard said.

“I think a lot of operators actually listened to the advice they got from the industry,” Røjgaard said. “And a lot of operators really got themselves involved. Early in 2019 they started looking into how they could ensure a safe transition, how would they clean out the tanks, how would they get the old fuel out. A lot of companies had prepared well and ensured that their crews had been trained and so on.”

Although the worst-case scenarios didn’t come true, IMO 2020 did force shippers to review their practices and alter behaviors in some cases. The VLSFO still need to be treated carefully, Røjgaard said. Since it’s a fairly unregulated product, it makes sense to test your own fuels to know what you’re putting into your tanks.

“Even if it’s off spec, even if it’s bad performing, if you are in the middle of the Pacific and you have a bad fuel on board it becomes a safety issue because you need to keep operating,” Røjgaard said. “You don’t want to black out, especially if you get into rough weather. In the end, it will always be an operational challenge in the field. So it’s important to know what you get and you cannot always rely on the information you get at supply.

Taking the long view, Røjgaard said that even the challenges from VLSFO aren’t completely new. Shippers have had to deal with different ranges of viscosity, regional differences, waxy fuel. Now, it’s more a matter of degree.

“You need to ensure that you have crew that’s well-trained, that they understand what they’re dealing with, how to deal with things,” Røjgaard said. “I would say don’t grow complacent…just because we have been through the worst bit doesn’t mean we can sit back and rest.”