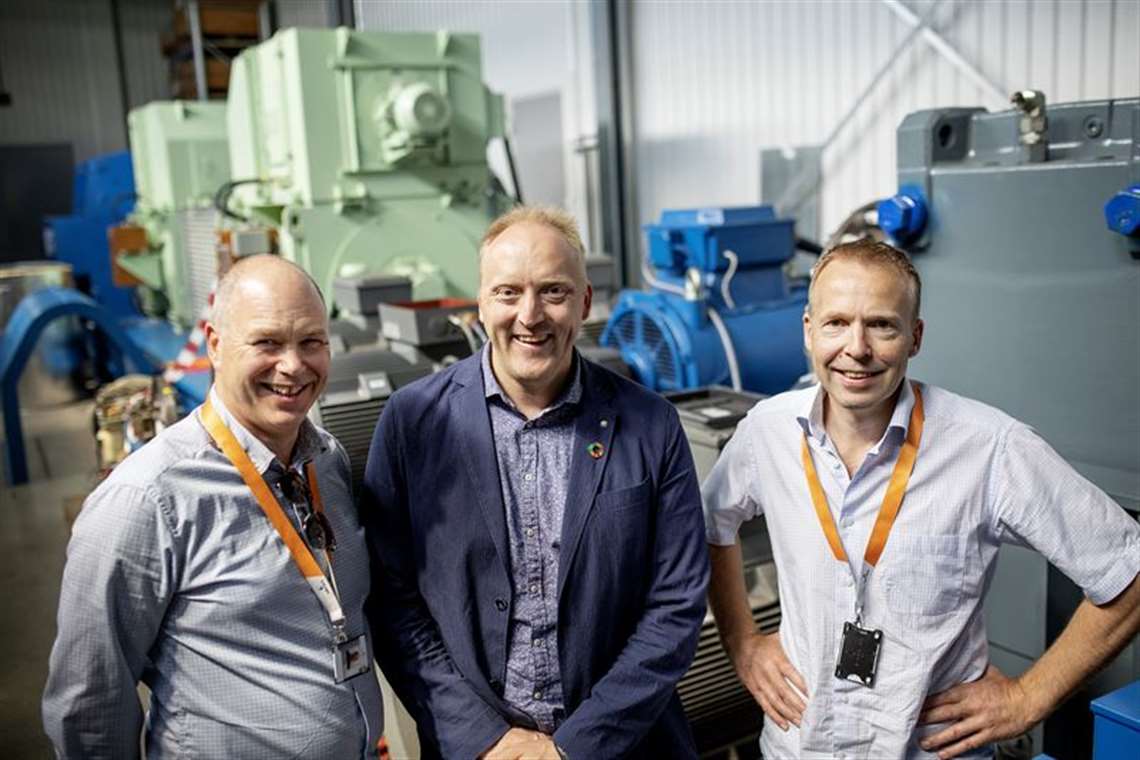 Wärtsilä, along with Knutsen OAS Shipping AS, Repsol, and the Sustainable Energy Catapult Center, will begin what they say is the world’s first long-term, full-scale, testing of ammonia as a fuel in a marine four-stroke combustion engine.

Ammonia is seen by many as a promising carbon-free fuel for marine applications, in view of the maritime industry’s need to reach the International Maritime Organization’s vision of reducing greenhouse gas emissions from shipping by at least 50% by 2050. Furthermore, ammonia has potential for providing green energy to remote power systems, such as offshore installations on the Norwegian Continental Shelf.

Development work by Wärtsilä, as it prepares for the use of ammonia as a fuel, continues with this testing program, which will be the world’s first full-scale four-stroke combustion engine test. The project will commence in the Sustainable Energy Catapult Centre’s testing facilities at Stord, Norway during the first quarter of 2021.

“We are really excited to further develop and understand the combustion properties of ammonia as a carbon free fuel in one of our multi-fuel engines”, said Egil Hystad, general manager, Market Innovation at Wärtsilä Marine Business. “Ammonia storage and supply systems will be designed and developed for maximum personal safety, and in parallel with the Fuel Gas Handling System under development as part of the EU project ShipFC. This project is coordinated by NCE Maritime CleanTech, and it involves an ammonia driven fuel cell which will be tested on the Eidesvik Offshore supply vessel, Viking Energy.”

The testing is made possible by a 20 million Kroner grant from the Norwegian Research Council through the DEMO 2000 program.

“This is a great example that illustrates the importance of dedicated petroleum R&D. This DEMO 2000 project is another steppingstone for reaching our ambitious climate targets and it is also aligned with our recently published hydrogen strategy,” said Tina Bru, Norwegian Minister of Petroleum and Energy. “We need to develop and use new technologies that reduce emissions. We are very happy to support development work that can lead to increased use of ammonia as a fuel in shipping and in the offshore sector. Know-how from this project will also provide important input to the development of regulations for the use of ammonia and other low-carbon fuels.”

From testing to real operations

Wärtsilä, as part of its development work on future fuels, has studied the use of ammonia as a future carbon-free fuel through the ZEEDS initiative. The company’s first ammonia combustion tests began in Vaasa, Finland, earlier this year and will continue with this long-term testing at the Sustainable Energy Catapult Center facilities in Stord.

“We are extremely pleased to be part of this project that will prove for the industry the robustness of ammonia as fuel. The project confirms our test facilities’ and Norway’s leading position within the testing and development of solutions for the use of maritime carbon-free fuels”, said Willie Wågen, CEO of Sustainable Energy Catapult Centre. The center is part of the Norwegian Catapult program that facilitates a national infrastructure for innovation. The program is run by SIVA in close cooperation with Innovation Norway and the Norwegian Research Council and financed by the Norwegian Ministry of Trade, Industry and Fisheries.

The full-scale fuel testing program can pave the way for ammonia engines to be used in real vessel operations within few years, and several shipowners have shown interest in this possibility. It will also provide important insights into the long-term effect of an ammonia fueled engine in relation to other systems and components in a vessel, including the required safety measures.

Close cooperation between the government and industry

“A future implementation of ammonia as a carbon free fuel, combined with clean energy production from offshore wind or other renewable energy sources can be the start of a new industrial era for the Norwegian industry”, said Hystad. “The Norwegian culture for collaboration and knowledge sharing across different companies and sectors, is a great support in closing big technology gaps. The assistance, cooperation and funding from governmental institutions are essential to drive the change towards a carbon free future.”