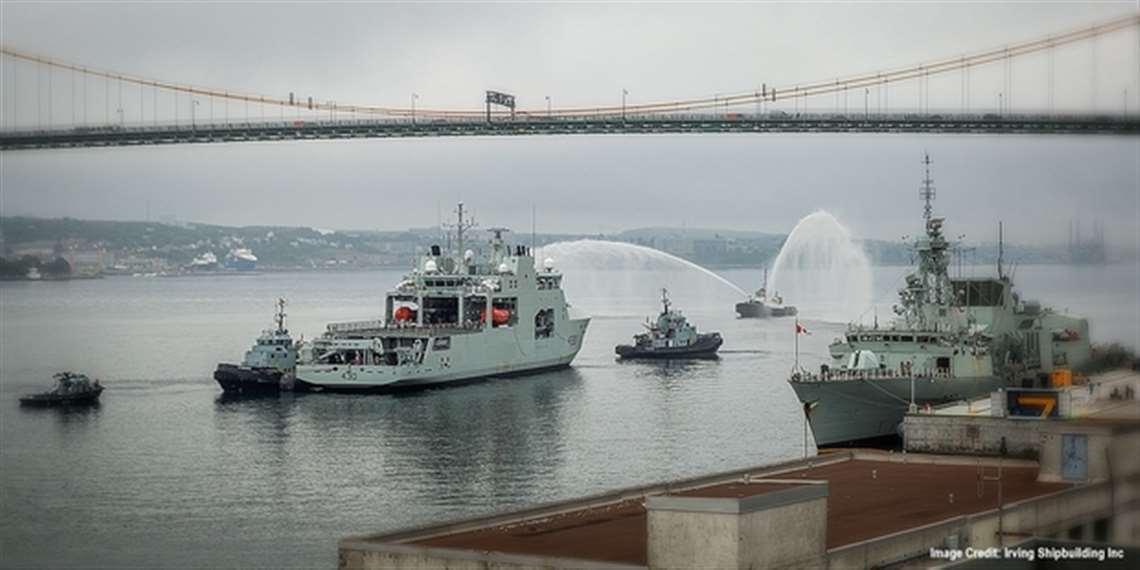 “GE Power Conversion’s dedicated AOPS team developed a close working relationship with the customer, Irving Shipbuilding Inc., maintaining an open line of communication that was instrumental in meeting this key milestone for the Royal Canadian Navy”, said Ron Krivan, AOPS Program Manager for GE Power Conversion.  “Our team will carry the same dynamics with Irving Shipbuilding moving forward in support of construction of AOPS 7 and 8 for the Canadian Coast Guard.”

For the full-electric propulsion system, GE said it leveraged its proven technologies, building on recent experience in providing power and propulsion solutions for naval ice class vessels for South Africa and Chile, as well as other commercial vessels.

GE’s drive train for each of the two propulsion shafts includes GE’s MV7000 variable frequency drive which is used in many vessel types around the world as well as in numerous industrial applications.  This large user base ensures ready supply of spares and service support.  Each shaft is directly powered by a slow speed induction motor with optimized design for ice operations, including an ability to deliver high intermittent over-torque at zero and low RPM should the propellers encounter heavy ice loads.  This feature makes the AOPS propulsion solution highly suitable for a variety of other ice class vessels that could operate in the Arctic and Antarctic.