The project supports the Australian government’s commitment to building a hydrogen industry in Australia and the Northern Territory’s Roadmap to Renewables energy policy, which targets 50% renewable energy by 2030

The Northern Territory’s major electricity producer Territory Generation ordered the unit in order to further stabilize the Darwin-Katherine interconnected system, which serves communities and businesses across areas including Darwin, Palmerston, Berry Springs, Katherine, and the Cox Peninsula. The unit is compatible with the incoming Darwin-Katherine battery energy storage system and will support the integration and growth of renewables in the Northern Territory.

“Territory Generation sought technology to modernize our current fleet that struggles to meet changing grid demands and low power system loads. We plan for the TM2500 to be the first of multiple units to be deployed over the next five years as existing units near their end of life,” said Gerhard Laubscher Territory Generation CEO. “At this stage, the TM2500 generator’s operational flexibility makes it the best fit to firm up the growing renewables base in the Northern Territory.” 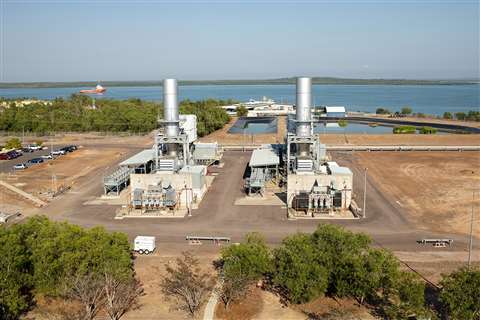 The Australian government has committed to building a hydrogen industry in the country, with hydrogen a priority technology under its Technology Investment Roadmap. The Northern Territory Government has recently released its Hydrogen Masterplan and Darwin-Katherine System Plan which highlight the importance and need for agile generators and the potential for renewable hydrogen industry to support the Territory’s target of 50% renewables by 2030 and commitment to net-zero emissions by 2050.

The TM2500 gas turbine generator sets can run on different fuel sources to allow plant operators to use the least expensive and most readily available fuel, with expanding fuel capability to meet their needs over time. Any units configured with a Dry Low Emissions (DLE) combustion system are limited to 5% by volume hydrogen. Increased concentrations are allowed with the Single Annular Combustor (SAC) configuration, up to 75% by volume of hydrogen when blended with natural gas. This capability varies depending on the type of combustion system used. GE is working on expanding this capability through testing in its combustion laboratory.

“GE Gas Power has been powering Channel Island Power Station since its 1986 commissioning, as well as the neighboring Weddell Power Station, and we are proud that, once again, our technology met Territory Generation’s project requirements and timeline” said Sam Maresh, GE Australia President. “We are focused on delivering reliable, stable, cost-effective energy that supports energy providers, like Territory Generation, to assist with developing a hydrogen supply chain and transitioning Australia to a lower carbon future.”

GE’s TM2500 is derived from jet-engine technology powering the world’s airlines and is mounted on a wheeled trailer for ultimate mobility. With more than 20 years of experience and over 300 units installed around the world, GE’s TM2500 is a proven solution for providing a baseload bridge to permanent power installations or generating backup power in the wake of natural disasters, plant shutdowns, grid instability or in isolated locations. As a fast power unit, the TM2500 is capable of starting in 5 minutes with a ramp rate of at least 20 megawatts per minute. However, the ramp rate is subject to local requirements.

Territory Generation is undertaking its fleet transition over the coming years with the first new generator, the TM2500, expected to arrive in early 2022. Some legacy assets will be retained in standby condition to ensure adequate generation capacity is maintained and to facilitate response to growth opportunities for the Territory’s industrial sector. The fleet transition will be carried out in a cost-effective and staged process that will not impact electricity supply. Forecasts estimates the transition will significantly reduce carbon emissions and optimize costs for the power system. 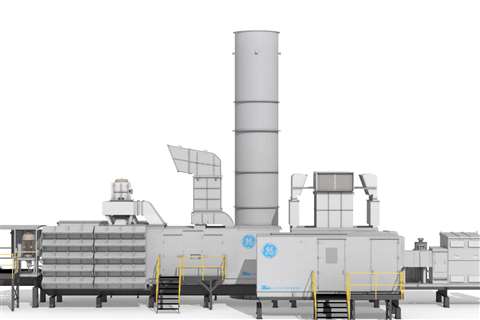