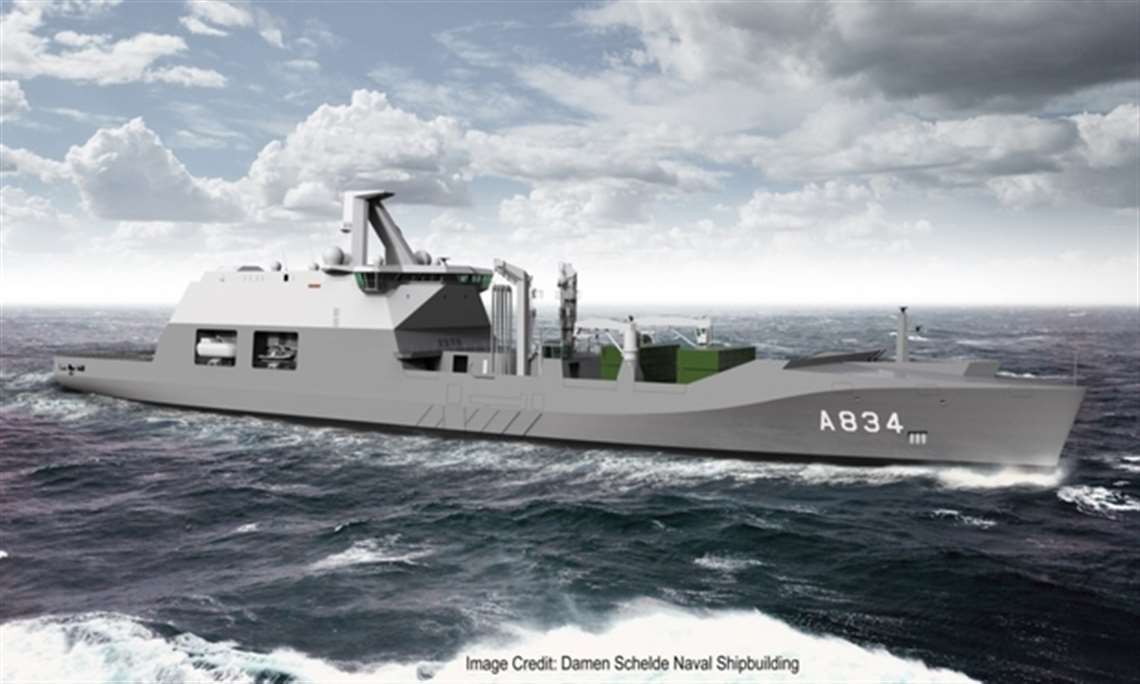 GE’s scope of supply includes the main switchboards for the ship distribution system, with two shore connection cubicles, the main electric propulsion system with two shaft lines of 7.9 MW each, as well as the associated power management and remote-control systems. The ship’s Energy Management System, which controls power generation and distribution systems, also supplied by GE, is designed to ensure availability of electrical power in the ship network.

By utilizing an existing vessel design, that one of the Joint Support Ship (JSS) already in operation with the Royal Netherlands Navy, GE and DSNS will be able to deliver the ship in June 2024. The CSS will be built by Damen in Romania, after which the ship’s combat management system – amongst others – will be installed in Den Helder, Netherlands. The engineering of the vessel will largely take place in the Netherlands, with a large number of systems and components being delivered by Dutch suppliers.

Once built, the CSS vessel will supplement the existing JSS, HNLMS Karel Doorman. The CSS, by its 180 m almost in length, will accommodate 75-persons basic crew with capacity for an additional 85 persons on-board. The CSS vessel has capacity for two helicopters and up to 25 containers, it will be able to support longer maritime operations, both nationally and internationally. This increases the effectiveness of both national and combined operations performed by the Royal Netherlands Navy.

“We are proud to be working with DSNS to deliver this vessel to the Royal Netherlands Navy. GE’s proven technology will enable the smooth, quiet running of this dedicated naval vessel,” said Eric Muller, Regional Marine Leader for GE’s Power Conversion business.